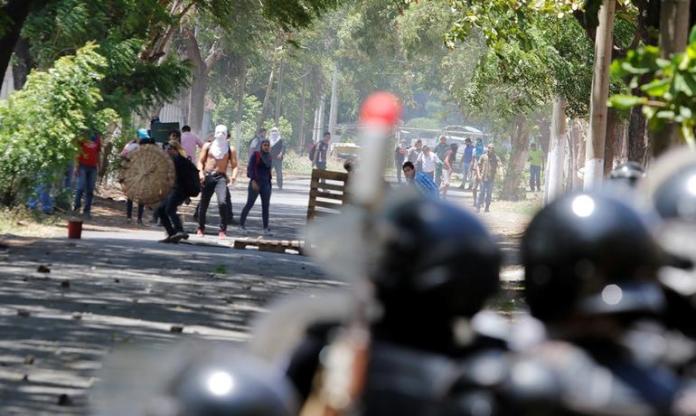 A protest over social security changes in Nicaragua has led to clashes between opponents of the measure and government backers.

Hundreds of activists, elderly people and others were demonstrating Wednesday in the capital of Managua when they were set upon by members of a pro-government youth group and public workers.

At least five people were injured in the melee, including a freelance news photographer. Photographer Alfredo Zuniga was struck in the head and cut by an unknown object but was not seriously hurt.

The government’s overhaul increases income and payroll taxes and makes changes to pensions to try to shore up Nicaragua’s troubled social security system.

There were similar clashes in Leon, west of Managua.