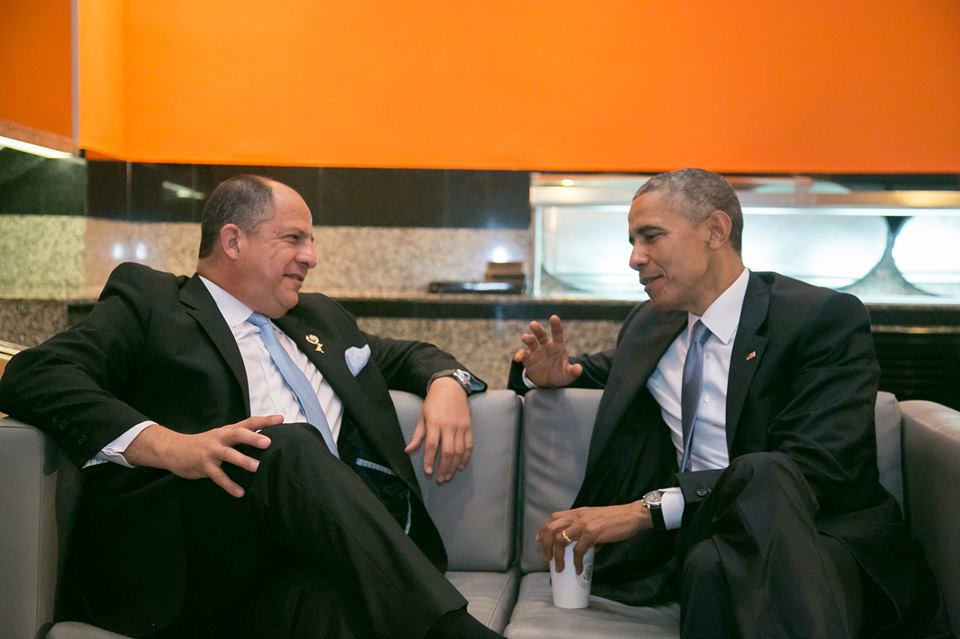 QCOSTARICA – Developing a strategy for small and medium businesses (PYMES in Spanish) in the region, investing in technical education for women, the indigenous and Afro-descendents, were part of the proposals made by President Luis Guillermo Solis to U.S. President Barak Obama, participating in the Summit of the Americas, in Panama.

The private conversation between the two on Friday was brief, just five minutes, as Solis greeted Obama before the start of the meeting of the Central American Integration System (SICA) and the U.S.

The SICA meeting was part of the Summit of the Americas conference.

Are you thinking about becoming a casino dealer? If you’re a Hungarian citizen, we’ll tell you more about what you need to know. You...
News

QCOSTARICA - The United States presented on Monday a plan to share 55 million doses of coronavirus vaccines worldwide, with approximately 75% of the...
Cine (Movies)

QCOSTARICA - Emilia Navas will not be removed from her position as attorney general, after calls for her to step down due to her...
Guanacaste