“Sometimes you have to trouble yourself to get to the good friends”, Says Chinchilla 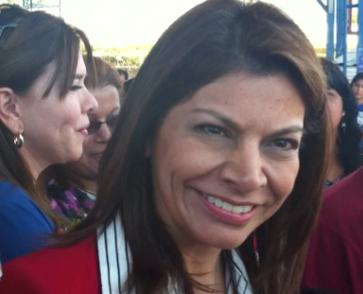 “Sometimes you have to trouble yourself to get to the good friends”, were the words of Presidenta Laura Chinchilla to Costa Ricans who felt “bothered” by the visit of U.S. President Barack Obama.

Some, by way of the social media networks, felt it unfair that everyday life in San José was disrupted.

Doña Laura said that she understood the discomfort generated by the Obama visit.

Costa Rica is hosting the conference of the Central American Integration System (SICA), uniting the presidents of Central America and the Dominican Republic and with a special visit by the United States president.

Presidenta Chinchilla is the pro-tempore president of the SICA, a post that rotates every six months among the presidents of Central America and is playing host to U.S. president Obama.