State Collects Taxes to Leave The Country, But Does Not Use The Funds, Comptroller Says

QCOSTARICA (La Prensa Libre) – A report issued by the Contraloría General de la República (CGR) – Comptroller General, reveals that the State collects taxes to leave the country by land to both people and exports, however the amount collected is not used.

The collection of taxes went into effect in July 2103 (Ley 9154), with the purpose of using the tax to improve the infrastructure of the border posts.

“Although it has collected ¢1.541 million colones, it has not yet used the money,” says Dieglo Leiva, of the Comptroller’s Financial Management.

Leiva highlights that this (non use of the funds) occurs “even though the posts suffer from significant deficiencies.”

For example, the Comptroller’s report shows that people moving through the Sixaola border (with Panama) do so by walking down an old bridge in disrepair. “This is a daily occurrence for students and commuters,” says Leiva.

The Comptroller’s report also noted deficiencies at the border posts in the north with Nicaragua (Peñas Blancas) and the south with Panama (Paso Canoas).

In addition, the Comptroller report says that the Dirección de Tributación (Tax Department) is not asking the immigration service information on the flow of people across the borders. 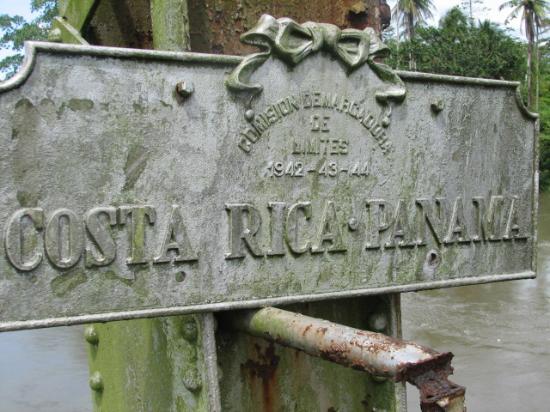 Given this, the Comptroller has ordered the Ministro of Finance, the Director of Taxation and the Charmain of the Land Border Posts, to address the problem.