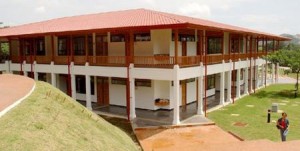 By: Wilberth Villalobos Castrillo, VozdeGunacaste / The four higher education State universities will receive $ 200 million for the implementation of various educational projects next year.

The announcement came on Tuesday June 4th, after aproval on second debate in the Legislative Assembly of the loan from the International Bank for Reconstruction and Development (IBRD), which is part of the World Bank.

According to the draft Law, each university will receive $ 50 million which will be assigned to sub-specific investment projects according to the needs of each institution.

The regional campuses of UNA in Guanacaste, will have $ 4.1 million for the next academic year and will be carried out in the academic campus of Liberia and Nicoya.

This was reported by Ana Lorena Jimenez, an official from the office of Development of UNA, who also indicated that this amount includes the construction of student residences (one for each site), recreational works and a basic science teaching lab, as well as the furniture and equipment required.

Jimenez explained that the regional offices do not manage the funds, but will be directly from UNA’s Head Office in Heredia and it will start the execution of these next year.

QCOSTARICA - The United States has eased travel advisories for most Central American countries, with the exception of Costa Rica and Nicaragua, according to...
Peru

QCOSTARICA - The Ministry of Health issued a new guideline on Thursday that establishes the requirements to request the vaccination certificate against covid-19 in...
Disasters