Steven Tyler: ‘We Will Be The Last Band Standing’

The name Steven Victor Tallarico does not mean much to many, but Costa Rica does mean a lot to him. In fact, Steven recently spoke to Viva, La Nacion’s entertainment magazine, that Costa Rica is his second most favourite place in the world. 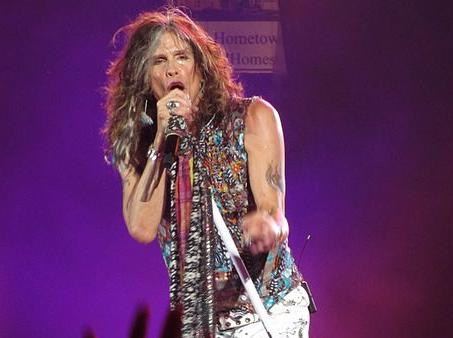 Steven Victor Tallarico is better known in the world of Steven Tyler, singer, songwriter, and multi-instrumentalist, best known as the frontman and lead singer of the Boston-based legendary rock band Aerosmith.

“Costa Rica is my second favourite place in the world after Maui (Hawaii).  I love to go and hear the howler monkeys, I love the canopy, volcanoes and of course, the fans … So, I’ve been there as a tourist twice, the last one a couple of years ago”, Tallarico told Arturo Prado.

Aerosmith will be making a stop in Costa Rica on the Global Warming World Tour. This will be the third concert in Costa Rica inthe history of the band that was formed in Boston, Massachusetts in 1970 when guitarist Joe Perry and bassist Tom Hamilton, originally in a band together called the Jam Band, met up with singer Steven Tyler, drummer Joey Kramer, and guitarist Ray Tabano.

Tallarico (Tyler) and the “The Bad Boys from Boston” will be playing the Estadio Nacional (National Stadium) on October 1, and not at the Ricardo Saprissa stadium as was initially announced. 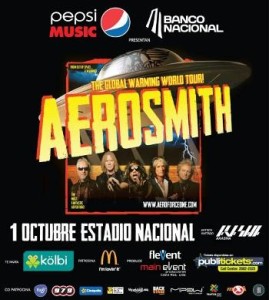 The last time Aerosmith played in Costa Rica was in 2010, in the Autodromo in La Guacima.  Before that, it was more than a decade, since they have visited Costa Rica.  Since 2012, the Global Warming Tour Aerosmith has been playing concerts in over 60 countries in North America, Asia and Oceania, in order to promote Music from Another Dimension!, The latest album of the band.

Tickets are available on Publitickets if you are in Costa Rica.

If you are located anywhere else, you can buy tickets on Aeroforceone.com

With notes from La Nacion’s Viva.

Gene Simmons, the demon of Kiss: Rock is dead because fans don’t pay for it

The KISS concert in Costa Rica on April 28 at the...
Read more

QCOSTARICA - The Caja Costarricense de Seguro Social (CCSS) reports that 70.3% of people over 58 years of age, the so-called Group 2 of...
Reports