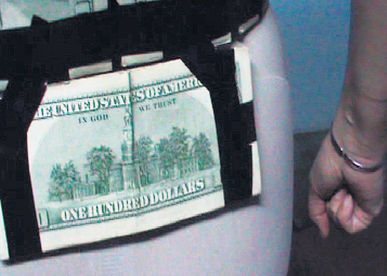 A stewardess for a Mexican airline, identified by her last name Rodriguez, was arrested outside the San José airport during a routine spot check, found carrying hidden on her body US$160.000 in cash. 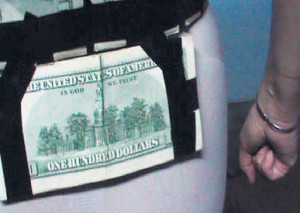 Authorities say the woman was intercept by the Fuerza Publica (police) and the Policía de Control de Drogas (PCD) – drug police – in a routine roadside check to curb theft of tourist luggage and drug trafficking.

Police officers suspected something wrong when they say the woman, dressed in a stewardess uniform, travelling alone in a public taxi. Airline staff usually are transferred in groups and by private transportation arranged by the airline.

Authorities say the woman appeared nervous, prompting a closer inspection, finding she had attached to her body the large sum of cash.

The Organismo de Investigacion Judicial (OIJ) – Judicial Police – say the money was being delivered to the Caballeros Templarios (Knight Templar) cartel. Costa Rican authorities suspect that the recipients are Victoriano and Jorge Alvarado Carrillo brothers, who were arrested last week with charges of money laundering and double murder. 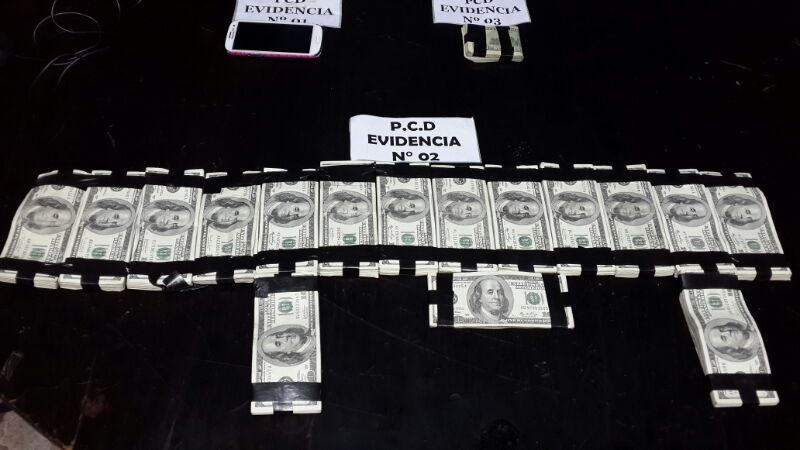 The director de la Fuerza Pública, Juan José Andrade, confirmed that the 28-year-old woman carried the bills taped to her body and she was heading to a hotel in San José on Wednesday night.

The woman was remanded to three months preventive detention while authorities continue their investigation.