Storyteller Shows Serious Promise With ‘The Sound of Things’ 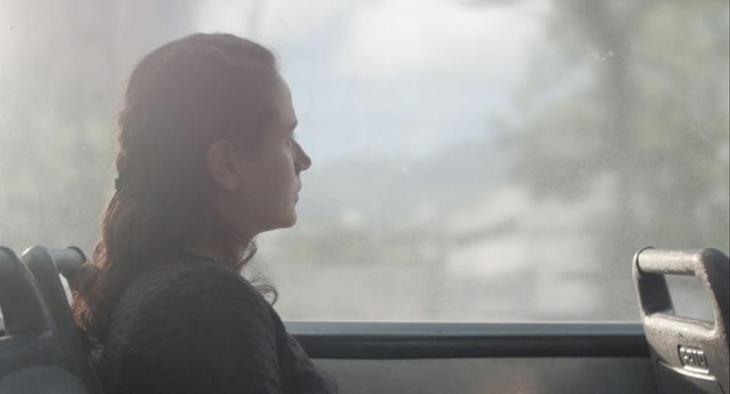 Life is a mundane ritual for Claudia (Liliana Biamonte), the lonely young nurse at the center of Costa Rica director Ariel Escalante’s thoughtful debut “The Sound of Things” (“El sonido de cosas”). This quiet, unassuming character study offers no big gestures or fancy tricks, but its subtle attention to behavior and inexpressible feelings reflects the intelligence of a promising storyteller attuned to cinema’s unique powers.

Suffering from the suicide of her cousin just a few months earlier, Claudia leads a drab life helping patients on a tight schedule, riding the bus home at the end of each day, and wandering quietly around her apartment. Either bored or baffled by histrionic group therapy sessions she attends with her grieving aunt, Claudia finds herself more at home with denial. She seems perfectly content with her insular existence — until someone on the same wavelength arrives to shake up the illusion of stability around her.

In the hallways of the hospital, she runs into an old acquaintance named Santiango (Fernando Bolañes) who may or may not be an ex-boyfriend. Those details come with time: Just as Claudia has shut herself out of the world, so too does the movie follow suit, gradually revealing small details about the character as she opens herself up. It’s a testament to Escalante’s restrained narrative style that the movie never forces these details upfront; her identity emerges as she gains the confidence to confront her inner turmoil.

As Santiago moves toward reintroducing himself into Claudia’s life, it turns out he’s got a secret of his own: the recurrence of disease that he plans to endure in private. Suddenly, Claudia’s forced to cope with someone else’s secret hardships, and in the process winds up vulnerable to the very emotions she’s avoided for so long. It’s a blunt setup that at times feels too neat, and never leads to any surprising twists. But that’s key aspect of its gentle approach, which applies the textures of silence, side glances, and awkward exchanges to the makings of a clichéd drama — and, in the process, moves toward reinventing it.

All of that makes “The Sound of Things” into a promising calling card for newcomer Escalante, an editor whose credits include the Costa Rican Oscar submission “Red Princesses.” His background shows in this concise 78-minute feature’s tight assemblage, which magically sustains an absorbing pace even as virtually nothing happens. Escalante’s artfully listless plunge into the everyday realities of troubled character resemble the dreamy narratives of Argentina’s Lucetia Martel, although Escalante has cited Yasujiro Ozu as an inspiration, and he’s certainly on the right track emulating that master of bittersweet working-class experiences.

However, the true revelation is Biamonte, a young actress whose monotonous expressions eventually erupt into stunningly credible duress in the film’s closing scenes. Her transformation glues the movie’s aimless style together. She maintains a sleepy demeanor throughout the movie, as though a prisoner to her surroundings, and the movie’s bland art direction provides an excellent template for her preferred state of mind. With time, however, her exterior armor gives way to outward expressions of frustration, and the physical transformation is remarkable.

More of a prolonged sketch than fully realized concept, “The Sound of Things” leaves something to be desired just when it starts to gain momentum. Yet it never loses the sense of dramatic psychological events taking place just beneath the surface. That alone proves that Escalante is a filmmaker attuned to the minutiae of being alive, and makes it worth keeping tabs on whatever he does next.

“The Sound of Things” premiered at the 2016 Costa Rica International Film Festival. It does not currently have U.S. distribution.

- Advertisement -
Paying the bills
Previous articleAn Anthology of Social, Political and Legal Considerations For Costa Rica
Next articleBus Operators Propose “Odd” and “Even” Day To Vehicular Restrictions of San Jose

QCOSTARICA - An outbreak of 15 people positive for...
Trends