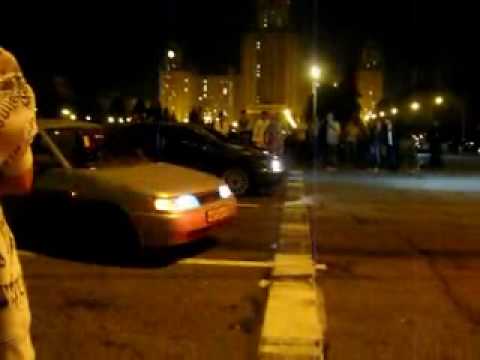 Street racers in Costa Rica, known as “picones” in the local slang vernacular, are staying one step ahead of the law with a tactic typically used by the police offers that attempt to put an end to their reckless driving. According to a recent article written by Roberto Portuguez for news daily La Prensa Libre, picones in Costa Rica have snitches planted inside law enforcement agencies. 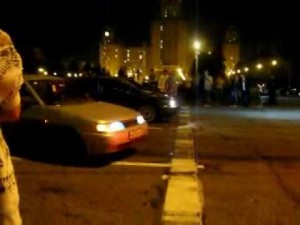 While authorities are planning the road blocks, roving patrols and raids they will conduct to break up illegal drag races, speed demons are being notified of the plans and passing the word around. In some cases, officers on patrol will spend an entire night watching a known meeting point and not a single street racer will even bother to drive by.

Picones in Costa Rica are an organized bunch. They use radar detectors, two-way radios, smartphones and online social networking to communicate, organize their illegal races and evade the police. They feel the need for speed, but the cops assigned to the street racing beat feel the need to confiscate their vehicles. Anti-street racing operations are a multi-agency effort that usually involves members of the Transit Police and the Judicial Investigations Organization (OIJ), although support from Fuerza Publica -Costa Rica’s national police- is sometimes requested.

According to a Tico street racer that spoke to La Prensa Libre, some members of the police in Costa Rica are picones when they are off-duty, and they become willing “sapos” -literally “toads” but also slang for snitches. These sapos are both drivers and gearheads (auto technicians) who ostensibly have an arrangement with the street racing community: “I will be your informant, but don’t tell anyone I am a cop.” 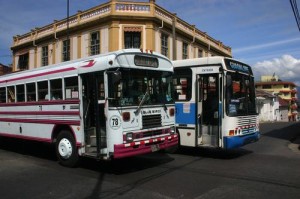 Some of the typical meeting points for street racers in Costa Rica include Curridabat in the eastern suburbs of San Jose, Caldera near Puntarenas, La Lima in Cartago, and Santa Ana to the west of the capital city. In some cases, police officers will monitor these sites and notice zero drag racing activity, only to turn to Facebook or Twitter and find that their operational planning is being leaked in real-time. Law enforcement in Costa Rica cannot allocate undercover resources in these street racing rings since these cases must meet the criteria of in flagrante delicto doctrine, which means that the crimes must happen spontaneously and in plain view in order to be brought to trial.

The contentious Transit Law in Costa Rica considers picones to be reckless drivers, and thus no tickets are issued when they are caught. Instead, they are cited to appear in court and their vehicles are impounded. The Director of Transit Police considers these snitches a blessing in disguise to an extent, since they accomplish the ultimate goal: They end up discouraging picones from participating in illegal drag races to begin with. The Director told La Prensa Libre:

“In the end, we don’t want to run into picones or book them. We just want then to respect the law and not get into illegal drag races. If they stop racing due to leaked information, then we are obtaining the desired effect.”