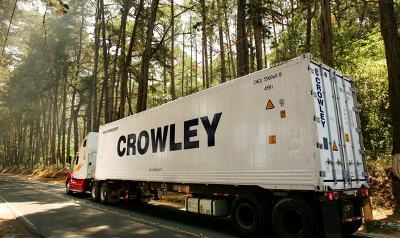 Central American truckers are complaining about the differentiation in Customs taxes in the region, which is due, in particular, to the taxes imposed by each country.

In this situation, the American Federation of Chambers of Transportation (Fecatrans) will hold a meeting on a date to be determined in August, to agree on measures against countries that have this practice.

“We believe that it could even get to a blockade of regional Customs,” said Marvin Altamirano, of Nicaragua, the current president of Fecatrans.

The latest incident took place last March, when Panama wanted to establish a comprehensive revision of trucks, and in April, when Nicaragua attempted to charge $15 for each vehicle to finance a system of scanners, Altamirano said.

He also pointed out that they are against the tax of $25 per truck and $5 per person that Costa Rica wants to charge at its border. This fee is included in the Association Agreement between Central America and the European Union to fund improvements at border posts. The agreement was to go into effect on August 1 for Costa Rica, but it has been delayed for two months.

An article published in February this year on the website of the World Bank, makes a reminder that it’s more expensive to send a load of tomatoes from San Jose, Costa Rica to Managua, Nicaragua that from the Costa Rican capital to San Jose, California. The report is entitled “Logistics and Transportation: long way to go in Central America”.

It affirms that for a tomato exporter of Costa Rica, transportation costs and Customs charges may represent over 30% of the final cost of the product.

The Chamber of Exporters of Costa Rica (Cadexco) and the Costa Rican Food Industry Chamber (Cacia) supported the move to create the rate on trucks and people to expedite border traffic.

In its most recent statement, the president of Cadexco, Monica Segnini, said the supply of informal freight services is increasing in the region, as well as the practice of transport unions in each country defending their niches. Some governments, she said, are strict in enforcing the rules on the Isthmus.

She noted that transporting a container through the region can cost $1,500 but informal truckers do it for up to $800.

The executive director of the National Freight Carriers (Canatrac), Francisco Quiros, complained that truckers from other countries fight for cargo with lower rates, because in their countries they have lower operating costs.

QCOSTARICA - For today, Monday, September 20, despite being...
Cartago