Strike “Will Be Indefinite” Unions Threaten 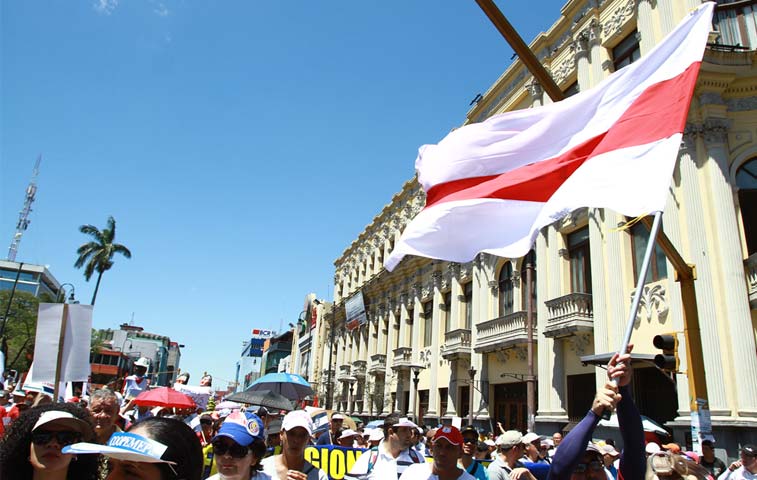 QCOSTARICA – October 26 is the date chosen by a group of seven unions for the start of an indefinite strike action.

The strike will las “however long the government wants it to last”, said on Tuesday the leader of the Asociación Nacional de Empleados Públicos y Privados (ANEP), Albino Vargas.

The union group, calling itself “Patria Justa”, threatens up to 15 blockades across the nation, most of which will be in San Jose.

The union argues that the protest movement arises from the break in the “dialogue” with the government on issues such as cuts in public sector wages.

Vargas accuses Costa Rica President Luis Guillermo Solis of having a “smug” attitude with statements like the government will meet with the unions when it decides so.

The union leader added that even if the government contacts them the day before the labour movement, it does not mean it will detain its action because they want a concrete proposal from before doing so.

QCOSTARICA - Starting this Friday, and for 10 days,...
Nicaragua