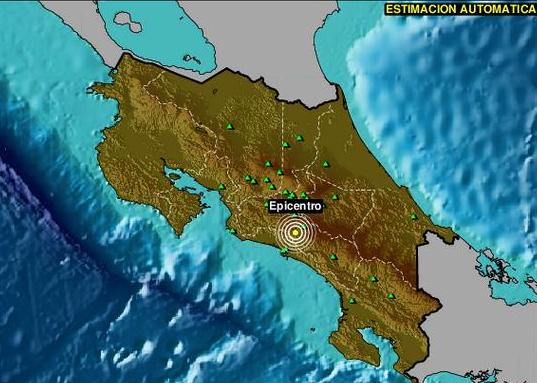 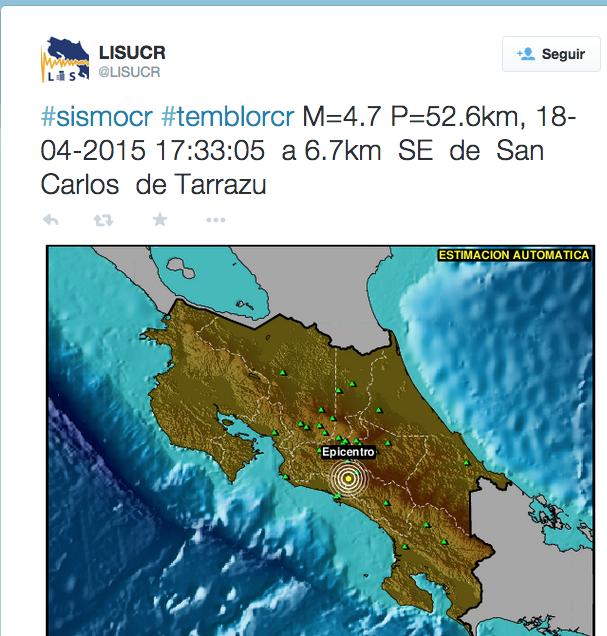 The quake registered 4.7 on the Richter Scale, according to the Laboratorio de Ingeniería Sísmica de la Universidad de Costa Rica.

The report said the epicenter was located 6.7 kilometers southeast of San Carlos de Tarrazú, towards Los Santos, at a depth of 52 kilometers.

The Observatorio Vulcanológico y Sismológico de Costa Rica (OVSICORI) recorded the quake at 5.1, while the Red Sismológica at 4.9.

More: Why Is There Sometimes Several Versions Of The Same Earthquake?/

Marino Protti, Seismologist at the OVSICORI, said that “it is a tectonic subduction earthquake, that is nota  direct clash between plates, but by an internal deformation (…) ,” he explained.