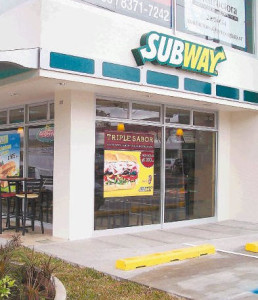 The Subway chain of restaurants in Costa Rica is targeting at least eight more locations this year, with an investment of about US$1.6 million dollars.

In March Subway is set to open in San Francisco de Dos Rios, and in June in downtown San José, adjacent to the Teatro Nacional.

The franchisee is keeping quiet, for now, on the location of the other restaurants.

QTECH - Whether due to the global economic crisis caused by the Covid-19 pandemic or due to shortages of electronic components, raw materials, factory...
Infrastructure

QCOSTARICA - Five major road works under the responsibility of the H. Solís company will continue in development despite investigations for alleged corruption involving...
Expat Focus

QCOSTARICA - Despite the improvement in tourist arrivals reported in May, with more than 72,000 visitors, both the Cámara Nacional de Turismo (Canatur) and...
Corrupion