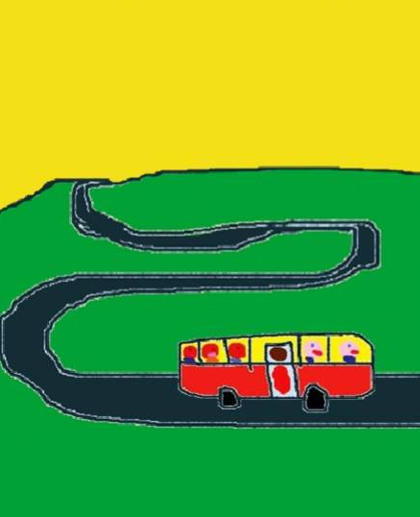 “Atrasar” means “To be late or behind” and can easily be found in perhaps 89% of the daily Tico (Costa Rican) Spanish language news publications as well as news channels. Being “behind” or “late” is just a way of life in Costa Rica.

It is oh so simple to call “atraso” laid back, “chilled out” until the bridge collapses killing five while once again we strive to become a member of the developed country club.

On one hand, mostly to the “right”, the quest is to be “on time” is included into the club of developed countries.  On the other hand, Costa Rica cruise ships, a lot like recent Carnival ships, tend to venture into unchartered waters and the most exciting news item of the day is the opening of another fast food franchise.

As a country, we have as yet to accept (a) finding the key to becoming a developed country and (b) it is costly to play that game.
It seems to me that every day that I read the main stream Spanish language news, I also read the word  “atraso”.  Inherent with atraso is the mix of neo-liberlaism and liberalism. That a community of workers and society who refuse to relinquish the paternal values of our government to the profit motive.

The experiment in Costa Rica, be it planned or morphed, is how to mix the “right” with the “left” and still grow economically grow as well as socially in a very short period of time.

Perhaps not so much an experiment which indicates “thought” but rather how do we get, by design or chance, from a purely free enterprise (profit) society to one that is more “social” and still survive the deafening  waves of the developed world?

While global politics makes little sense in definition of terms, I am an expat who dearly hopes Costs Rica can and will become what it once was with a tinge of outrageous capitalism. (Not just capitalisms but “outrageous” capatilaism) with the alma (Spirit) of socialism. We were created, since 1948 as a “social democracy”, and as old as that theory might be, perhaps it is the best during these times of global violence. Perhaps we need more Quakers to settle in Monteverde, Costa Rica to show us the way to peace and compromise? (But then again, they would only have 90 day visas).

Everything we do and have planned is atrasar = late.

Is there so little national pride, so little sense of honesty, so little transparency that discovering people, firms cheating tax payers by the media have become the new national sport replacing futbol (soccer)?

The list is endless of good intentions and a serious failure of implementation from crime to healthcare.

Always there is some sort of excuse and one that cannot easily be refuted. Mostly on roads and infrastructure such as water, electricity and now Internet.

In fact, the only projects to be given the “on time” award were the Trocha which is has been the subject and investigation of massive fraud, incompetency and corruption for better than a year now.  And, the last fix of the infamous Platina bridge repair was indeed on time. However it lasted only ten days and not the 20 years as purported.

And, “Yes”, the road to Caldera was opened ahead of schedule. Again, people died in transit only because it was poorly put together but “on time” for a timely inauguration by our then president.

“Ah, and yes,” the Crucitas mine project was opened and operational on time only to be shut down by the Supreme Court (Sala IV).

So, albeit difficult, the idea is to complete a legal, social project that is on time, within budget and safe.

Apparently hard to do?