No one expected the rains Friday afternoon 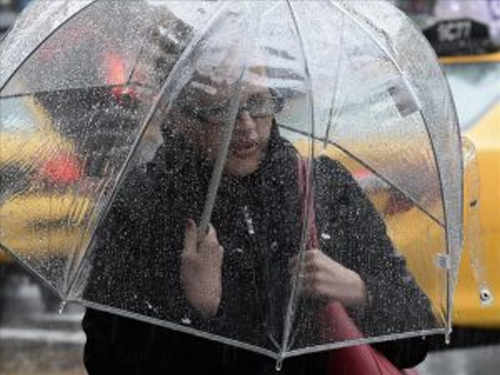 This is the dry or summer season. It is not supposed to rain. Thus few, if any, carry an umbrella during this time of year. But boy would it have it come in hand Friday afternoon in the greater metropolitan area of San Jose (GAM) or Central Valley when a downpour took everyone by surprise.

The same thing occurred on Thursday, but in a smaller area, mostly concentrated on the southwest of the GAM. And in the middle of the dry season.

Though not totally unwelcomed, the rain on Friday began shortly after 3:00 pm and lasted a little longer than on Thursday, but nowhere near the typical rains of the rainy season that typically runs from May to December.

For the latest weather info visit the IMN on Twitter.

For the weekend update, the national weather service, the Instituto Meteorológico Nacional (IMN), says there may be occasional afternoon and isolated showers in the Central Valley, Northern Zone, Pacific and Caribbean areas.

Recommended is to keep an eye on the afternoon skies and be ready.