Woman claims to work as nurse with the Caja, but there is no record of her with the

The 24-year-old Caribbean woman with the surnames Smith Smith, suspected of killing Italian businessman, Stefano Calandrelli, claims on the social media to be a nurse. 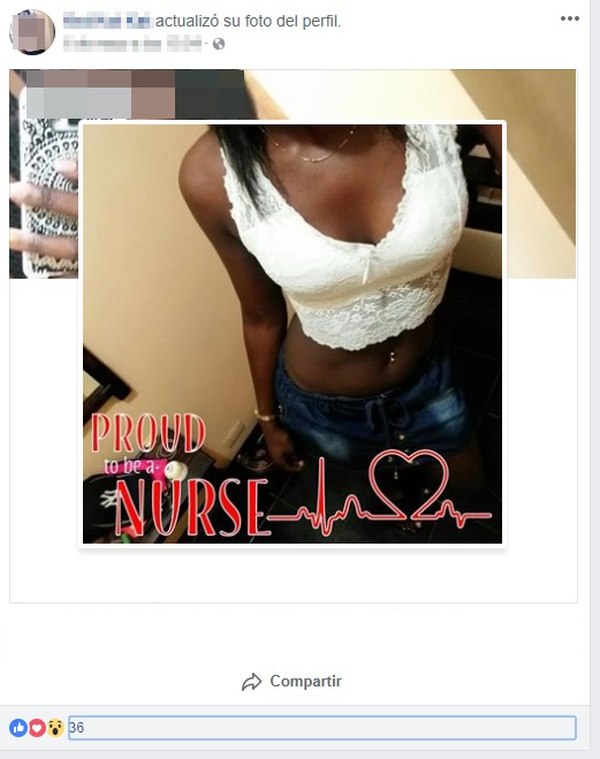 Smith, who is currently in jail on remand following a raid on her home in Heredia last Friday, describes herself as working as a nurse for the Caja Costarricense de Seguro Social (CCSS) or “Caja”. However, the Colegio de Enfermeras de Costa Rica (College of Nurses of Costa Rica) denies she is registered as a nurse. To work as a nurse in Costa Rica a person has to register with the Colegio.

Judicial authorities presume that Smith claimed to have studied nursing as part of her story to attract potential victims. Of course, the do not rule out having a degree as an assistant or nursing technician, something they are still investigating.

According to the Supreme Electoral Tribunal (TSE), Smith is a single mother of a 7-year-old child. She is originally from a downtown Limon barrio known as La Colina, but was living in Heredia.

He liked to post sensual photos of herself, making a particular point of exposing her pierced naval. Describing herself as tall and slender, she raraely showed her face on the social media.

Smith rented a house in San Joaquín de Flores in Heredia along with a friend named Vega Badilla, 19 years old, who is also in preventive detention.

In that house, where authorities believe Calandrelli was killed, were three men – with the surnames Vargas Cerdas (38), Rivas Suazo (22) and Mckenzi Banton (20). Investigators discovered that Vega has a love affair with one of the suspects.