Suspected cases of COVID-19 in Costa Rica Increase to 179

"We cannot paralyze society, we cannot panic," said the Minister of Heath in announcing guidelines to mitigate the propagation of the covid-19 virus in Costa Rica 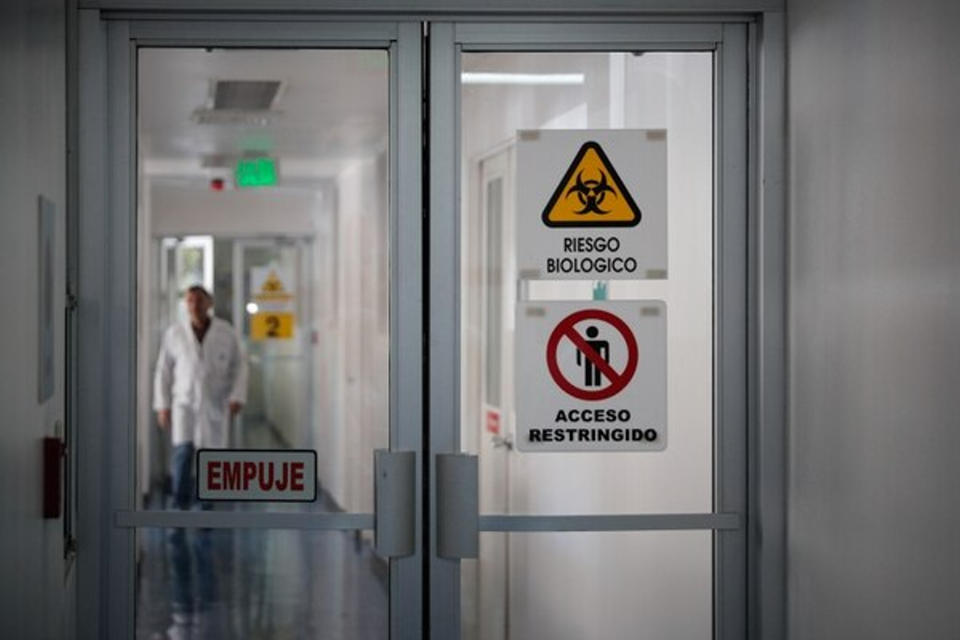 The Ministry of Health confirmed Tuesday at noon that the suspected number of cases of the Coronavirus COVID-19 went from 11 to 179 in the last hours.

At this time 59 cases have been ruled.

As to the confirmed cases, the number remains at 13, two of them an 11-year-old girl and a 13-year-old boy.

According to Daniel Salas, Minister of Health, 165 of these people, with respiratory symptoms, had some degree of relationship with the 54-year-old doctor at the San Rafael hospital in Alajuela, who remains in intensive care.

Rodrigo Marín, director of Health Surveillance, at the Ministry of Health, confirmed that of the 13 confirmed cases, only two are admitted to hospital: the doctor and his 73-year-old aunt; the rest are in isolation in their home or hotel, as the case of an American tourist couple – the first confirmed case – who arrived in Costa Rica in with the infection on March 1, but did not display any symptoms. In fact, the husband, although testing positive for the virus, continues asymptomatic.

In a mid-day press conference, the Minister confirmed that mitigation measures announced seek to delay active community transmission, when there are already many people who are infected more frequently in one place.

“The most important measures are not only those taken by the Government, but those assumed by the population,” Salas reiterated, referring to the practice of handwashing and the protocol of sneezing and coughing, not greeting with a handshake, hug or kisses, and not going to massive activities such as concerts and sporting events, especially those who have risk factors.

Salas clarified that it is not yet possible to affirm that the 165 people have the covid-19.

“We cannot say that they will be positive. Some may and others not. It would be an unlikely scenario for all 165 to be positive,” said the minister.

The Minister of Health said it is impossible to disrupt life in Costa Rica with drastic measures as has been adopted in other countries, alluding to Italy and Isreal and that later today the government will issue a decree as a guideline to public institutions.

Minister Salas confirmed that no activity may be carried out that requires Health authorization, for example, concerts, public shows, fairgrounds, bullfighting activities, among others.

Businesses such as bars, cafes, sodas, movie theaters and hotels, as well as shopping centers, farmer’s markets, and churches are not subject to regulations. “We cannot paralyze society, we cannot panic,” concluded Salas.

An issue facing the country is that Costa Rican legislation does not provide for a leave of absence for employees who could be isolated while confirming infection of the Covid-19 or are confirmed.

This causes uncertainty about the salary of employees who could face this situation, as well as job security.

Given the legal vacuum faced by employers and employees in these cases, the head of the Ministry of Labor and Social Security (MTSS) said it will send a bill to the Legislature in the coming days.

This initiative would reform the Labor Code and the General Health Law, to protect the worker in case of being isolated.

“We have made an analysis and we have a lack in our regulations,” said Geannina Dinarte, Minister of Labor.

The Minister clarified that, once the contagion is confirmed, the salaried worker will be covered with sickness insurance of the Costa Rican Social Security Fund (CCSS), as with any health situation.

The labor law expert of the BLP firm, Randall González, explained that there is also another scenario in which employees could become disabled: “If the disease spread in the workplace, the employee could be disabled due to occupational risk”.

In addition, he warned that the health guidelines provided by the employer are mandatory for all employees. Failing, they could be exposed to penalties.

“The employer has the obligation to provide internal guidelines or recommendations within the organization and is mandatory for the worker, in order to avoid the possible spread of the disease,” said Gonzalez.

Dinarte also recommended that employers insitute telecommuting measures, especially with those workers who might have symptoms.

“We need to ensure that people with some symptoms do not arrive at the workplace to avoid contagion. There are resources available to avoid them, such as disabilities, in case they are able to do so, or through other mechanisms such as teleworking or vacations by prior agreement,” said Minister Dinarte.

Regarding medical care, employers cannot prohibit their workers from receiving medical evaluation; In doing so, the employee could file a complaint with the Ministry of Health for breach of their rights.

QCOSTARICA (Nacion.com) Four out of ten complaints of extortion...