Immigration director, Kathya Rodriguez, confirmed the identity of the woman to be Maria Sarri and that there is no record of her having left the country. 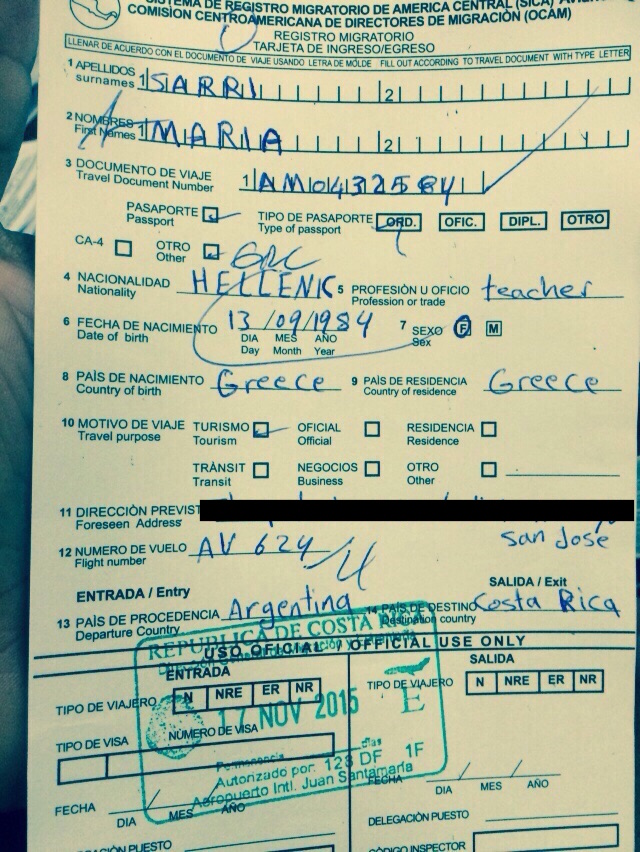 According to the immigration stamped documentation, the woman is 31 years old, a teacher, born in Greece, a resident of Greece, arriving on Avianca flight 624 from Argentina.

This is the same method used by the five men arrested in Honduras Wednesday after spending five days in Costa Rica.

Rodriguez said the passport she used to enter the country was from Greece is suspected false or stolen, like that of the five men arrested Wednesday in Honduras.

As for the possibility of more arrivals from persons under the conditions, Rodriguez noted that “at the moment there is no record of more cases, but the systems are being reviewed to rule it out.”

She said that “we are doing a check of the entry form to see if we can locate her … everything looks like the same as the others had. We are investigating it. ”