This is the story of two friends looking out of each other. Don Adán López López, better known as Panchito, was sent home (medically evicted) from the Blanco Cervantes hospital in 2013, with a list of illnesses, for him to die surrounded by his family.

Staring death in the face, Panchito took up the offer of his long time friend, Don Leoncio. Both from the Talamanca region. 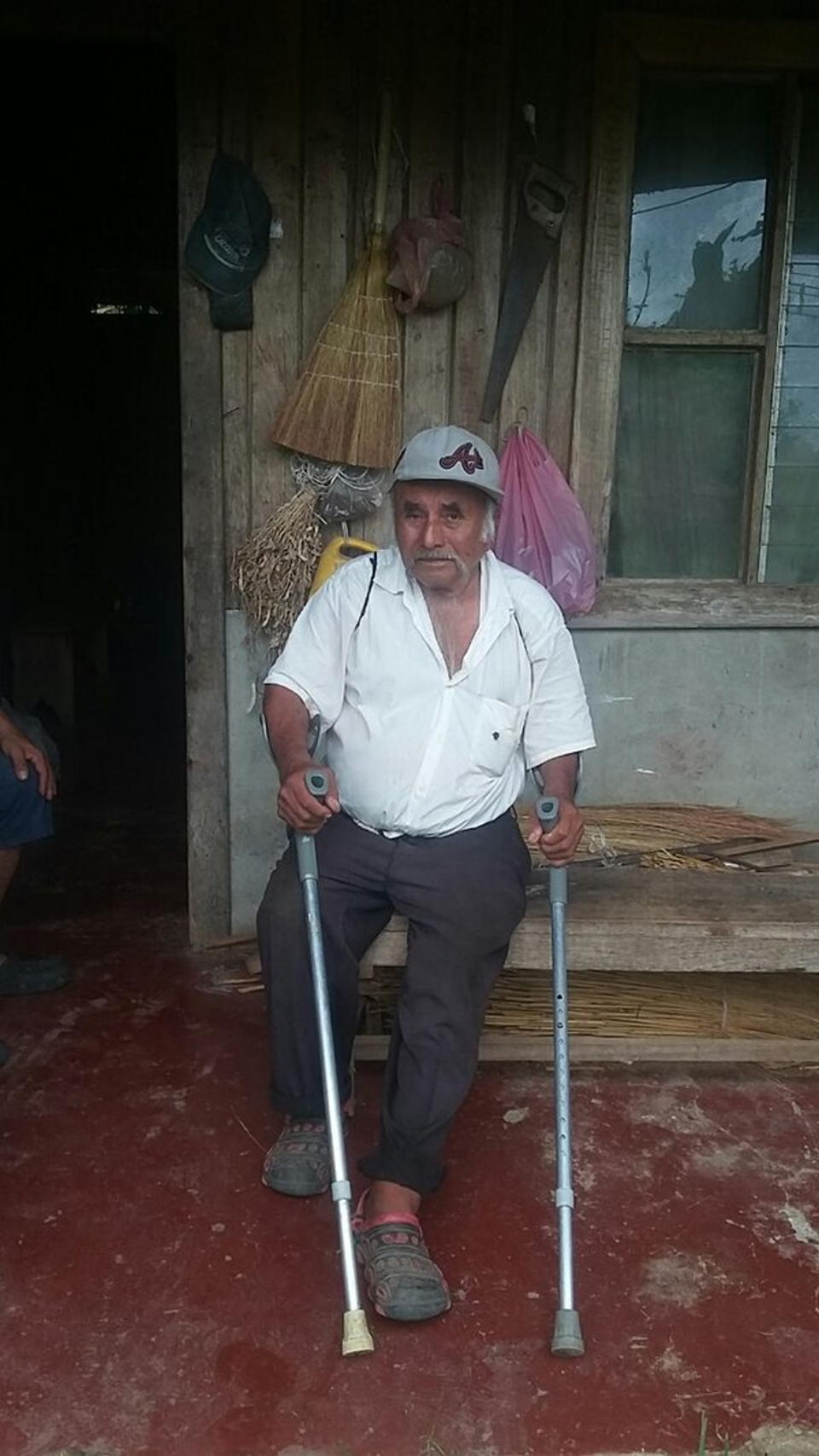 You see, Panchito was a carpenter. He had the gift of working with wood and had passed on his knowledge to his good friend. His woodworking included making coffins.

Don Leoncio Cruz seeing his friend reduced to nothing – ‘hecho leña’ in Spanish, deduced his dear friend didn’t have long to live, maybe only hours. Panchito had not eaten for more than 30 days, he couldn’t swallow anything. The hospital had given him the list of illnesses, ten in total, which they could do nothing for him at 76 years of age.

So, Don Leoncio decided to make a coffin for his friend.

Five years later, Panchito, now 81, is alive and kicking, his friend Leoncio, not so much. 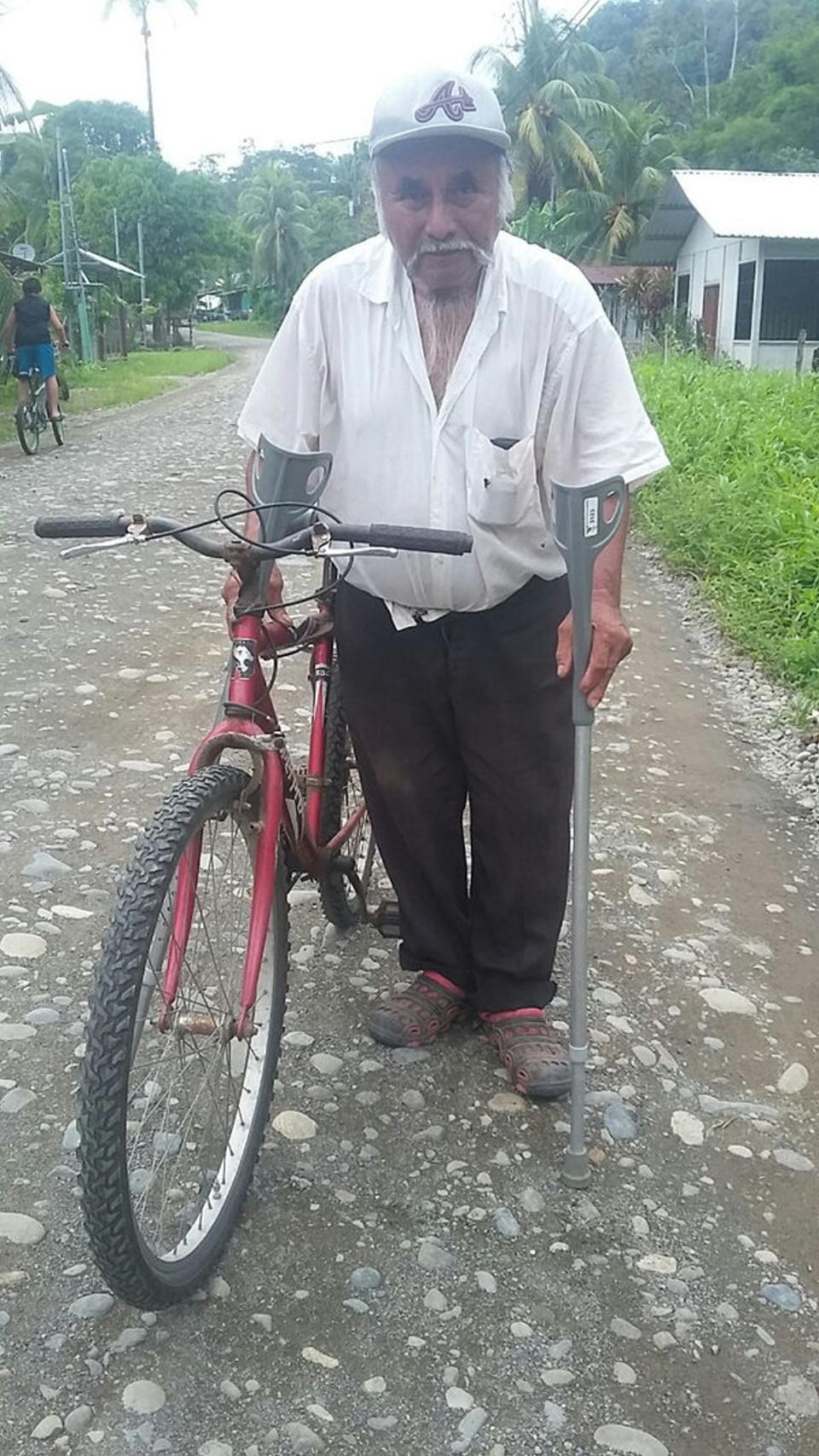 In fact, in La Unión de Bribrí de Talamanca, Panchito can be seen these days riding his bicycle to deliver the brooms he makes and on weekends riding to Puerto Viejo de Limon to sell vegetables from his garden. Panchito is also a farmer. 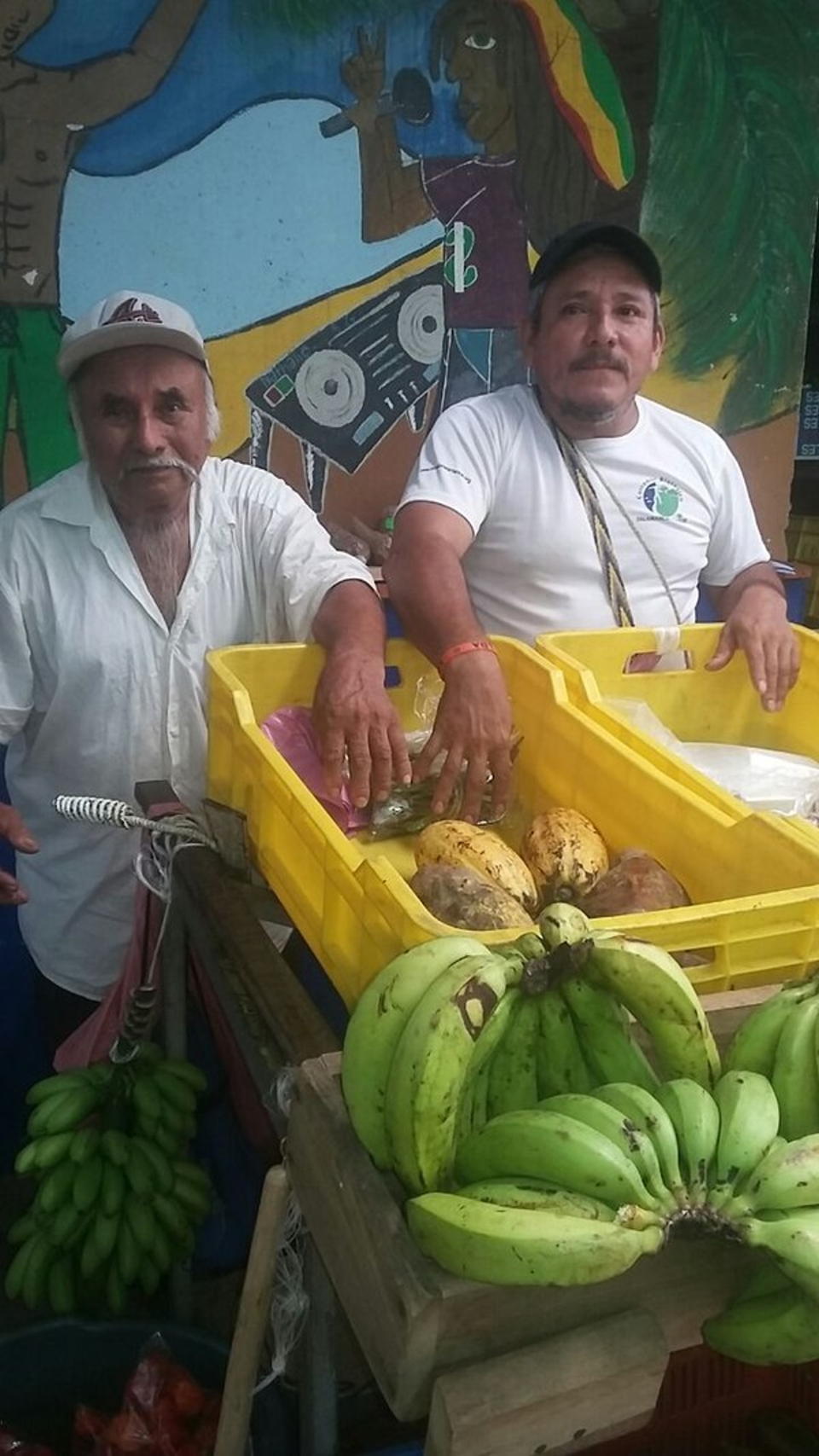 And doing something that gives him great pleasure, ‘chineando’ – taking great care of his coffin.

Panchito is a character in the area, especially because, as he says, he lives with death in his living room, since the coffin is part of the furniture. Not ever thinking about taking it apart. 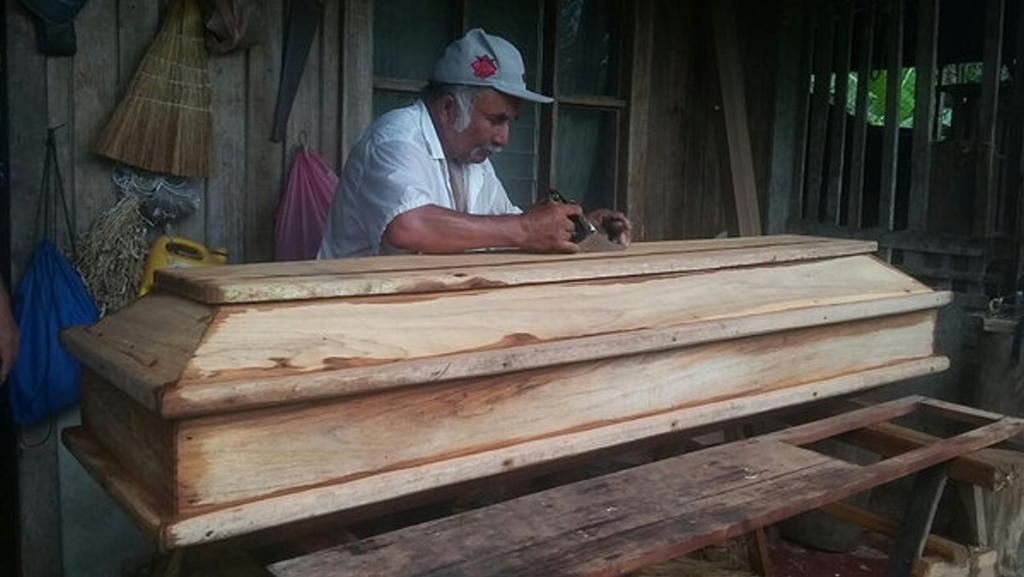 “Nobody touches it, it’s my last home and I love it very much, besides, my great friend Leoncio made it and he died, that gift I will take with me to the grave”, says this Bribriceño, who considers himself to be like a Toyota (tough and rough).

“Yes, it hurt a lot,” he said of having had to bury his friend.

“Five years ago they sent me home to die with my family because they told me, there was nothing to do for me. As I had taught my friend to make coffins, he told me that he wanted to return the favor by making me my coffin, because death was close, so he took my measurements and he made it for me … the truth is that it is not so tailored, I asked for it with more height to not be uncomfortable when I die,” explains Panchito. 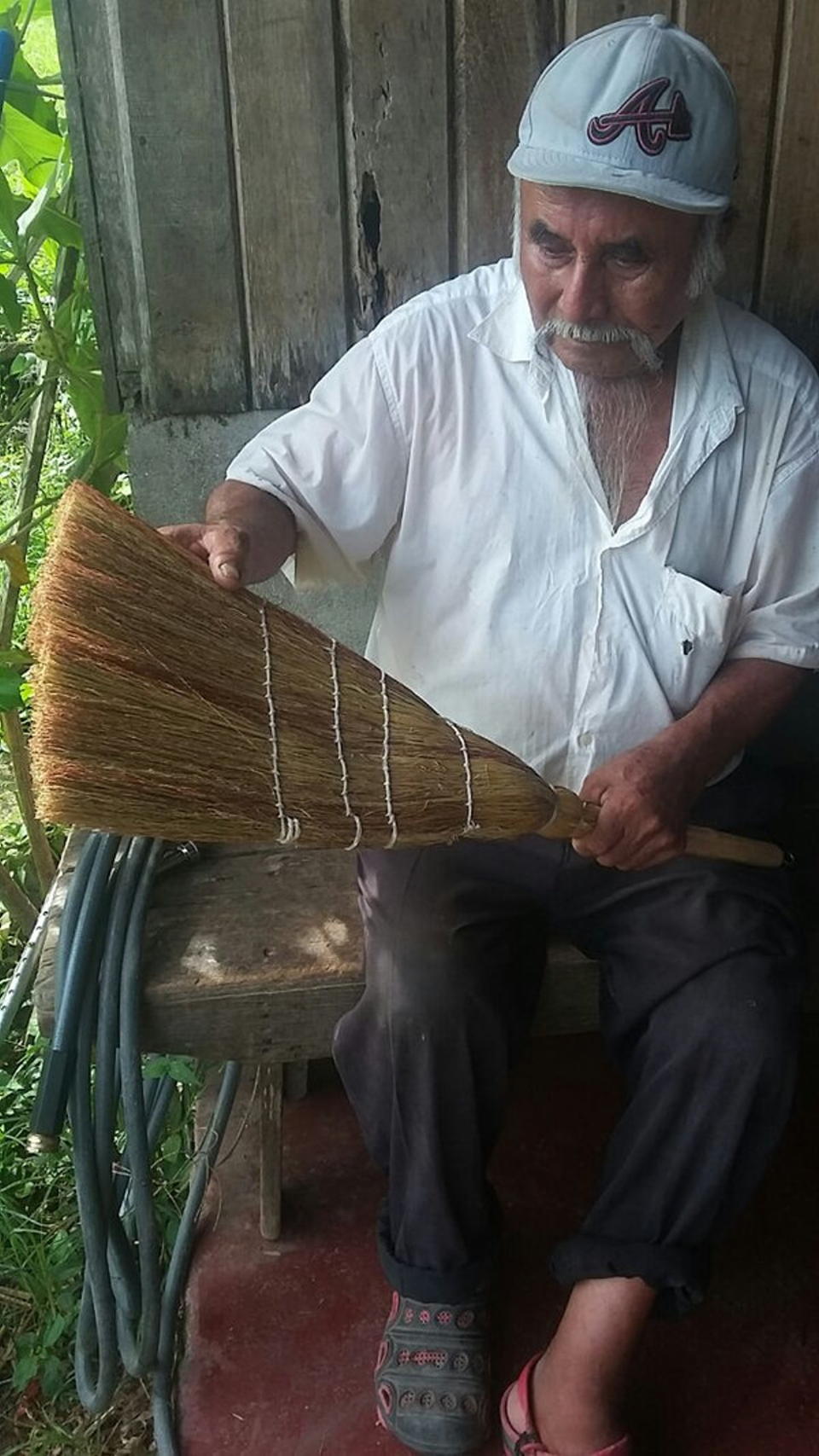 At the time all Panchito could expect was “la pelona” (death). He never expected to outlive his friend.

Why did they (the hospital) evict you, Panchito? “Because I have, they said, I a lot of diseases. When I left Blanco Cervantes they gave me a paper in which they confirmed that I had a multi-infarct cerebrovascular disease, neurogenic dysphagia, mixed polyneuropathy and I do not know how many more things (seven others). That’s why they decided that the best thing was for me to spend my last days with my family. That’s already been five years”, Panchito told Eduardo Vega of La Teja.

Despite his illnesses and his friend’s deducing he didn’t have long to live, Panchito has been active, never staying still, kept on fighting off death.

“I’m not going lay around to die, I do not have time, I prefer to think about living, being happy and having a good time. I thank Diosito (God) every second that he gives me life and I thank him in the best way I know, working.

“Thinking about death is to ruin oneself and I am not for that. I would like to be an example for young people today that life is always enjoyed. If we are part of death, it is also better to be positive and think about life. My coffin reminds me that one day I will die, but in the meantime I take care of it so that after it will take care of me,” concluded a Panchito very full of life and very happy, because for five years he had a load taken off: “Having the coffin ready gives me peace and tranquility, I no longer have to think about what my family will do with me when I die,” he said.

Investing and getting a good income is one of...
Fuel Prices