Tamales, Tamales and more Tamales during the holiday season in Costa Rica 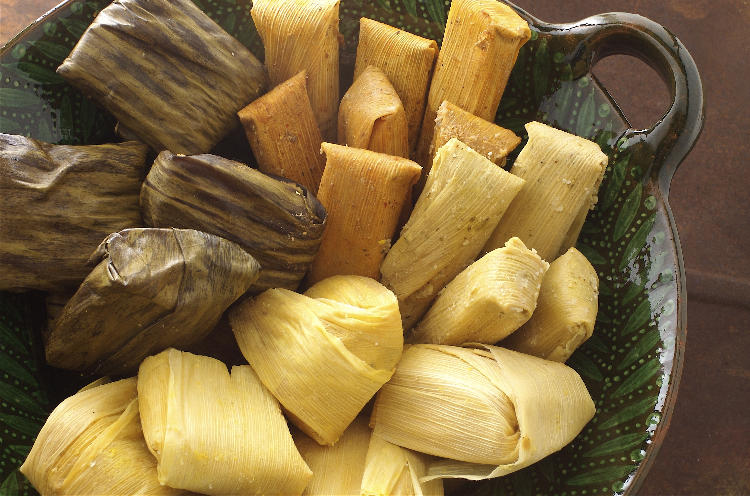 From Live in Costa Rica Blog

For foreign retirees part of the experience of learning about the local culture is to sample traditional Costa Rican foods like tamales.

Tamales are synonymous with the Christmas Holidays in Costa Rica. Christmas is not Christmas here without tamales. It seems like every supermarket sells piles of fresh tamales or ingredients for making them during this time of year. A couple of days ago I was at a local fair with my girlfriend and their was a booth where tamales and other typical Costa Rican dishes were being sold. There was a long line of Costa Ricans waiting to buy tamales.

On the Sunday the 9th of December a traditional “tamalada” of festival featuring tamales in downtown San José took place. Twenty-five thousand tamales were given out for free to the people who attended. In addition to the free tamales there were masquerades (mascaradas), music, dancing and Christmas carols. This event was sponsored by the Municipality of San José.

In order to prepare the 25 thousand tamales the cooks needed the following amounts of the ingredients: 45, forty pound sacks of masa or dough; 900 large cans of garbanzo beans; 900 cans of green peas; 300 pounds of pig lard; 10 gallons of Costa Rica’s famous Lizano sauce (water, sugar, salt and a variety of vegetables including carrots, cucumbers, onions, cauliflowers and peppers which gives it a slightly sweet and tangy flavor), 250 cans of refried beans and a lot of meat.

The secret to making good tamales is in the dough. It can’t be too spicy nor can it lack flavor. It’s an art to make good tamales and not easy to do. Tamales are very fattening because they are loaded with lard. Each tamale has around 800 calories according to to the Costa Rican nutritionist, María Laura Matamoros. She recommends one tamale per day to avoid putting on weight.

There is a healthier version of the tamale if you are concerned about putting on weight. If you are a vegetarian there is a chain of vegetarian restaurants called Vishnu which serves vegetarian tamales which don’t have fattening lard. There are also several markets that serves a light version of a a tamale. Which contain only 250 calories each. Skinless chicken is usually substituted for pork to reduce the calories. The light version has less fat, carbohydrates and 70 percent calories than a regular tamale.

It must be pointed out that Costa Rican tamales are different than Mexican tamales with which most gringos are familiar. In the Costa Rican version the dough comes wrapped in a banana leaf and usually sold in pairs of two called a piña. The Mexican tamale is made of chopped meat and crushed peppers, highly seasoned, wrapped in cornhusks spread with masa (dough), and steamed.

- Advertisement -
Paying the bills
Previous articleCarlos Acosta: “This Project Was An Act Of War”
Next articleNicoyan Lights Burn Bright For Christmas