Tanorexia Or When Tanning Becomes An Addiction 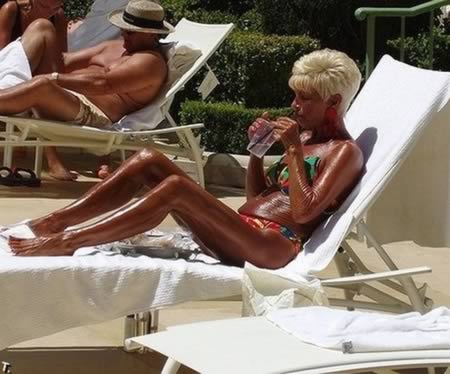 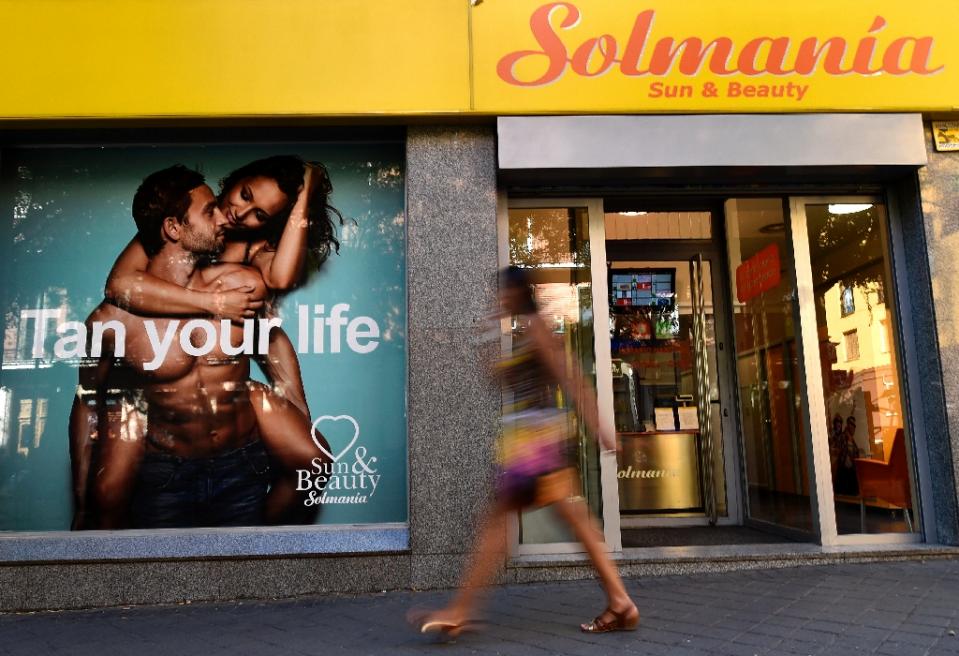 Tanorexia or tanning dependence is a rare syndrome where an individual appears to have a physical or psychological dependence on sunbathing or the use of tanning beds. The mechanism of dependence is unknown at this time.

Found in sunlight and tanning beds, ultraviolet light (made up of UVA and UVB rays) in fact produces endorphins — chemicals in the brain that create a feeling of euphoria. Researchers at Wake Forest University Baptist Medical Center studying frequent tanners who’d been given endorphin blockers recorded withdrawal symptoms — namely nausea, dizziness, and the shakes.

In 2005, a group of dermatologists published a study showing that frequent tanners experience a loss of control over their tanning schedule, displaying a pattern of dependence similar to smokers and alcoholics.

Addiction is why tanorexics can’t simply slather on self-tanners — just as chain-smokers can’t be cured with a stick of gum.

“Addicts live in constant fear of fading,” notes Dr. Amy Wechsler, MC’s “beauty shrink” and a dermatologist and psychiatrist in New York. “Suddenly they feel fatter, older, even sicker. It explains the extremes they go to to keep it up.” Mei Lei Leong, a 37-year-old marketing executive, recalls sunbathing in a bikini on the first sunny day of spring, “no matter how cold it was.” Lauren Smith, a writer who once tanned indoors four times weekly, points to the fashion factor: “I feel sexier in clothes when I’m tan.” And she’s not alone, judging from the number of top designers (particularly in Italy) whose natural skin tone we’ve never known.

The symptoms are similar to those of heroin addiction, according to Joel Hillhouse, a professor of public health at East Tennessee State University in the United States who has studied the psychology of tanning.

They include a desire to tan on waking, a needed for increasingly bigger “doses”, feelings of anxiety when not tanning and annoyance when friends and family comment on their excessive tanning, he said.

Some people continue to using tanning beds even though they have skin cancer, Hillhouse said. 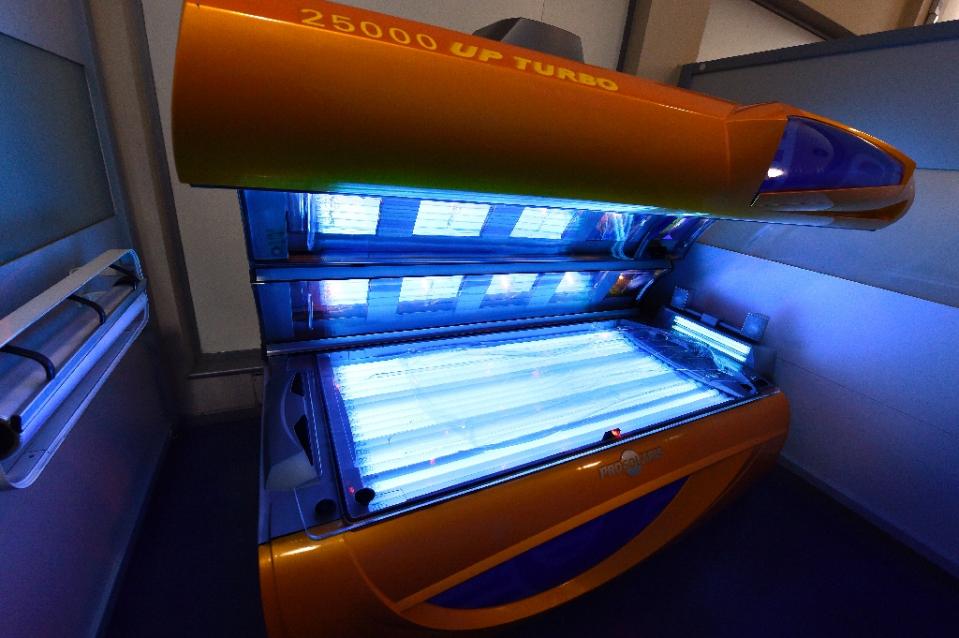 Banned in Brazil, Australia
The World Health Organization has since 2012 classified UV-emitting tanning devices as carcinogenic to humans.

Brazil became the first country in the world to ban indoor tanning bed in 2009, followed by Australia in 2014.

Australia has the highest rate of melanoma in the world with 11,000 cases per year. Melanoma is the deadliest kind of skin cancer, and is highly linked to sun exposure.

According to Vanessa Rock, the chair of the National Skin Cancer Committee in Australia, studies have shown that sunbeds increase melanoma risk by 20 percent, regardless of age at first use.

But skin cancer rates have stabilised among those under the age of 45 thanks to “public education campaigns and greater awareness”, Rock said.

There is still no specific treatment for addiction to tanning.

Hillhouse recommends setting up support groups like Alcoholics Anonymous and try to substitute tanning with relaxing activities like yoga.

“If you need to tan you call up your tanning buddy and he says, ‘No, no let’s go for a walk’ or whatever,” he said.