Taxation: collecting VAT does not mean legalizing Uber or DiDi 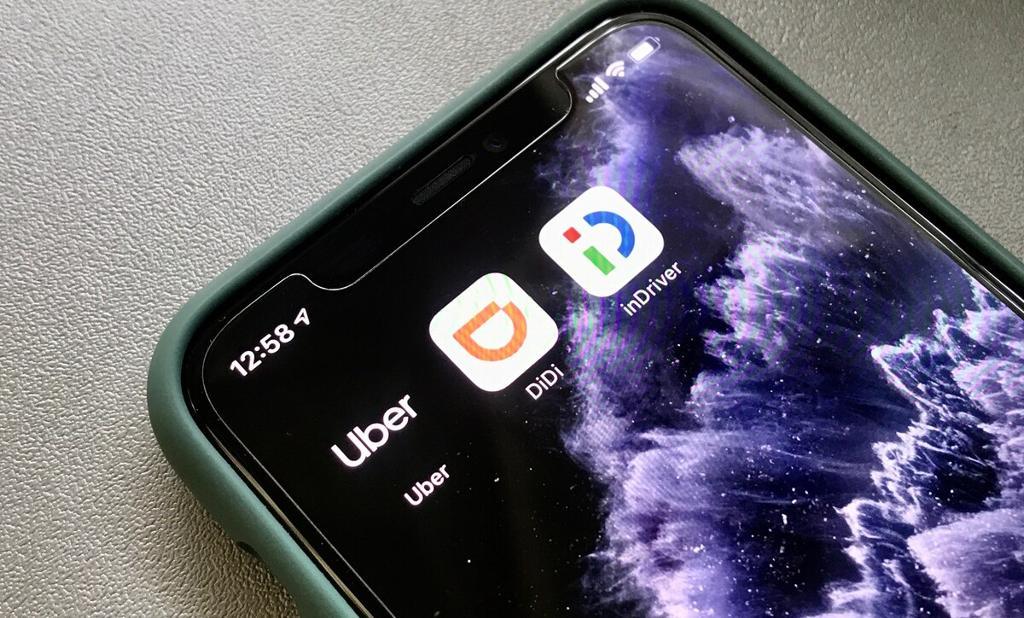 QCOSTARICA – Charging the Value Added Tax (VAT) does not make a business legal in Costa Rica, so says the Tax Administration of the Ministry of Finance.

As of Friday, December 18, the trips made through technological platforms such as Uber and DiDi will be subject to the collection of 13% of that tax on the user’s card.

The measure also includes the Disney+ ‘streaming’ application, the sale of air tickets and hotel reservations such as Booking, Expedia, Despegar and Aplaudir were included in the list of cross-border digital services taxed with 13%.

Carlos Vargas, general director of Taxation, explains that applying the charge to platforms whose legal basis is “inappropriate” or “undue” does not imply legitimizing their actions.

In the case of Uber and DiDi, the two companies operate “without legal status”, the former for the past five years and the latter since November last year.

The official based his arguments on two resolutions published this year: article 27 bis of document DGT R-13-2020 and resolution DGT-R-42-2020.

“In accordance with article 8 of Ley 4755, Código de Normas y Procedimientos Tributarios (Law 4755, Code of Tax Regulations and Procedures), Taxation is empowered to indicate which people or companies are taxed by the taxes it administers. In accordance with the generating event defined by the corresponding law, without this implying, in any way, legitimizing the actions of those who have adopted inappropriate legal forms or are not recognized by entities that regulate or authorize the exercise of the activity they carry out as irregular form, which includes transport companies not yet formally authorized by the transit authorities, which sell cross-border services to Costa Rican customers, incurring the generating event contemplated in article 30 of Law No. 6826, Value Added Tax Law”, quotes, verbatim Article 27 bis.

Vargas also referred to Article 13 of the Código de Normas y Procedimientos Tributarios (Code of Tax Standards and Procedures), which states that “that the tax obligation is not affected by circumstances related to the validity of the acts or the nature of the object pursued by the parties, nor by the effects that the facts or acts encumbered have in other branches of Costa Rican positive law”.

“We must remember a legal principle that indicates ‘no one can benefit from their own fraud’, so that not by breaching any legal requirement for the activity, the person can be considered exempt or not subject to taxes, which apply to everyone, according to article 18 of the Constitution,” the director said.

In other words, although a business is deemed to operate illegally or not regulated or authorized to carry out the activity, cannot be considered exempt or not subject to taxes.

Uber indicated that it will not increase the rates of its trips, including the VAT in its trip calculations and that it will be up to each bank or card issuer for the collection of the tax and remittance to the Ministry of Finance.

The tax will apply to all transportation services that the company provides in Costa Rica.

Technology platforms are classified by the tax authorities as cross-border digital services providers through the Internet, or any other digital platform, not domiciled in Costa Rica, which are consumed in the country.

The 13% VAT tax – Impuesto sobre el Valor Agregado (IVA) in Spanish – on these services began on October 1 and applies to the acquisition of intangible goods made by the final consumers from a supplier domiciled outside of Costa Rica, in order to be used or consumed in the country.

Only during the first month, the tax on these services generated income for the country of more than one billion colones.

For Uber, after more than 5 years of operating in the country, it is imperative that the government and legislators build a regulatory framework for these platforms. “We have expressed the importance of the Executive Power convening legislative file 21,587 in extraordinary sessions, which is a consensus proposal of the Economic Affairs Commission of the Legislative Assembly and offers the basis for political discussion of how apps should be regulated like Uber in the country,” said the company in a publication made on December 15.

In Costa Rica, Uber has almost 1 million users. Its operation covers the Great Metropolitan Area (GAM), the North Zone, the South Zone and some tourist locations.

DiDi has been operating since November 2019 and says it has coverage in the majority of the country.

The collection of the Value Added Tax (VAT) on trips made in Costa Rica through Uber and DiDi apps would trigger cash payments, according to the Association of Technological Platforms (Acoplatec), which brings together a good number of driving partners of both transport apps.

Paying cash avoids the payment of said tax, this is because the tax is applied only to transactions made by debit or credit card.

“At Uber we are respectful of the legislation and we seek to be an ally of the cities. Since our app was available in Costa Rica five years ago, we have responsibly complied with all the tax obligations that the law requires,” Uber Costa Rica said in a statement.

At DiDi Costa Rica, Carolina Murillo pointed out that they are waiting for the resolution to be published o make a technical analysis of its scope. “As is DiDi custom, it is respectful of the resolutions and instances of the authorities,” said Murillo.

Batting for Uber, DiDi, and other tech platforms to operate legally in the country is Rodolfo Méndez, Minister of Public Works and Transportation (MOPT), who is urging the approval of a law that regulates their operation in Costa Rica.

In the past five years, that is since Uber came on the scene, there have been several versions of bills proposed in that direction. However, due to a lack of political will and strong opposition by the formal taxi drivers and their unions, pressuring legislators and administrations, we are where we are today.

The general message posted on social networks, websites, and messages, thank the government for making us poorer, charging taxes on for internet, electricity, cell phone, or digital services that we use, among other things.

Many see the VAT on digital services as double and triple taxation and a government cash grab as they invent newer and more services to tax.

QCOSTARICA - The Government on Thursday changed its bill for the...
Read more