According to data from RECOPE, in Costa Rica, the single fuel tax has an impact of 33% on super gasoline, 32% on regular, and 21% on diesel; Higher unemployment and less purchasing power are the direct consequences of high fuel costs 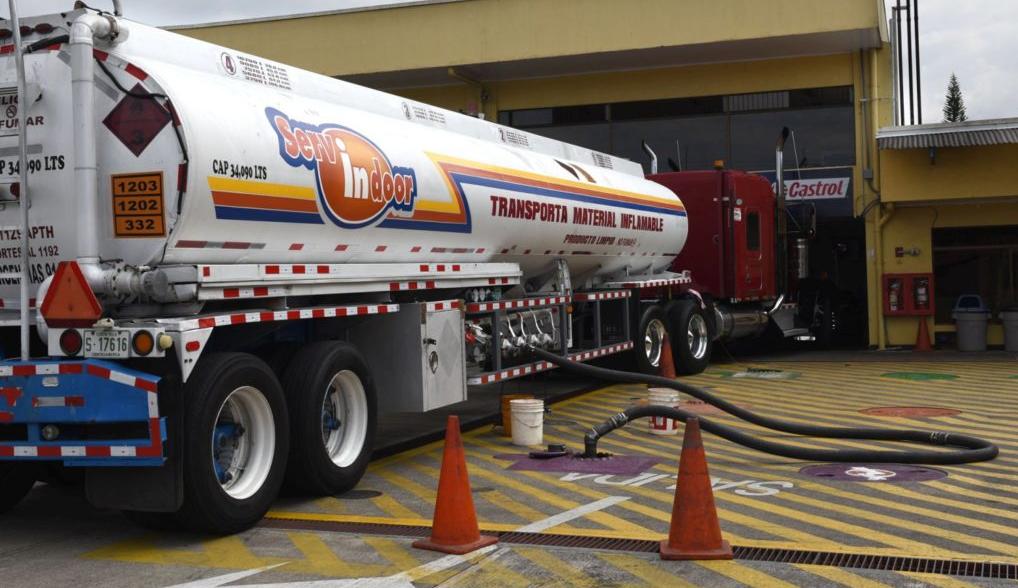 QCOSTARICA – The tax burden charged in Costa Rica for fuel means that consumers in Costa Rica pay the most expensive price in the region.

It is for this reason that several business chambers are asking the government to lower or freeze taxes, given the rise in international prices caused by the war between Russia and Ukraine.

With the latest request by the state refinery that refines nothing, the Refinadoa Costarricense de Petroleo (RECOPE), unless the government’s bill before Congress succeeds in halting the increase, the price of a liter of super gasoline would rise to ¢909 in the coming weeks, of which, ¢478 correspond to the purchase made by RECOPE, ¢272 to the fuel tax and ¢71 to the average margin charged in service stations.

Read more: Government seeks to rescind request for increase in fuels by Recope

Regular gasoline, diesel and other fuels have a similar tax margin applied to each liter pumped by the service stations.

Guatemala, Honduras and El Salvador have already put a brake on the tax as a palliative measure, however, that possibility is still under discussion in Costa Rica.

The highest taxes after Costa Rica in the region are paid in Honduras (¢244) and Guatemala (¢159), while Panama has the lowest tax burden (¢104) per liter.

The effect of lowering the tax would cause less tax collection, however, not doing so would also have an impact on public finances because people would reduce consumption, and less taxes would be collected, not only the taxes on fuels but the sales tax as consumption is expected to drop.

That could lead to higher unemployment as businesses see their sales drop, causing a drop in income and in the hiring of personnel. In the best of cases, unemployment would stay stagnant.

The situation is worrying if one considers that at the moment more than 300,000 people in the country do not have a job.

“A liter of fuel at such a high price has direct effects on the economic recovery of companies and their expansion and hiring plans, but also on families, who would reduce their purchasing power in other products and that would cause a decrease for the Treasury in VAT (the 13% value added tax),” explained Daniel Suchar, financial analyst.

The main function of the collection of these taxes is to invest in the reconstruction and maintenance of highways and cantonal roads.

“The great slice of that cake in the collection of gasoline is taken by the Government and that is why we are asking that the tax be eliminated for a period of three to six months,” said Alberto Mesén, president of the Board of the Cámara de Empresarios del Combustible (Chamber of Fuel Entrepreneurs).

The need to take measures to curb the rise in fuel prices is urgent, according to the representatives of the Cámara Nacional de Transportistas, Cámara de Industrias and the Unión de Cámaras (National Chamber of Carriers, the Chamber of Industries and the Union of Chambers), which is why they are requesting a dialogue table with the government.

Temporarily suspending the single tax on fuels must be done through a reform of the law, which is why the businessmen also ask legislators for their support.

“For the Unión de Cámaras, the discussion of this proposal should be a priority because it is a measure to contain the escalation in prices due to the international increase in oil, so that the effects for Costa Rican families and for the sector production have less impact,” said José Álvaro Jenkins, president of Uccaep.

Costa Rica has the highest tax per liter of fuel in the region.

The figures are converted from to colones per liter, according to data from the Cámara de Expendedores de Combustibles  (Chamber of Fuel Dispenses)- as of March 14, 2022:

QCOSTARICA - As the country nears another record-setting increase...
News