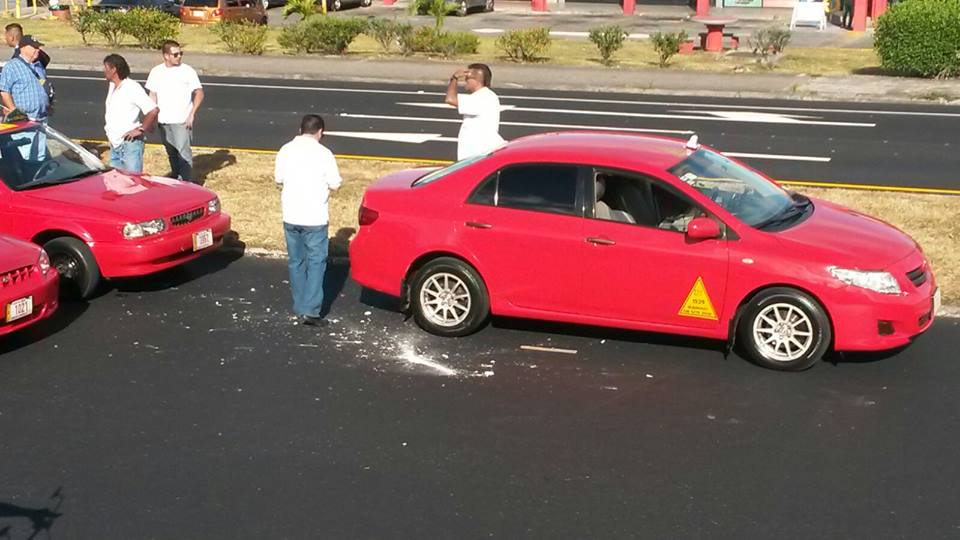 QCOSTARICA | The taxi protest took a sharp turn to violence this morning, already reports coming in of isolated incidents, like the motorcyclist who threw a stone at a taxi in the Circunvalacion.

Posts on the social media display the anger by many against taxi drivers, calling them “destructive dinosaurs” and being part of a collective “taxi mafia”.

“Vagabundos”, “maleducados” and “hijueputas” are what many describe the red taxis intent on blocking everything in San Jose.

If you don’t have to go anywhere today, don’t. If you can put off for another day whatever you had planned, do so. Although leaders of the taxi union are assuring us of a peaceful protest, if the early hours are any indication…

QCOSTARICA - Ruling by 'decree' may not allow President...
Redaqted