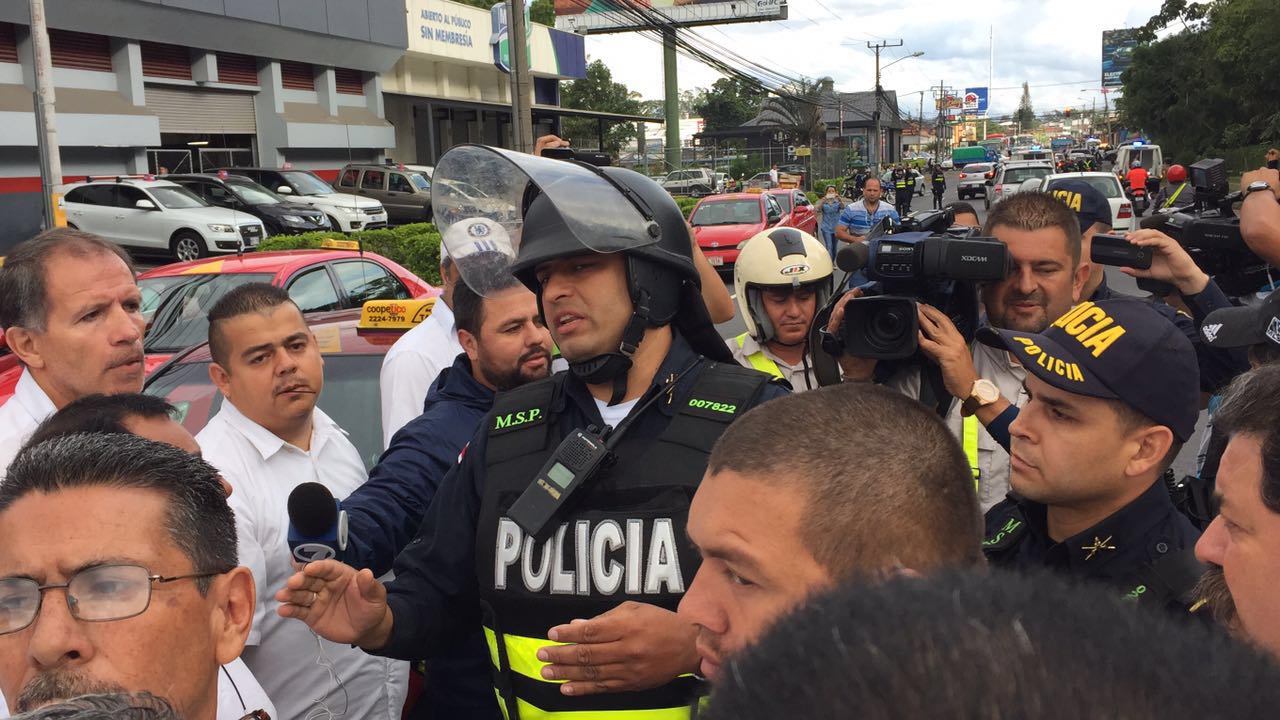 The protest by the taxi drivers today turned violent minutes before 6:00am, less than an hour after hundreds of taxi drivers began to block major roads around the Greater Metropolitan Area (GAM).

The only violent confrontation reported (as of 8:00am) was in San Pedro, across from the mall, when a group of taxi drivers fought with police. One report says a police officer lost several teeth. Images of bloodied shirts of taxi drivers were among the images on national television. 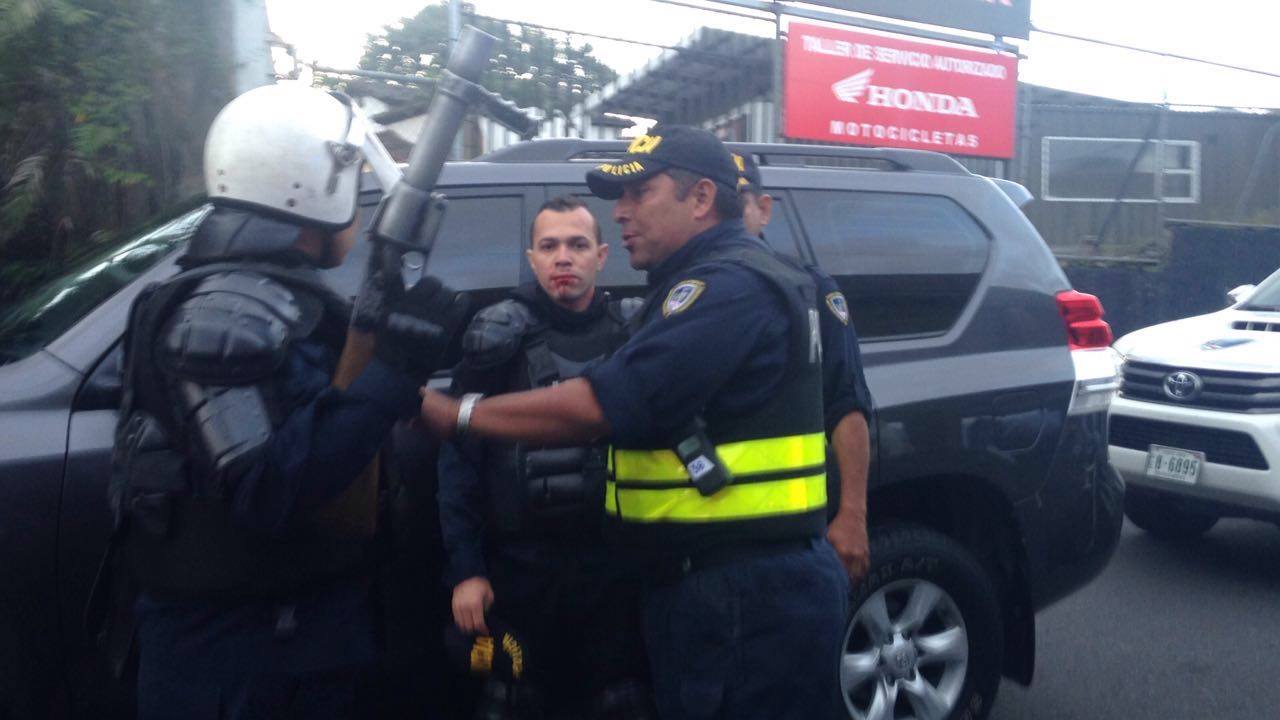 At other points –  the area around the San Jose airport, in Ochomogo de Cartago, La Galera, La Uruca, La Valencia de Heredia, Ruta 32 and Ruta 27 in the area of Escazu – riot police were able to re-open the flow of traffic without any incident.

Taxi stands in areas like the Parque Central in downtown San Jose were bare of any taxis.

What is the reason for the protest? The taxi drivers want the government to regulate the public transport, in other words, want the end of Uber. 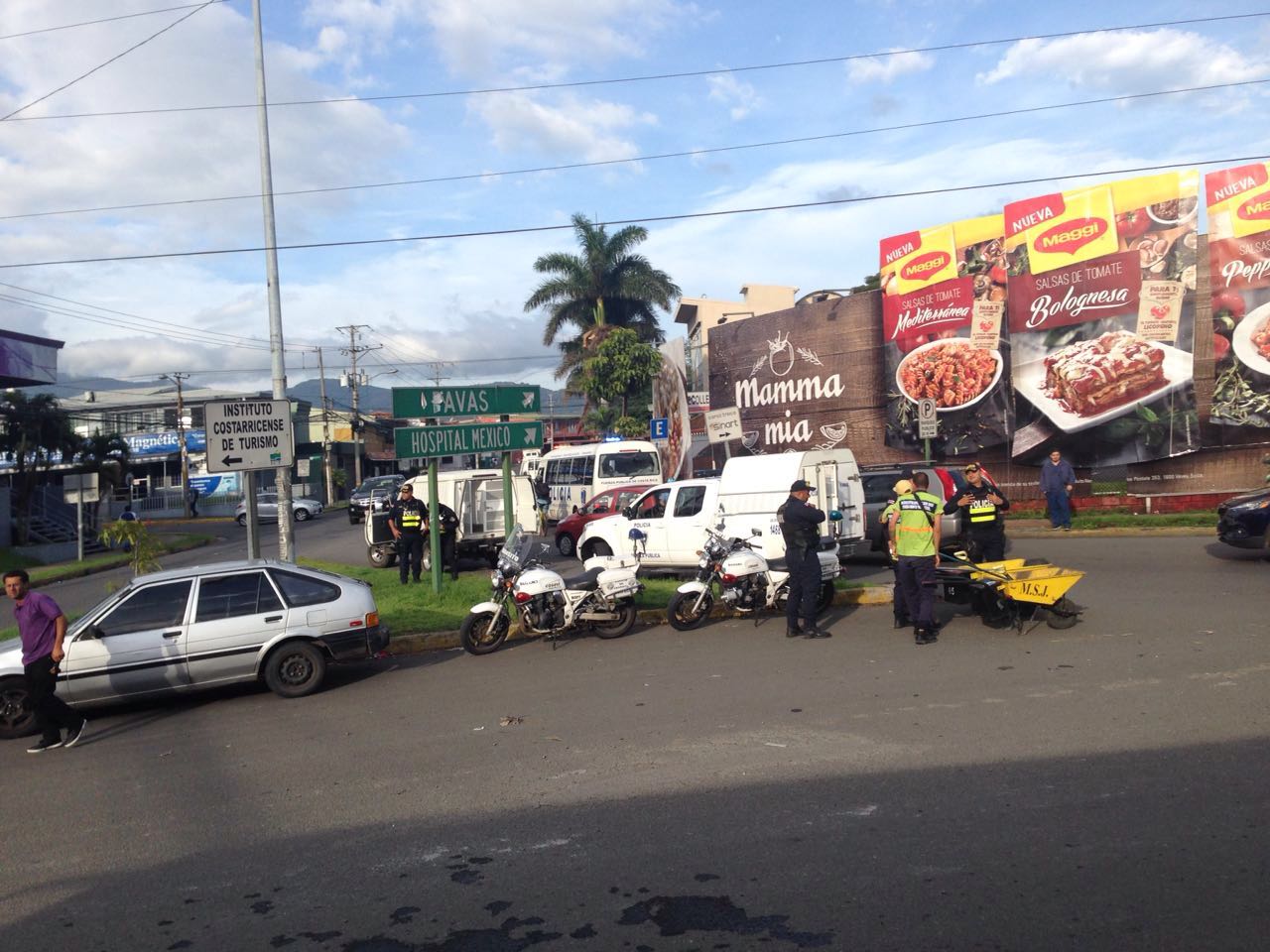 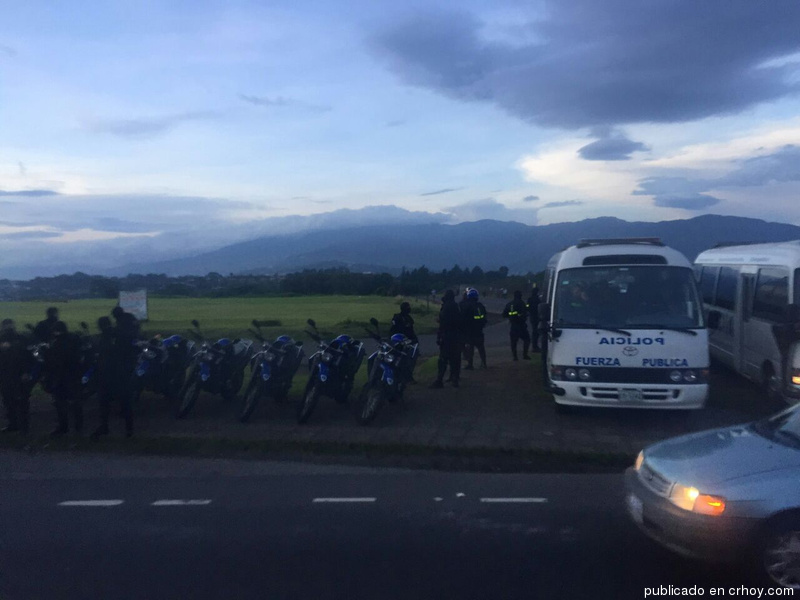 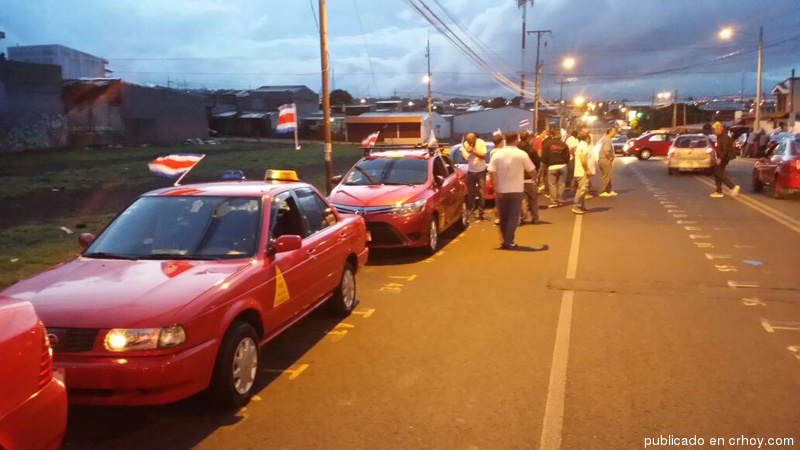 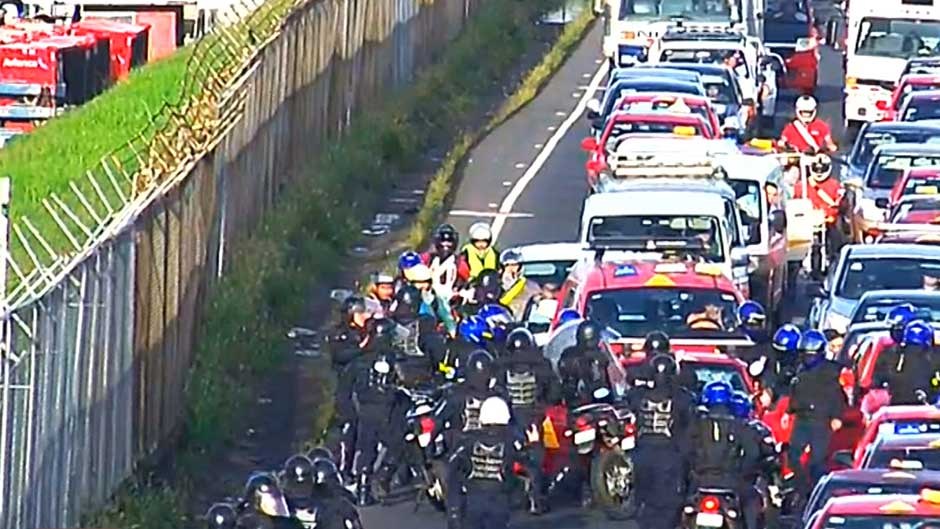 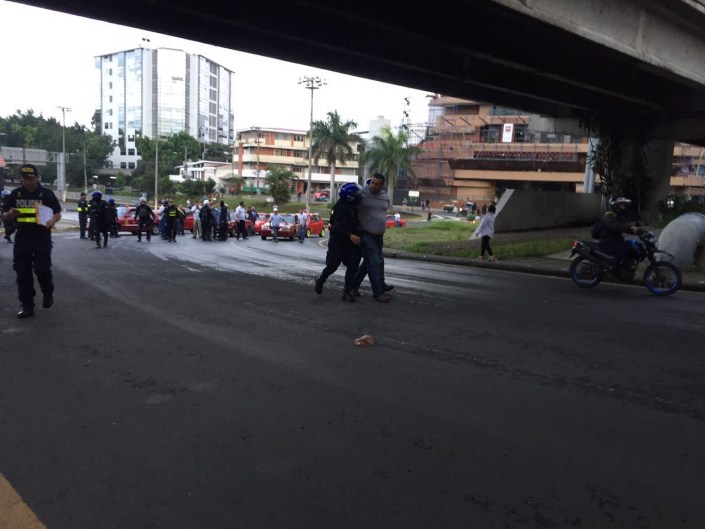 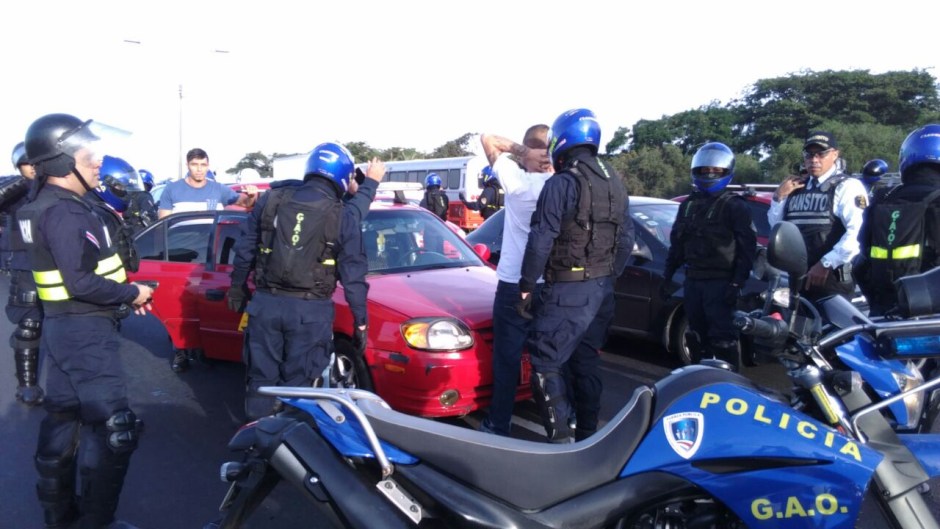 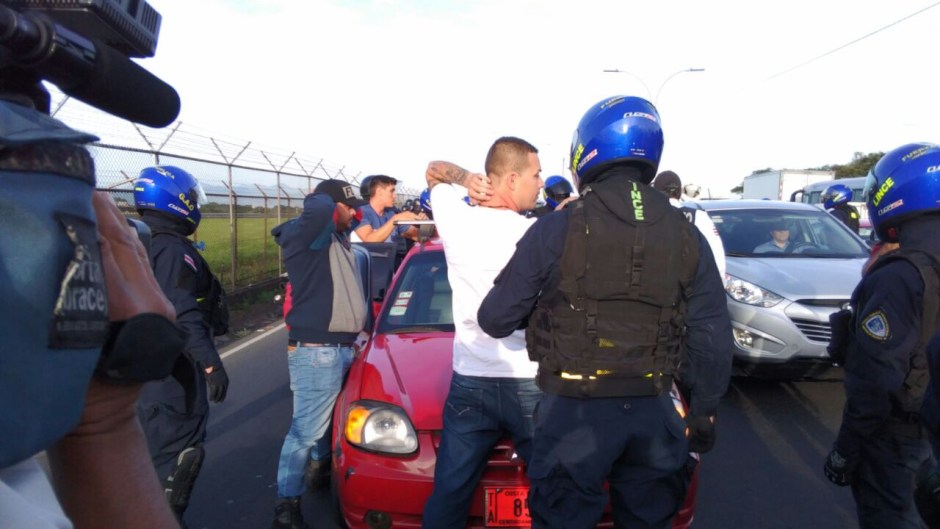 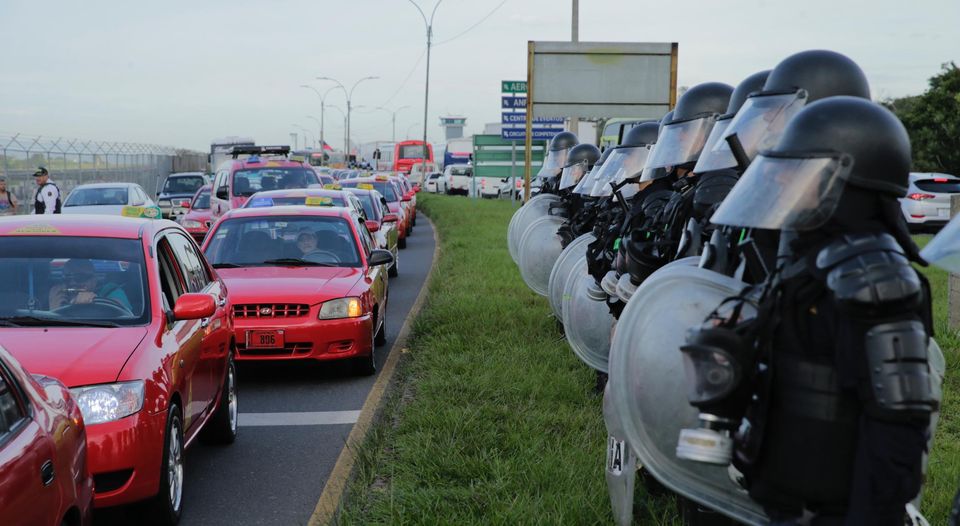 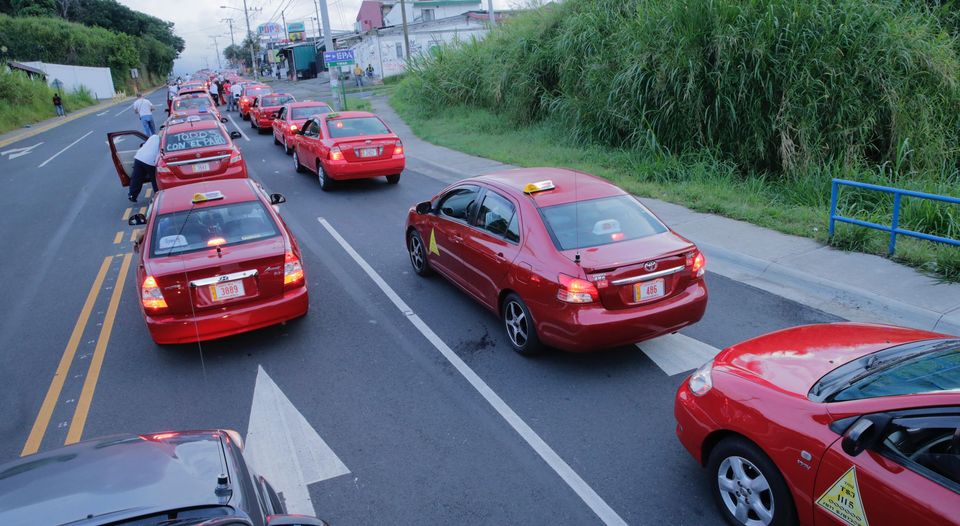 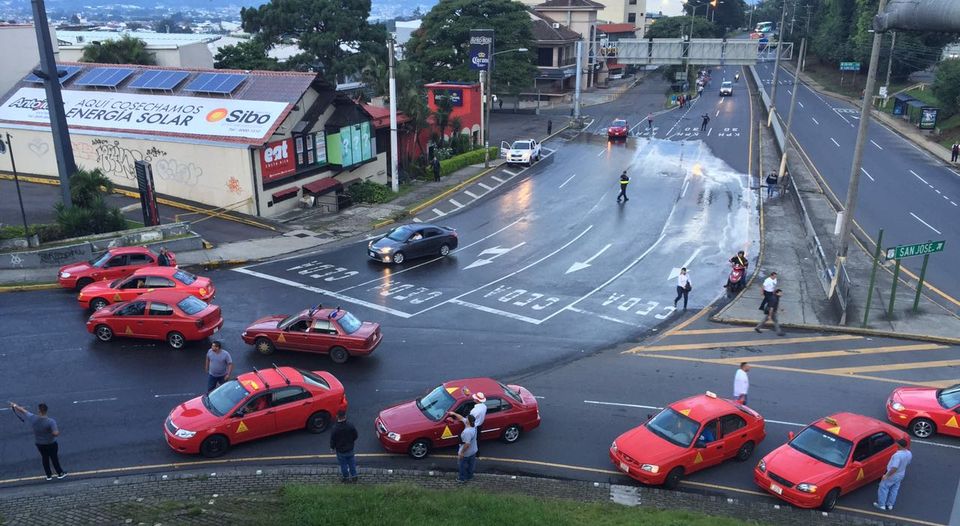 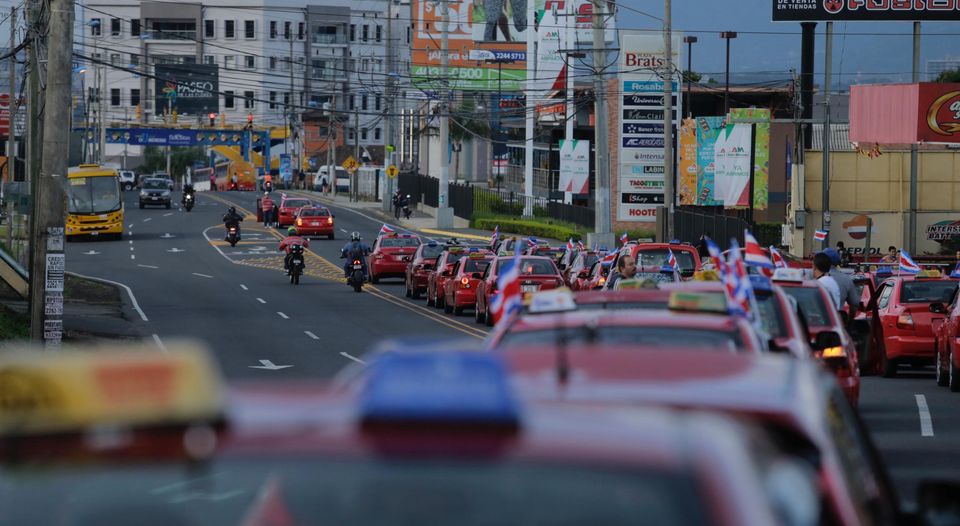 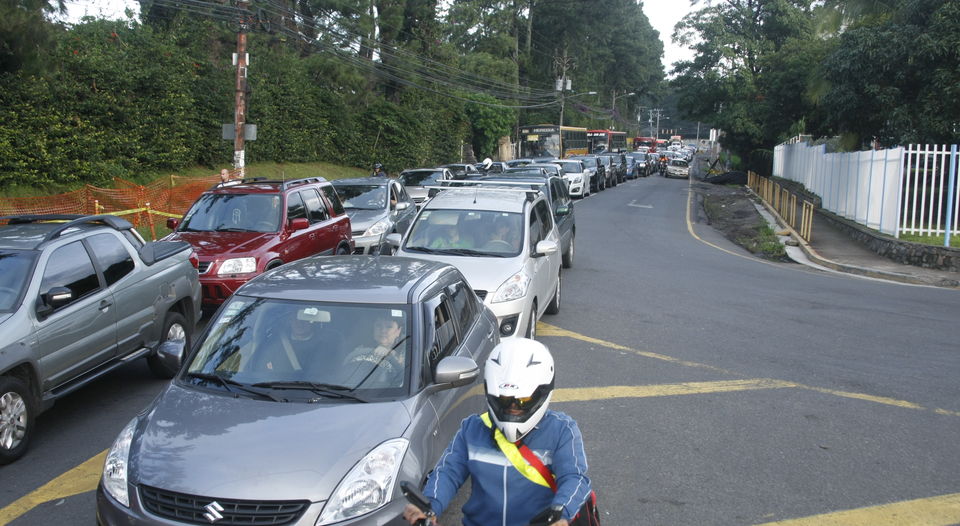 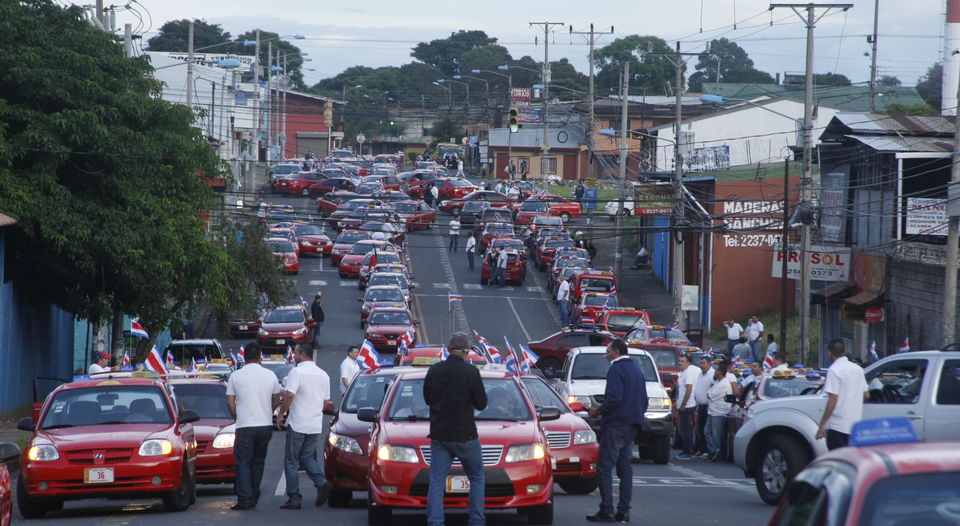 Staying firm on their goal of ridding the country of Uber,...
Read more