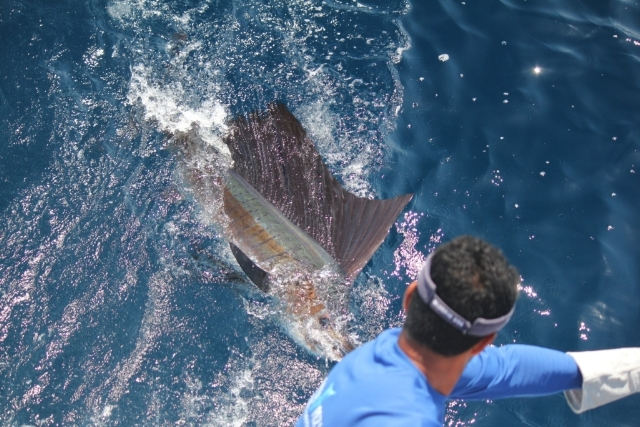 QCOSTARICA – The Offshore World Championship is off to an amazing start at Marina Pez Vela, with some of the highest results in tournament history. Over 800 Sailfish were caught and released today off the waters of Quepos.

67 teams, comprised of 320 anglers from 27 countries around the globe are all competing for the World Champion Title this week in Quepos, Costa Rica.

All catch and releases videos will be verified overnight by the  Offshore World Championship Organizers.    Three more days of competitive fishing are on tap as the tournament continues through Thursday, April 16th.

This is the third year in a row that Costa Rica has been selected home of the Offshore World Championship, thanks to the lobbying efforts of ICT and Marina Pez Vela.

QCOSTARICA - Six out of ten people in Costa...
Uruguay