Telefonica, the operator of Movistar in Costa Rica and Central America, is exploring the total or partial sale of its Mexican and Central American units with a view to urgently reducing its debt pile and boosting its share price, according to unnamed sources cited by Spanish business daily El Economista.

The company has been working secretly on the divestments for several months, said the sources, adding that talks with potential buyers are “fairly advanced” and that an agreement could be reached in the next few weeks if Telefonica’s valuations are met.

The company values its Mexican subsidiary at EUR 1.1 billion to EUR 1.9 billion while its 60 percent stake in the Central American unit encompassing Costa Rica, El Salvador, Guatemala, Nicaragua and Panama would be worth around EUR 760 million. 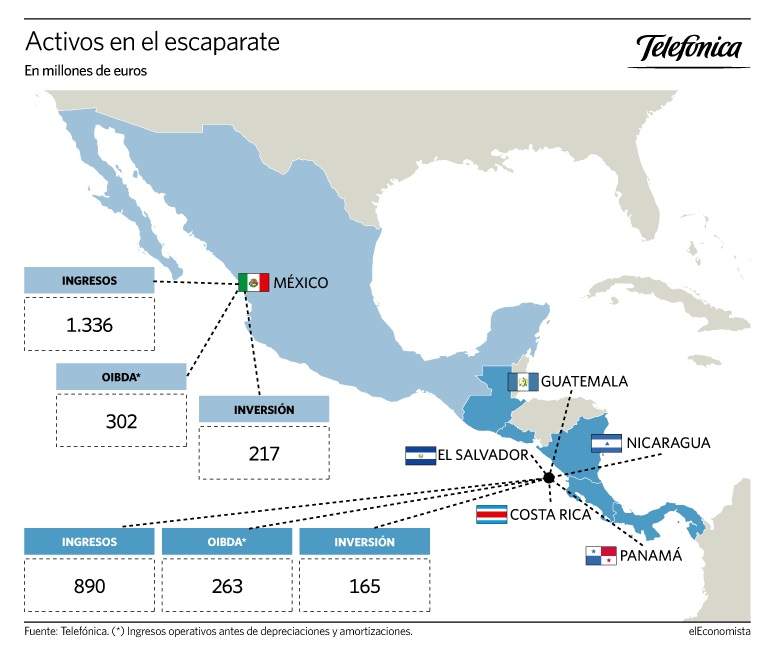 QCOSTARICA - Adolescents of 16 and 17 years old with some risk factor in case of falling ill with covid-19 will be part of...
News

QCOSTARICA - The Government of Carlos Alvarado confirmed on Friday that it does not plan to announce the expansion of the restrictive measures that...
Vaccine

QCOLOMBIA – For the past two weeks, mass protests that started on April 28, have rocked Colombia, leaving at least 42 people dead and hundreds...
Colombia

QCOLOMBIA – Colombia has been roiled by nationwide, anti-government protests for more than two weeks, with the city of Cali emerging as the epicenter. Protesters...
Health

QCOSTARICA - Costa Rica reported this Thursday the highest number of deaths associated with covid-19 in a single day, since the start of the...
Health

QCOSTARICA - On Monday, the Ministry of Health reported 1,280 people in hospital with covid-19, of which 466 of them in an ICU, aged...
Coronavirus