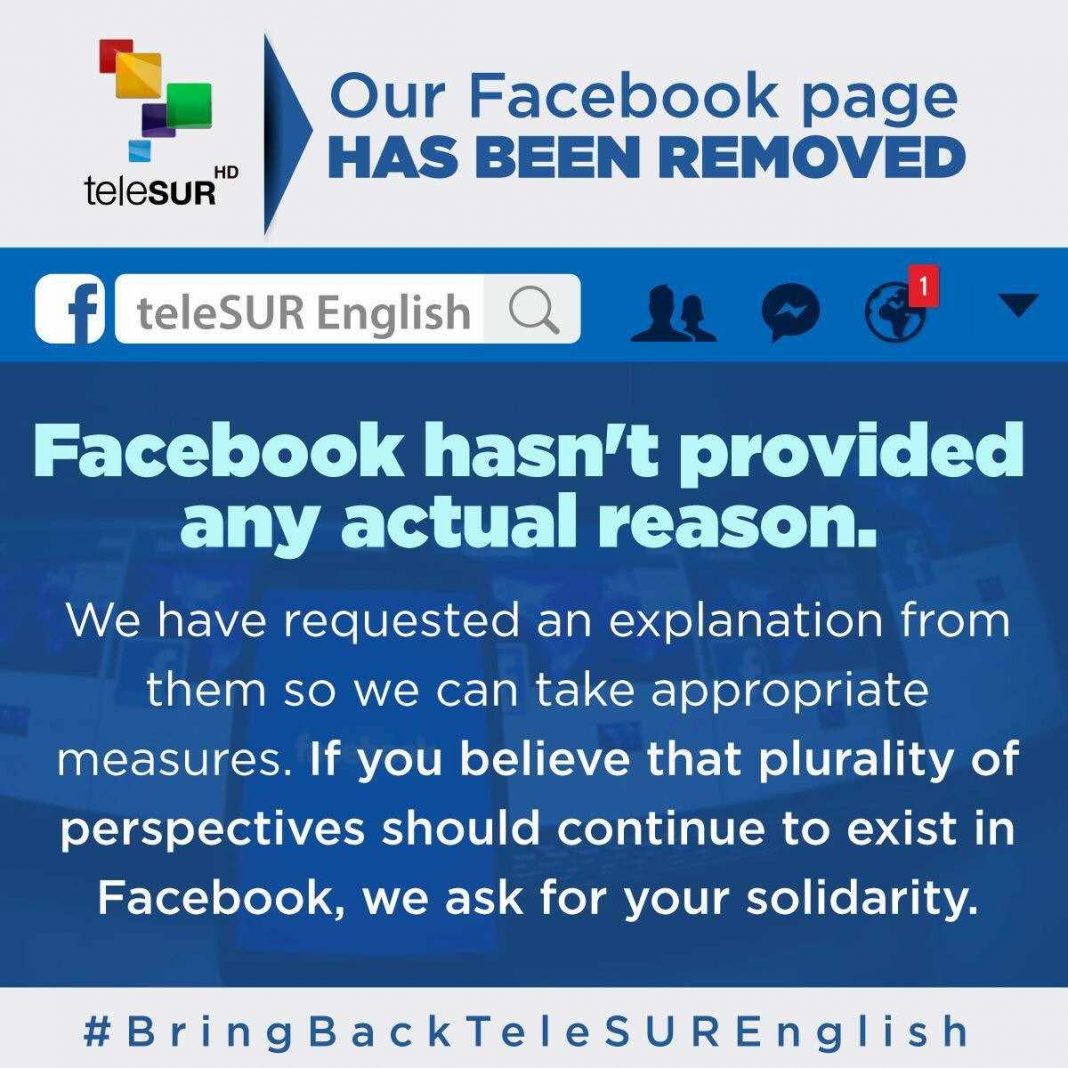 Latin American broadcaster Telesur, headquartered in Venezuela, said its English language page was deleted by Facebook without any explanation. 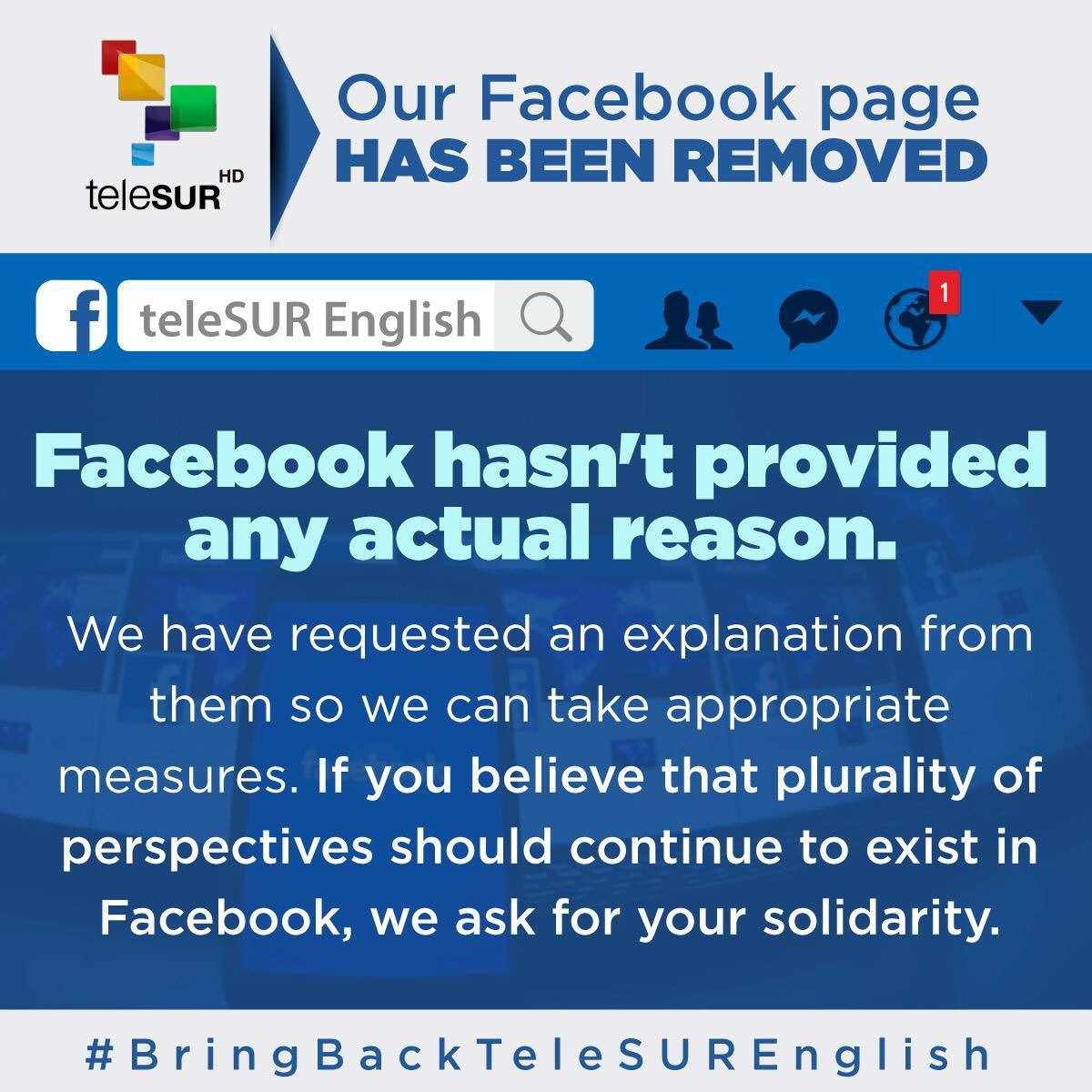 “Facebook has delete[d] our Facebook page for the second time this year without any explanation. Please spread the word and help us get our page back,” the broadcaster said Monday on Twitter.

Telesur English Facebook page has been removed for the second time. Absolutely this isn’t a coincidence. #BringBackteleSUREnglish @telesurenglish pic.twitter.com/iQ90hoWSuO

The removal of the broadcaster’s page comes on the heels of Facebook deciding to block InfoWars accounts, a move joined by YouTube and Apple. InfoWars founder Alex Jones has become famous with his largely discredited conspiracy theories.

Facebook faced sharp criticism in March after it emerged that personal data of about 50 million of its users had been harvested by Cambridge Analytica without their permission via a special app. The information was allegedly used to help target political advertising. In early April, Facebook estimated the number of users affected at around 87 million.

In late July, Facebook shares slumped more than 20 percent after its second-quarter report showed a slowdown in the company’s revenue and growth of its active users database.

Q24N - Conditions are deteriorating in a camp on...
Rico's Digest