Thank God, Or The Bottle Of Scotch For Small Favours 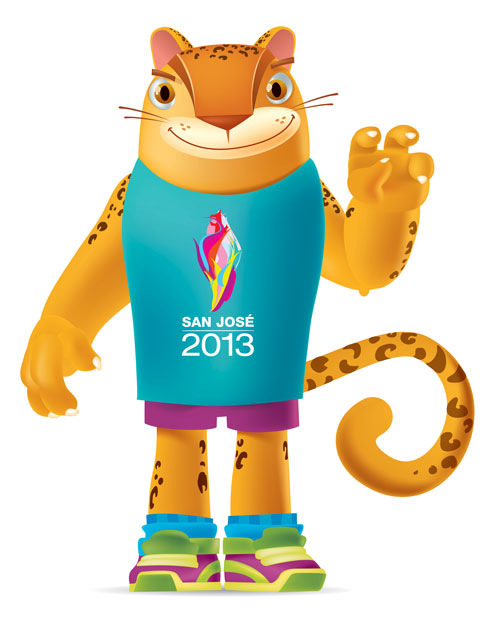 Just when I am ready to cut my wrists with the sadness that prevails in Costa Rica, along comes something like “The Little Train ” that says, “I can”.

The international embarrassment of losing the 2014 under 17 Female World Cup event (-17 FIFA)  ranks right up there with La Trocha and Karina Bolaños, but was somewhat offset by the success of the Central American Games whose opening ceremonies attracted multi-thousands of spectators and thousands of participants from the Isthmus.

The unfortunate or sad part is that only a few days before the Central American Games, World Cup FIFA – 17m, which is truly global in stature and would have brought millions but millions of dollars in tourist money, foreign direct investments to Costa Rica was yanked for “unable to  perform.” Not by the countries or participants, but by our very own government and soccer federation.

“Yes”, most expats are not so enthralled with futbol (soccer) and with anything remotely related below the World Cup level. But the world does not see it that way and we, Costa Rica, would have been envisioned as a “major player”, would have attracted tourists far and wide and helped put our “Little Train”, on the map, as it climbs the seemingly insurmountable hill.

With false pride, Costa Rica says, “…we pulled out of, the International Federation of Association Football (FIFA) event.”

Not true at all; we were fired by FIFA!

Fired for the same reasons we continue to lose tourism and exports: incompetence and the incurable lack of national spirit.

I cannot recall any country being “fired” after winning a bid to host any major international event.

It is a shame, a total shame and hurts Costa Rica, maybe even more than our crime and corruption.

Of course the political fingers come out and our system of life is so complicated that we will never know the true reasons what went wrong within.  Exactly, the same complicated process of identifying accountability results in so few criminal convictions and the deep seeded feeling that government is not, perhaps never has been in control.

As might be expected the FIFA story is long and complicated. However, in the end it reflects on us and our critical need to become a respected nation but yet we cannot seem to act as one; even if just part-time, so we are the proverbial Banana Republic, so to speak.

When we most need positive PR, comes one major and then another, worldwide negative hit.

The Central American Games make up for some of the loss. Some, but not too much of the embarrassment.  Also, most of the Game’s activities will take place in renovated as well as new facilities located in areas of the “working class” Ticos and not in up-scale commercial zones.

The concept of Johnny Araya, Mayor of San Jose is to provide recreational youth based facilities and neighborhood pride as a viable option to crime when the Games leave town.

Will the Games and the venues make a positive social impact? Who knows for sure, but they are better than what we now have.
Would the FIFA World Cup -17 Females have made a difference? On that one the answer is, “Yes!”

No question that international television, foreign tourists, the team of players would have brought much needed dollars (Estimated $10 million in hospitality alone) to our coffers and certainly would have generated far more interest in Costa Rica than the pathetic advertising attempts which not only included a sleeping sloth but in Spain the photos posters of a tropical bird found in Africa not at all in Costa Rica.

To be “fired” from a world class event is simply a sad state of affairs.