That Makes It Nine, The Women Accusing Former President Arias 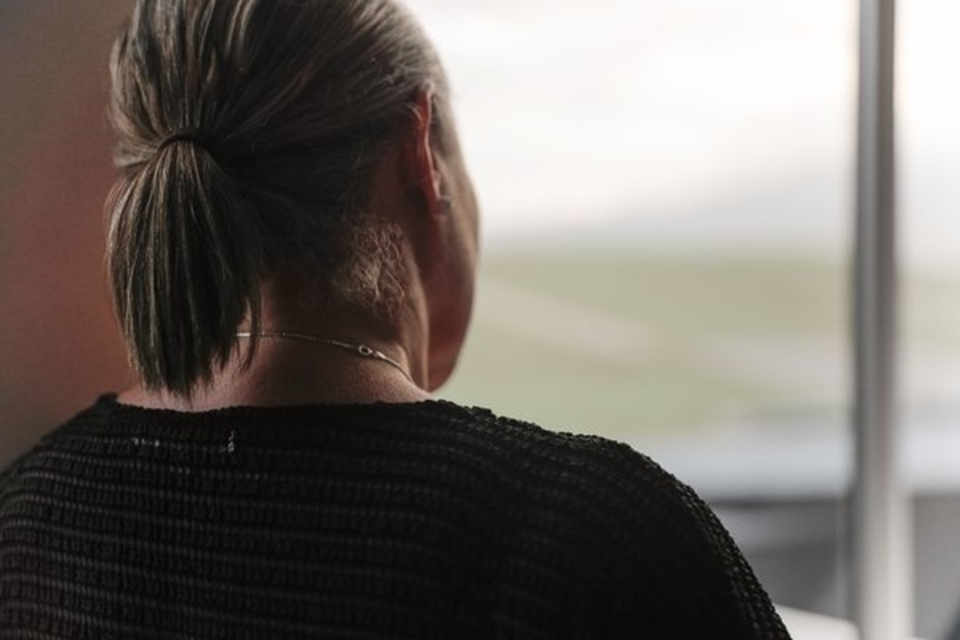 The list keeps growing. Nine are now the women who have accused former Costa Rica president and Nobel Laureate, Oscar Arias, of rape and sexual harassment.

In an exclusive interview with La Nacion on Thursday, Patricia Volio García, who worked as a personal trainer Arias, was the lasted to come forward with her story of harassment by the former president.

Volio said that, about 15 years ago, she was forced to interrupt the physical training sessions with Arias due to his unwanted touching and sexual innuendo.

Volio, 60, explained that the former president has a physical training room at his residence in the posh neighborhood of Rohrmoser, on the west side of San Jose, and where she provided him services three times a week.

“The first time, he invited me to have lunch at his house at the end of a training session. I agreed and it was really nice,” said the physical trainer.

However, later, things got creepy. Volio said in the following sessions he used sexual innuendos to communicate his desires towards her; she told him that if he kept it up, she would not return. But he did not stop, he continued and then kept calling her, after she communicated she was ending the.

Volio said that she felt uncomfortable and afraid for her physical integrity. As she related, her concern was also her family (she is the mother of three children).

Her friend Lidiette Vargas Valerio, reached by La Nacion to comment, said: “She told me that years ago that and, rather, I thought it was very funny; at that time I was giving her yoga classes and she had told me the whole thing while we were training to compete in a marathon.”

Two other friends of Volio, who preferred not to be identified, also confirmed to La Nación Volio’s account of years ago.

The revelation came on the same day that La Nacion disclosed another case of sexual harassment attributed to the former president by the real estate entrepreneur, Pilar Baeza Montes de Oca.

“We were talking and suddenly he threw himself towards me to touch my breasts. I shook him off and I remember talking to scolding him for it. I told him what’s wrong with you? He replied: ‘Do not tell me you do not want me to touch you’. I answered strongly that I did not want it I was choking with fury and scared,” said Baeza Montes de Oca.

María del Pilar Baeza Montes de Oca, 65, and a real estate entrepreneur, says that this was that is the outcome of a meeting she had with former President Óscar Arias Sánchez in 2008 (during his second term in office 2006-2010) at his home in Rohrmoser.

Baeza Montes de Oca points out that a journalist friend took her to the president’s residence, who wanted to her to meet the president.

In an interview with La Nación on Wednesday, the woman said that her friend avoided revealing the identity of the man, saying “I would be surprised”.

“She assured me he was a charming man and I agreed because we agreed that she would accompany me,” he says. The plan, she says, was to meet at a restaurant in the Plaza Mayor shopping center in Rohrmoser, near the Arias house.

Baeza Montes de Oca said she was disappointed when her friend took her to the Arias house.

In her story to La Nacion, Baeza Montes de Oca, said on arriving at this home, Arias greeted them charmingly. As she remembers, he showed them his library, photos, and recognitions of his political career. Then the three shared some wine and snacks.

At a certain moment of the evening, says Baeza Montes de Oca, she went to the bathroom and upon her return, she was surprised that her friend had to lease. A situation she did not like, she stressed.

“By courtesy, I agreed to stay a while longer. We continued talking on the couch and, suddenly, he just started to touch my breasts. I took shook him off and said, “what’s wrong (with you)?”.

In her story, the woman maintains that the then president tried to keep her in the house.

“He remained seated and began to undo his pants until he showed me his member and then he said: ‘Pilar you spend the night with me, we are alone and the butler is not here either; the house is locked and you cannot go,” she said.

She explained that, between the anger, the surprise and the fright that she felt, she shouted at Arias to immediately open the door to which she started to walk after what had happened.

Arias did open the door, but the woman supposes that because she was so upset, he “had no choice but to open up.”

Baeza Montes de Oca emphasized that she decided to tell her story eleven years later, inspired by the #yotambién (#metoo) movement and to publicly support the other women who have accused Arias.

More: Emilia Navas On Oscar Arias: ‘It will be investigated like any other case’

That makes it nine

The first case was made public on February 5 when the university newspaper, Semanario Universidad, published that De. Alexandra Arce von Herold filed a ‘denuncia’ -criminal complaint – of rape against Arias.

The second denuncia came a day after from Yazmín Morales Camacho, Miss Costa Rica 1994, who accused the former president of touching her breasts and kissing her by force in a meeting at the house of the Noble Laureate in 2015.

Carina A. Black, 52, a political scientist at the University of Nevada told The New York Times that Arias tried to kiss her, followed by the accusation of Costa Rican journalist Eleonora Nono Antillón, who said that the former president had sexually abused her when she worked with him 35 years ago.

Marta Araya Marroni also accused Arias of sexual harassment, had touched her leg and by telephone in 2012 while helping him in the editing of his book Con Velas, Timón y Compass.

Emma Daly told The Washington Post of how Arias had touched her breasts in 1990. Mónica Morales, journalist for Perfil magazine, narrated her story of Arias’ harassment during an interview with the president in 2013, when the former president suggested she sit on his lap.