The 10 Most Influential Women in Costa Rica

Despite Costa Rica still having a long way to go with respect to gender quality, access to wealth and equity in leadership opportunities for women, there are outstanding women who with their ability to drive change, both on a personal and professional front make great strides in areas of politics, economics and social.

The Prensa Libre says it used several criteria to choose the ten most influential women in the country and with the support of the Dean of the Naional Press, have come up with the following list: 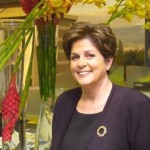 1. PILAR CISNEROS GALLO, Co-director of Channel 7 Television news
Born in Lima, Perú, June 27, 1954, she arrived in Costa Rica in 1972, graduating in journalism from the Universidad de Costa Rica in 1980. She travelled to the United States to obtain here Masters in Investigative Journalism from the University of Florida, Gainsville. Cisneros has worked for La Nacion and for more than two decades at Canal 7, where she currently is noon news anchor and co-director of the news program. 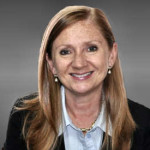 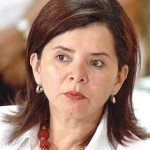 3. MARÍA LUISA ÁVILA AGÜERO, Former minister of Health
Under her leadership, in 2009, Costa Rica achieved the lowest infant mortality rate in history, taking third place in Latin America, thanks to the extension of the basic vaccination for all citizens. Born in San Jose, Costa Rica, January 30, 1961, she is a Costa Rican pediatric infectious disease specialist, who has been Minister of Health during the administrations of Óscar Arias Sánchez (2006-2010) and Laura Chinchilla Miranda (2010-2014) 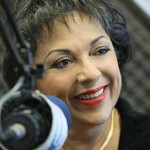 4. AMELIA RUEDA AHUMADA, Journalist and director of the radio program Nuestra Voz
She began her career as a Television news reporter from Channel 7. In 1996, he became Managing Director of Noticiero Univision. Under her leadership introduced new topics in the news agenda of space, that earned her multiple national and international awards as Angela Acuña Braun (for coverage on gender issues), Unicef ​​(for awareness of the rights of children), Joaquín García Monge (for coverage of health issues). 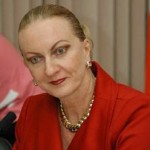 5. OFELIA TAITELBAUM YOSELEWICH, Ombudswoman
Holds degree in Biology from the University of Costa Rica (UCR) and holds a Master of Environmental Pollution Control from the Polytechnic of London, England, also has a Masters in Business Administration from INCAE. From December 2009 to date is the  defensora de los Habitantes de la República de Costa Rica (Ombudswoman). 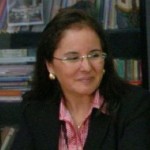 6. IARY GÓMEZ QUESADA, General Manager and Director of Grupo Extra (Diario Extra and Prensa Libre newspapers)
In 1992 became part of the Group Extra. With her help the project developed the Channel 42, in late 1996 she switched to Radio America, where she worked for eight years. In 2003 she took the CEO of Extra Newspape, owner of two newspapers, Diario Extra and La Prensa Libre, two television channels: 42UHF and 69UHF and two radio stations: Radio America Radio 780 MHz and 850 MHz Carthage . 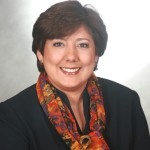 8. MÓNICA SEGNINI ACOSTA, President of the Chamber of Exporters of Costa Rica
Businesswoman and managing parter of Grupo Descarga, a logistics company and export services. She holds degree in Business Administration with specialization in Customs and International Trade, a member of the Costa Rican Director of Fiscal Studies of the Trade Office of Costa Rica (Procomer) of Federation of Chambers of Exporters (Fecaxca) and professor of the School of Foreign Trade Customs Administration and the University of Costa Rica (UCR). 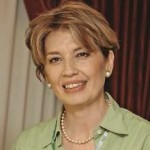 9. MAYI ANTILLÓN GUERRERO, Minister of the Economy, Industry and Trade
Former Minister of Communications and Government Liaison Oscar Arias Sanchez and former deputy. She served as executive vice president of the Chamber of Industries of Costa Rica, pushed legislation for the national productive sector, including the Law on Strengthening Small and Medium Enterprises and the Law of the National Quality System. As legislator, drove the Banking System Law. 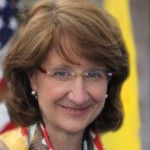 10. ANNE SLAUGHTER ANDREW, United States Ambassador to Costa Rica
Anne Slaughter Andrew is an American environmental attorney and was appointed the current United States Ambassador to Costa Rica by President Barack Obama in 2009. Born in Evansville, Indiana, Andrew graduated from Georgetown University with a Bachelor of Arts. She received her Juris Doctorate in 1983 from Indiana University School of Law at Indianapolis, where she served as Editor-in-Chief of the Indiana Law Review. Andrew is married to former Chair of the Democratic National Committee Joe Andrew and they have two children.

QCOSTARICA - It's five in the afternoon on any given Wednesday in San José. Hundreds of people returning to their homes begin to crowd...
Redaqted