The 20 Most Dangerous Places To Drive In The World

Q TRAVEL – The 20 most dangerous places to drive in the world. If after reading the title you thought Costa Rica must in the list, possibly at the top or near the top would be…wait for it…wrong.

With more than one death daily due to traffic accidents Costa Rica surely has to be on the list, especially when the tally is of deaths at the scene of the accident and does not include deaths after the injured is removed and taken to hospital.

Around the glob, nearly 1.3 million people die in road crashes each year around the world, on average 3,287 deaths a day, according to the Association for Safe International Road Travel (ASIRT).

Up to 50 million are injured or disabled globally; most of the victims are between 15 and 44 years of age.

The following list, in no particular order, is based on several studies and analyses – the latest data by the World Health Organization (WHO) and research by the University of Michigan Transportation Research Institute, which did its own study.

Both calculate the rate of traffic fatalities per 100,000 inhabitants. Road conditions, traffic rules, law enforcement, pedestrians’ behavior, and social stability have all been taken into consideration.

Eritrea is on the list due to its rate of 48.4 deaths per 100,000 inhabitants, making it one of the deadliest places to drive, according to the World Health Organization’s figures. Main roads are often in bad condition with many potholes. Signs and safety guard rails are often non-existent. Risks involved in driving are due to the presence of animals, pedestrians and cyclists on the road. Road rules are generally ignored.

The road fatality rate is 32, according to UMTRI. Each year, 29 out of every 100,000 people in this Caribbean nation die in road accidents, according to the 2015 Global Status Report on Road Safety. Drunk driving, exceeding speed limits, making sudden lane changes without signaling properly, and not paying attention to stop signs are some of the contributing factors to car accidents in the country. 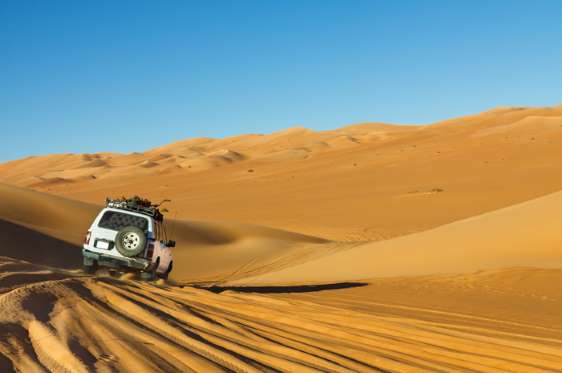 The rate of traffic fatalities in Libya is 73.4 per 100,000 people. More than 3,606 deaths were reported in 2013 alone, even though WHO estimates the actual number was above 4,500. Speeding is a big problem. Intense fighting continues in a many regions, and a high threat throughout the country of terrorist attacks and kidnappings remains, according to the U.K. government.

Thailand’s fatality rate is in the upper 30s per 100,000 inhabitants, according to all sources. There are no formal audits required for new road construction projects, according to WHO, and there are no regular inspections of existing road infrastructure. Speeding, drunk driving and barely enforcing road laws are some of the most common reasons for the high number of accidents.

UMTRI calculated the road deaths rate to be 35 per 100,000 people. Many roads are in good condition, but there are also gravel and dirt roads with pot holes and landslips, according to TripAdvisor. The rainy months of May and October are the most dangerous for pedestrians and drivers. Also, pedestrians don’t have the right of way as they do in many other countries, so if you slow down or stop at a crosswalk, you could cause an accident with unsuspecting motorists.

The fatality rate is 31.1, according to WHO statistics. Major roads are paved, for the most part, but pot holes and pedestrians who don’t follow basic rules and walk in the middle of the road continue to be a problem. There are no sidewalks or shoulders outside of São Tomé, so bicyclists and animals on the roads can be a major hazard, according to U.S. State Department. 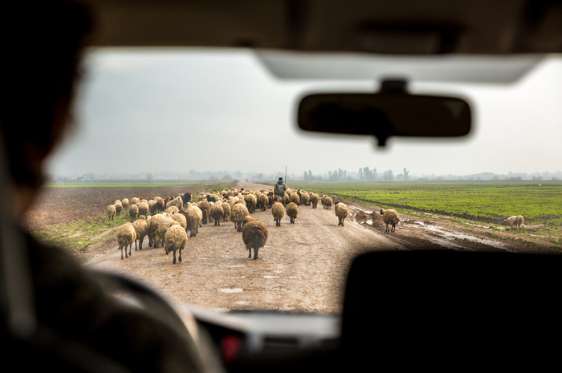 Iraq is the 10th most dangerous country to drive in, according to UMTRI, with 32 fatalities per 100,000 inhabitants, according to the Transportation Research Initiative. Travel within Iraq remains very dangerous given the security situation. The drivers here are impatient, rude, and drive anywhere they can, according to VirtualTourist.

Iran is the third most dangerous county to drive in, as per data by the Transportation Research Initiative, with 38 road fatalities per 100,000 residents. Traffic is generally busy and chaotic. Close to 20,000 people die from vehicle accidents each year in Iran, according to local officials. This is the second highest cause of mortality in the country, according to the U.S. State Department. Drivers ignore traffic lights, traffic signs, and lane markers. Urban streets are not well lit and sidewalks exist only on main roads and are usually blocked by parked cars. 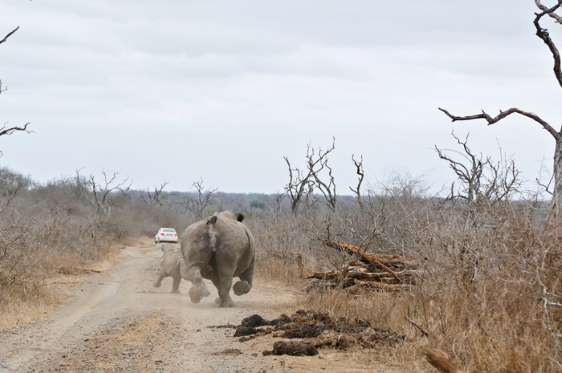 The road fatality rate in Swaziland is also 36 per 100,000, according to UMTRI’ s study. WHO put that number at 24.2. Cattle and pedestrians can very often be seen on roads between cities. Too many pot holes, ramshackle settlements, and wandering livestock make driving a dangerous task. There are no policies to encourage investment in public transport or restrictions on children sitting in front seat.

Few would disagree that Syria is currently the most dangerous country in the world due to the civil war. Government forces and various rebel groups have ruined the infrastructure of big parts of the country and even residential areas with bombs. There is a serious risk for kidnappings, bombings, murder, and terrorism. Interestingly, by law, only the passengers of hire cars need to wear seat belts.

The highest fatality rate from road crashes is in Namibia (45 per 100,000), according to UMTRI’s study. Most of the roads are gravel. They are also very wide, straight and quiet. All of these tend to make drivers too relaxed which, as a result causes them to speed up too much, increasing the risk for crashes. In terms of post-crash care, there are no emergency access telephone numbers, according to WHO.

WHO estimates the fatality rate per 100,000 population to be 31.1. About 70 per cent of the crashes involve motorized 2- and three-wheelers. No formal audits are required for new road construction projects. Also, regular inspections of existing road infrastructure and policies to promote walking or cycling are non-existent. The lack of pavement on many major roads and most secondary is a problem whenever it rains.

The road traffic fatalities rate in the 11th largest country on Earth is 33.2. The Transportation Research Initiative puts the number at 34. Roads are in very bad condition, and most of them are unpaved or unmaintained. Transportation infrastructure throughout the country and security conditions are “very poor,” according to the U.S. State Department.

As in Iran, Rwanda’s road fatality rate is 32.1 per 100,000 people. Traffic moves on the right-hand side of the road, but there is an abundance of right-hand drive vehicles that create risks. Traffic circles are especially perilous. Frequent grenade attacks have damaged of lot of the infrastructure. There is no national law on mobile phone use while driving.

There are 36 deaths per 100,000 inhabitants, according to UMTRI. That averages about three deaths a day. Driving there is chaotic, but the country made the list mostly because of their overall security situation. Parts of the country are unstable due to high levels of violent crime and armed conflict, according to the Canadian government.

There are 35 road deaths per 100,000 people, as per WHO statistics (32, according to UMTRI). Even though audits are being done when new projects are started, officials don’t inspect existing roads and there are no policies to promote walking or cycling, or to encourage investment in public transportation. 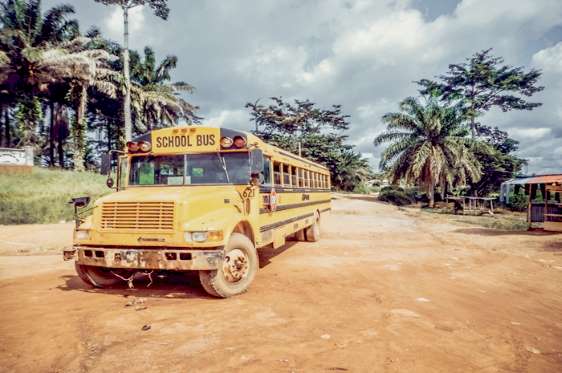 Liberia’s (the country in West Africa and not the city in Costa Rica) death rate from car accidents is 33.7 per 100,000 people. Laws against drunk driving and regulating speed exist, but there are none that require motorcyclists to put helmets on, drivers to wear seat belts, or put restrictions on children sitting in the front. Road conditions are poor; potholes are common. Approach intersections with extreme caution, the U.S. State Department says. Cars are often overloaded with people and goods, and make frequent stops without signaling.

Tanzania’s fatality rate as a result of car accidents is 32.9. Roads are in bad condition, especially in the western part of the country. There is dust everywhere, which doesn’t go away easily because the weather is usually hot and dry, this increases the risk of crashes.

CAR’s road fatalities rate is 32.9 per 100,000 inhabitants, according to WHO numbers. Existing infrastructure is poor and the government doesn’t inspect it on a regular basis. Many roads have large holes and degraded areas that prevent the normal flow of traffic. Only few roads, including in the capital, are paved.

The road fatality rate in Mozambique is 31.6 as per WHO data and 36 according to the Transportation Research Initiative. There are no formal audits required for new road construction projects, no checkups of existing road infrastructure, no policies to promote walking or cycling, no policies to encourage investment in public transport, and no policies to separate road users and protect vulnerable road users (VRU).

QCOSTARICA - The multipurpose national stadium, the first modern sport and event arena to be built in Central America, located La Sabana. The stadium was...
Trends