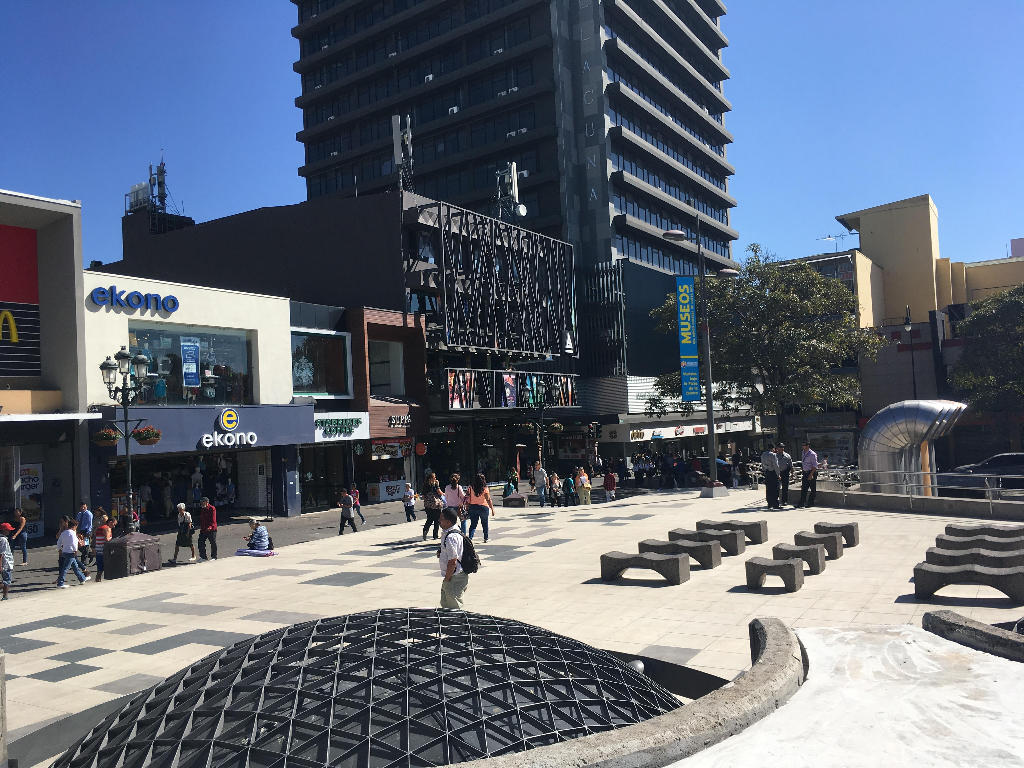 RICO’S JOURNAL – It has been some time since I took a leisurely stroll through the heart of the capital city. No reason, just tired of the same. But on Thursday (January 26), I decided it was time, it was the new year. And was pleasantly surprised: there were changes afoot. Changes aimed at raising the bar, maybe lifting the city’s image of a tired and run down city core that, like me, many prefer not to waste time visiting.

The first is the gone of the Carrion store, that had fallen into disrepair and really was now an eyesore. The once prominent retailer had faced economic hard times, closing many, if not all, it stores. 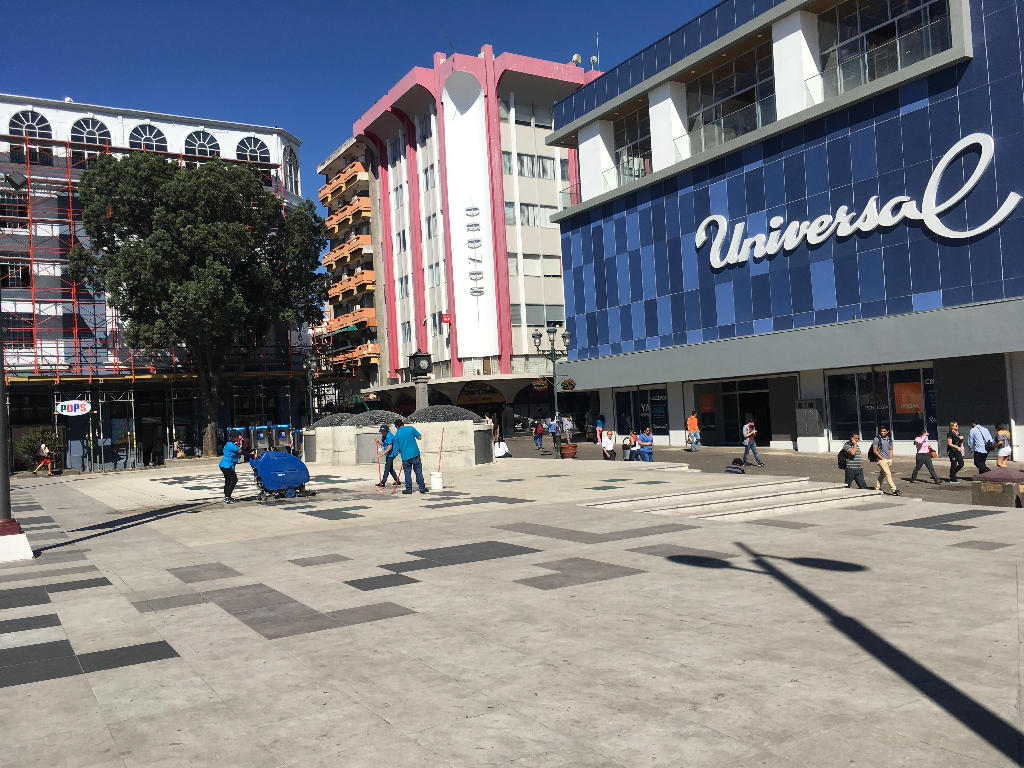 Replacing the Carrion is the new Plaza de la Cultura Universal store, an attractive and clean facade with the Universal logo in big. A change for the retailer from the traditional big display windows of the Plaza Avenida store, a few blocks west on the Bulevar. 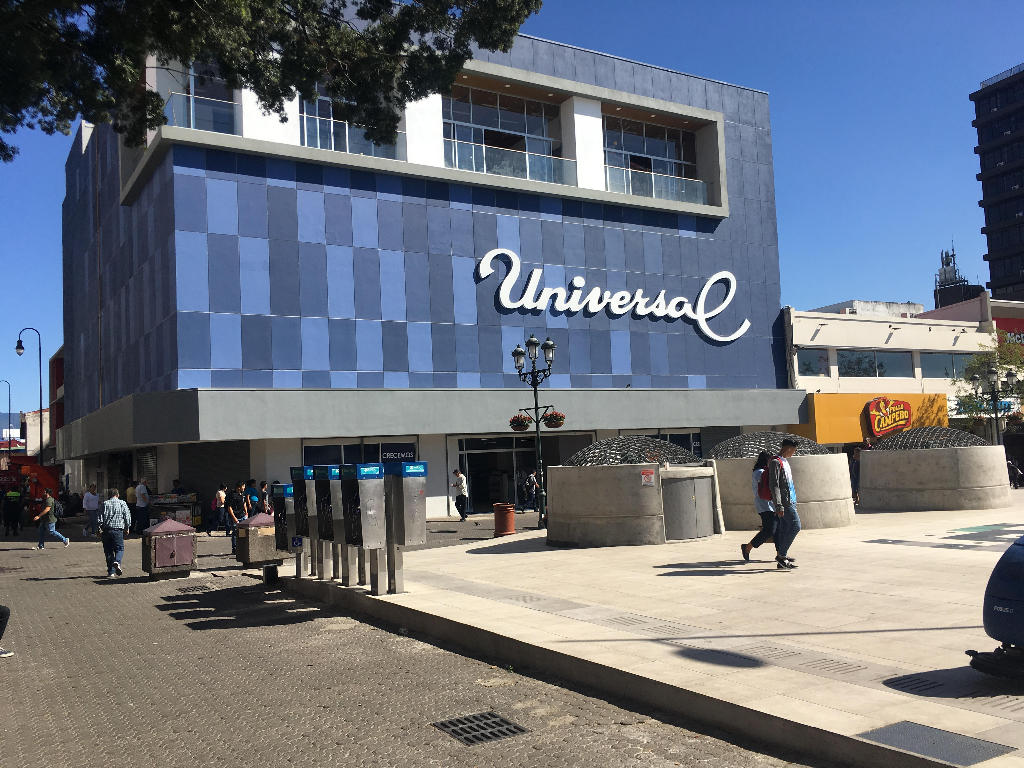 The Gran Hotel de Costa Rica is undergoing a retrofit. About time. Talking to the workers, the hotel is undergoing a total overhaul of its interior: the rooms and social areas, but will keep the “patrimonio” (heritage) parts of the hotel, whose famous guests include John F. Kennedy in March 1963. 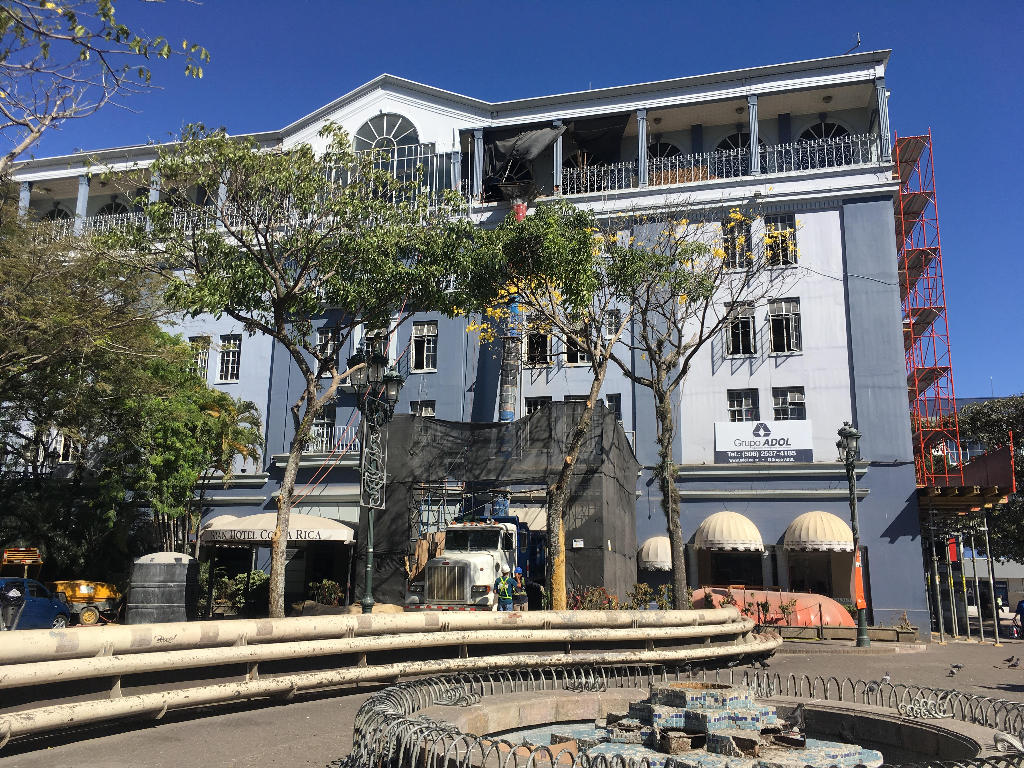 The Gran Hotel is a historic monument, built in 1930, located diagonal the Teatro Nacional (National Theatre). A number of guests I personally took and/or picked up to the hotel (through my VIP transport service) commented that they had made a bad choice, they had chosen the hotel for its downtown location, but the rooms (…).

The hotel should re-open within six to eight months. 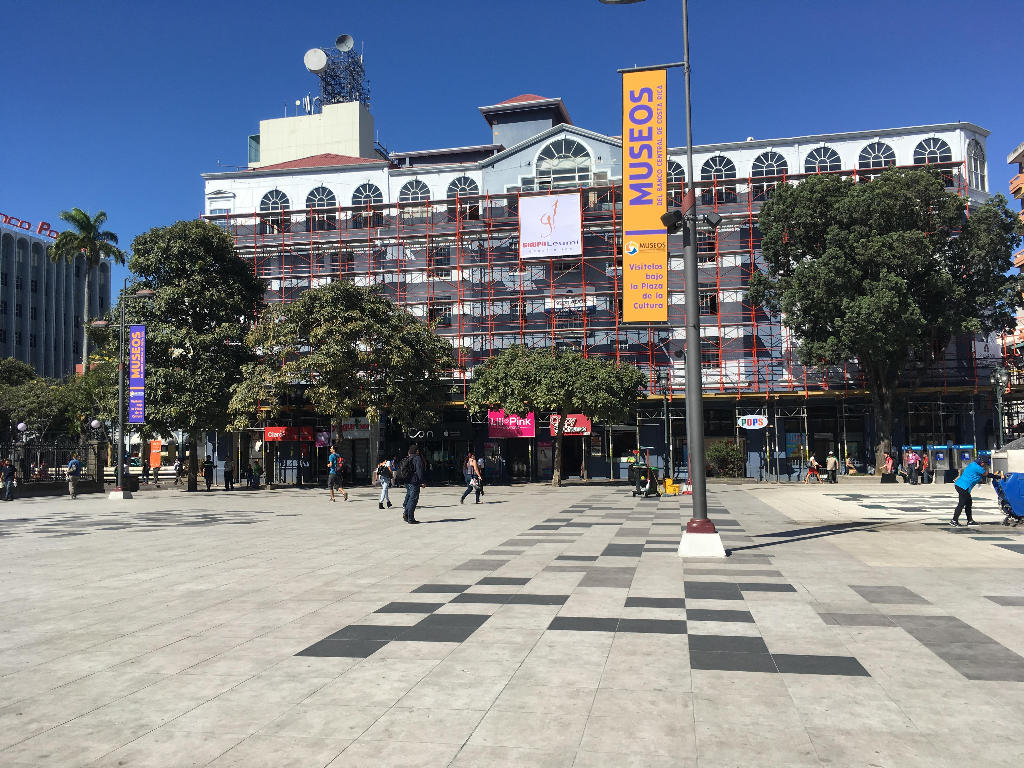 In the new Plaza de la Cultura gone is the ugly green steel ‘wall’. The payphones are still there, but the big tree providing shade for users is gone. The payphones are a product of a by-gone era. For anyone who has been or visited San Jose, the payphones bring back memories of a simpler time in the city. 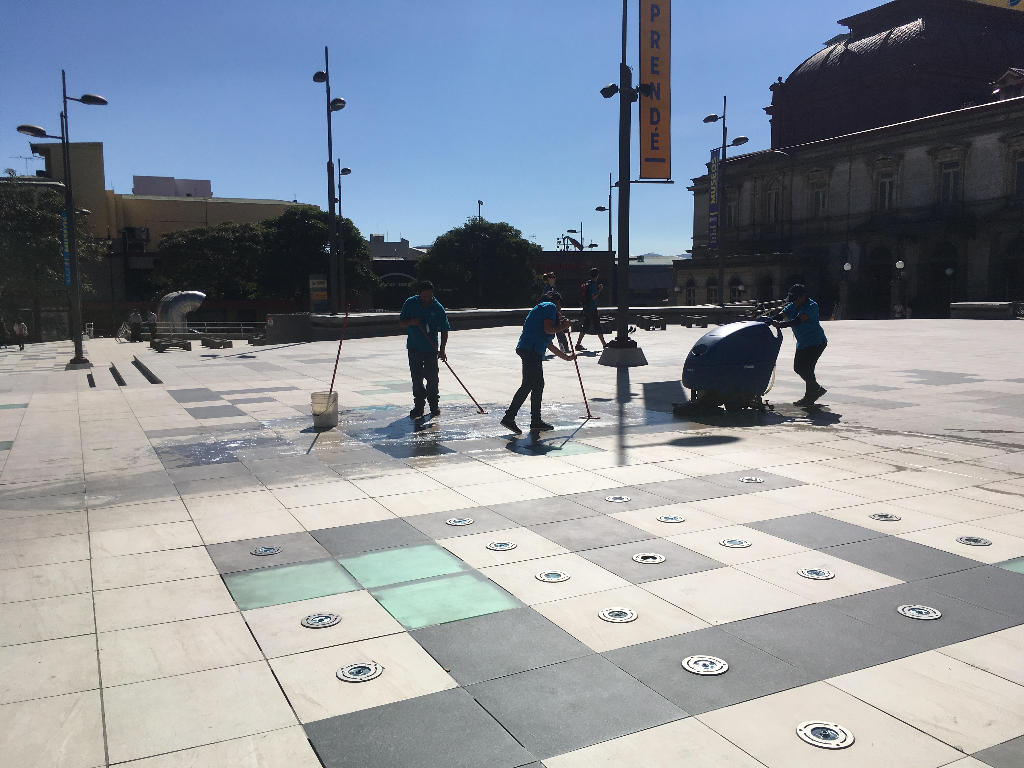 It was said, that if you stood by the payphones every day for month, you would run into everyone you knew in the country. I don’t know if that was true, but I did get to meet a lot of new and interesting people by these payphones. 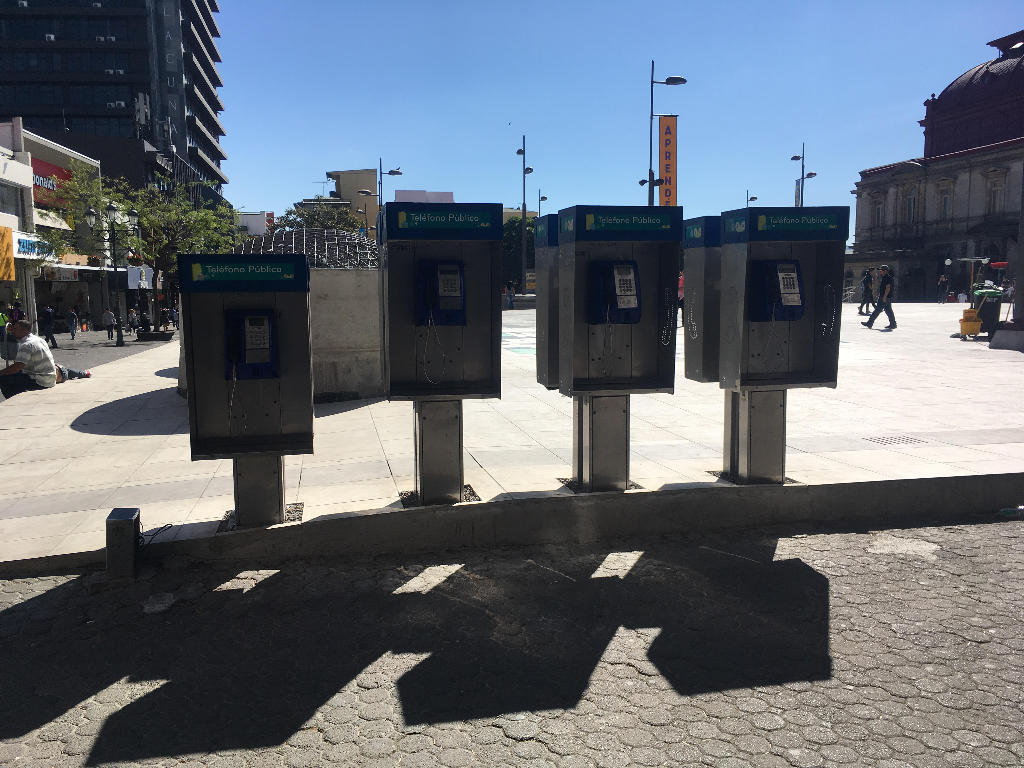 At the northeast corner of the Plaza de la Cultura, though renovated over the past two years, two buildings bring new esthetic life to the city centre.

A block down is the hotel Presidente and its mural, “Buscando al gato” by artist Sergio Guillén. The 400 square metre surface features a hidden cat, an invitation for passers-by to get out of the rut and play.

The work is an initiative of the San Jose Lab called “Tu ciudad, tu lienzo” (your city, your canvas) which summoned artists to put a new face on the hotel. 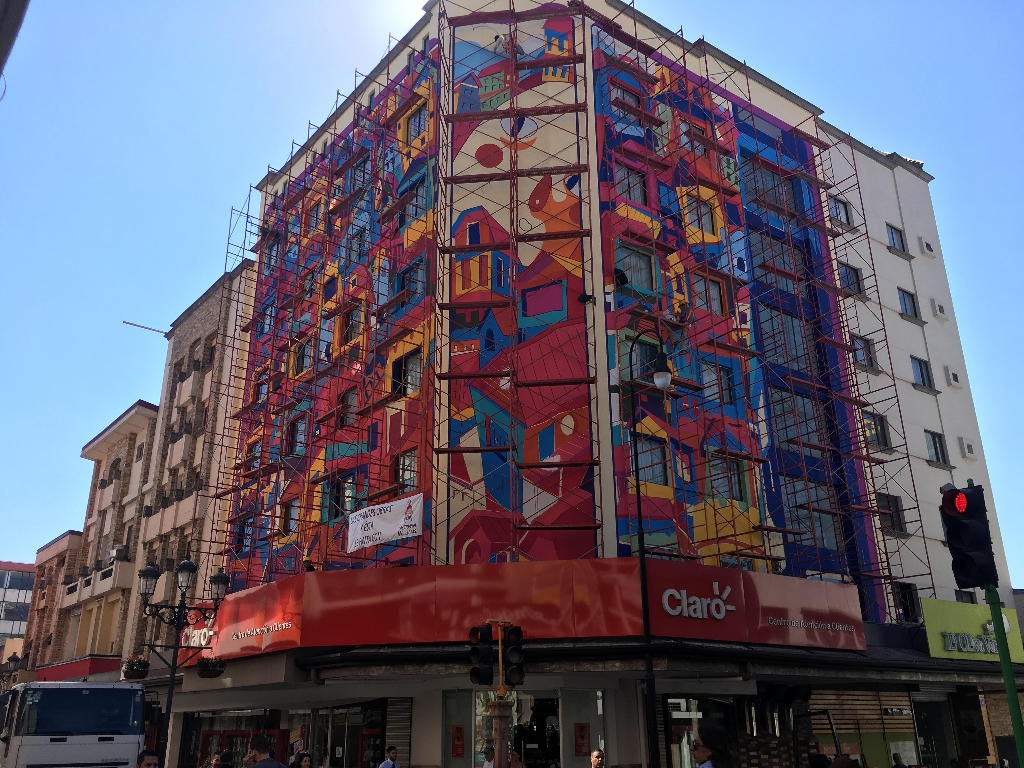 Other changes to the Presidente is the relocation of its main entrance, now located on the side street and no longer on the Avenida.  For me, the memories of the “News Cafe” (replaced by the Claro store some years ago) spring to mind every time I walk by the hotel. It was a great place to enjoy a great cup of coffee, a meal, meet up with friends or just watch the people walk by.

Also, the city of San Jose has undergone a program of repairs many of the downtown roads. But, before you ger all excited, the work in my opinion is just a facade, the municipality just putting a new layer of asphalt on an old base. In some cases, the road level is higher than the sidewalk. 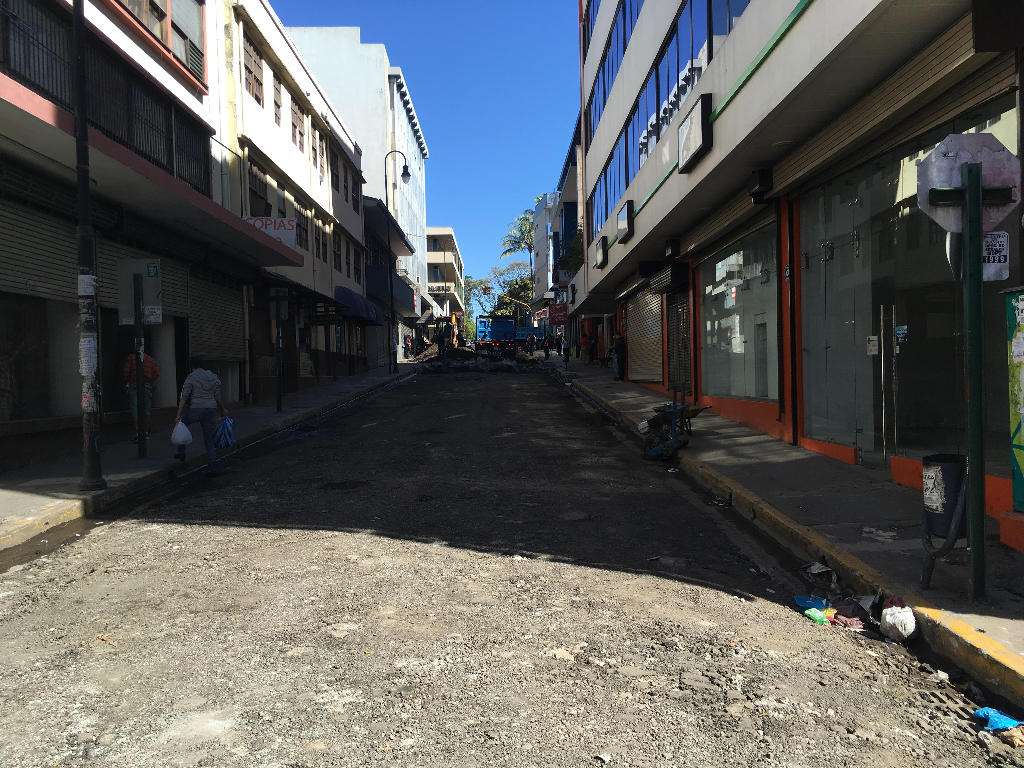 But, with all the new a tradition that remains is the clock fountain. The clock is an icon that could use a touch up, but glad to see it still there. 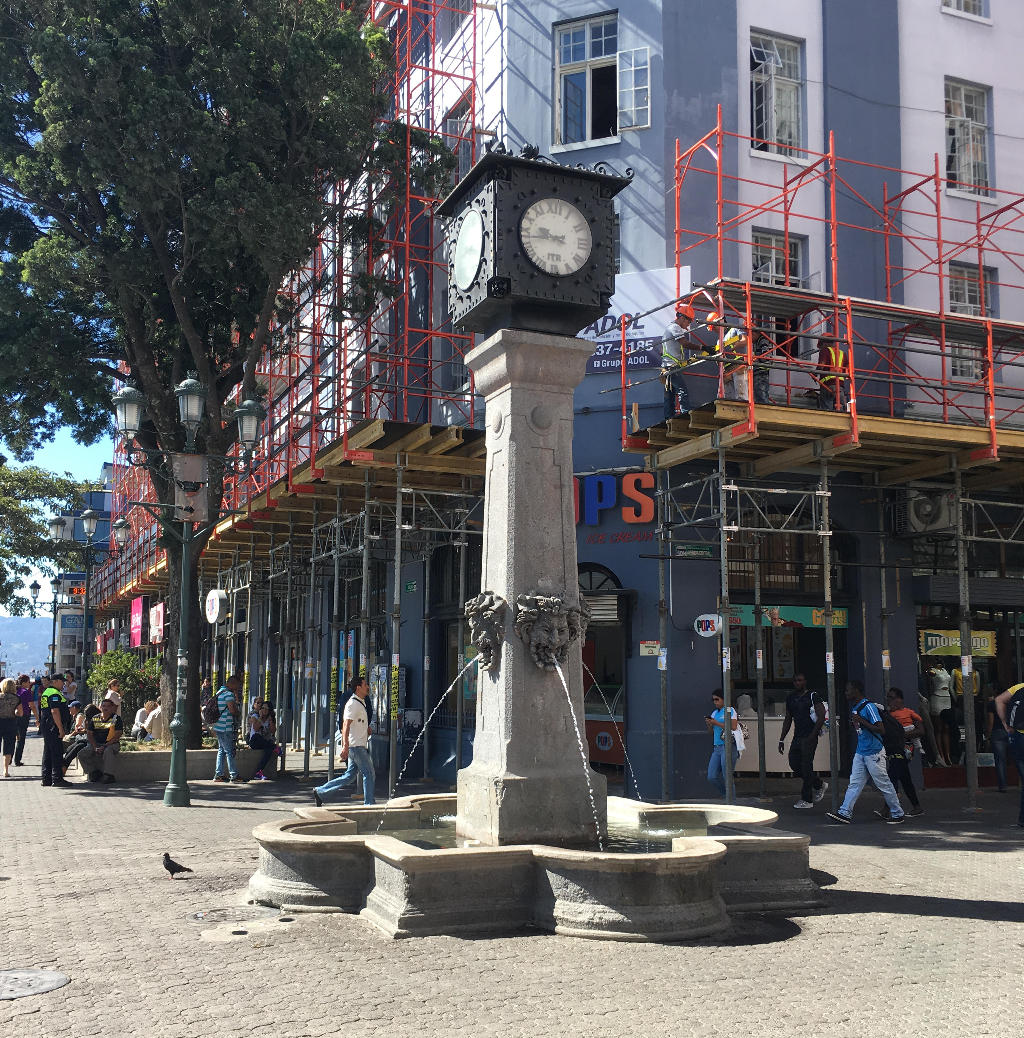 The changes to the downtown core left with a sense of renewal, maybe becoming a place to hang out once again.

Berlin is the place to be: the best parks, cinemas, concerts, and cultural life attract many students every year. COVID-19 has changed the situation...
Economic Recovery