The Cirque du Soleil Is Coming To Costa Rica 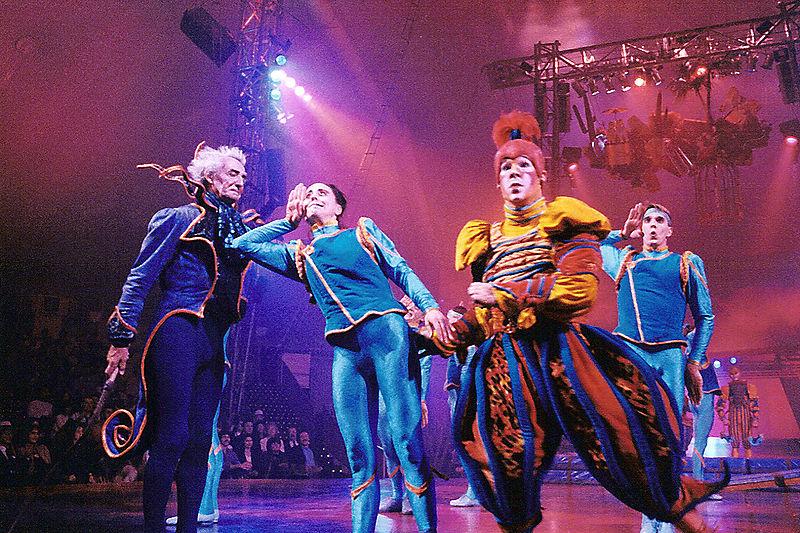 The famous Cirque du Soleil, self-described as a “dramatic mix of circus arts and street entertainment”, has posted Costa Rica as a destination on its website, though it does not yet specify a date.

The ticket information on the website, for now, tells of the ongoing performances in Lima (Peru), a date of March 21 for Bogota (Colombia) and “soon” for Costa Rica.   Visitors to the website can sign up to get notice of the pending show and pre-sales access by signing up.

In Costa Rica, the show is expected to be sponsored by Credomatic (BAC San José) and Mexico’s Ocesa, the same group that brought Lady Gaga to Ticolandia. Details of the presentation are expected before the end of the month, with a tentative show date being said for May.

Cirque du Soleil
Cirque du Soleil (English: Circus of the Sun / Spanish: Circo del Sol) is a Canadian entertainment company, based in Montreal, Quebec, Canada, and located in the inner-city area of Saint-Michel, it was founded in Baie-Saint-Paul in 1984 by two former street performers, Guy Laliberté and Gilles Ste-Croix.

Initially named Les Échassiers, they toured Quebec in 1980 as a performing troupe. Their initial financial hardship was relieved in 1983 by a government grant from the Canada Council for the Arts, as part of the 450th anniversary celebrations of Jacques Cartier’s voyage to Canada.

Le Grand Tour du Cirque du Soleil was a success in 1984, and after securing a second year of funding, Laliberté hired Guy Caron from the National Circus School to re-create it as a “proper circus”. Its theatrical, character-driven approach and the absence of performing animals helped define Cirque du Soleil as the contemporary circus (“nouveau cirque”) that it remains today.

Each show is a synthesis of circus styles from around the world, with its own central theme and storyline. Shows employ continuous live music, with performers rather than stagehands changing the props. After financial successes and failures in the late 1980s, Nouvelle Expérience was created – with the direction of Franco Dragone – which not only made Cirque du Soleil profitable by 1990, but allowed it to create new shows.

Cirque du Soleil expanded rapidly through the 1990s and 2000s, going from one show to 19 shows in over 271 cities on every continent except Antarctica. The shows employ approximately 4,000 people from over 40 countries and generate an estimated annual revenue exceeding US$810 million.

QCOSTARICA - The downward trend of new cases continues. With that the number of people in hospital, numbers not seen since July last year. This...
Business

QCOSTARICA - The elimination of the daytime sanitary vehicle restrictions in less than a week, given the drop in infections and hospitalizations due to...
Economy

QCOSTARICA - Costa Rica's banana growers reached an export record in 2020, despite the impact of the pandemic, shipping fruit in new markets and...
Trends

Recruitment is a prolonged process for any organization that consumes both effort and time. Even though almost 82 percent of the recruiters prefer a pre-assessment...
HQ

Q24n - Central American countries presented a plan on Monday in the face of a possible migratory wave of Haitians, Cubans, Asians and Africans...
Pura Vida

QCOSTARICA - Dona Rosa lost everything in her life and surrendered her will to the hands of others. Luck changed one day when she...
Health