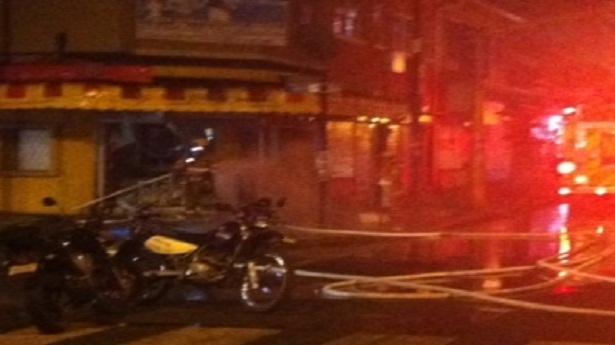 The fire department had to dispatch six units to bring the night blaze under control.

No injuries or fatalities were reported, though there is extensive damage to the building.

Only two weeks ago, a similar explosion occurred in Alajuela centre. In that indicent, four people lost their lives and two continue in hospital.

The handling of propage gas tanks, both by consumers and distributors and bottles alike has come under question. The Ministerio de Ambiente y Energia (MINAE) is being pressured to make changes to regulations to the use of the existing tanks and valves.

Although the exact cause of the San José incident is still under investigation, a poorly maintained gas tank was the cause of the Alajuela tragedy.

- Advertisement -
Paying the bills
Previous articleBorder Humour: Presidents of Nicaragua and Costa Rica Battle It Out!
Next articleThe Cirque du Soleil Is Coming To Costa Rica