The Cuestamoras Group – A Family Business 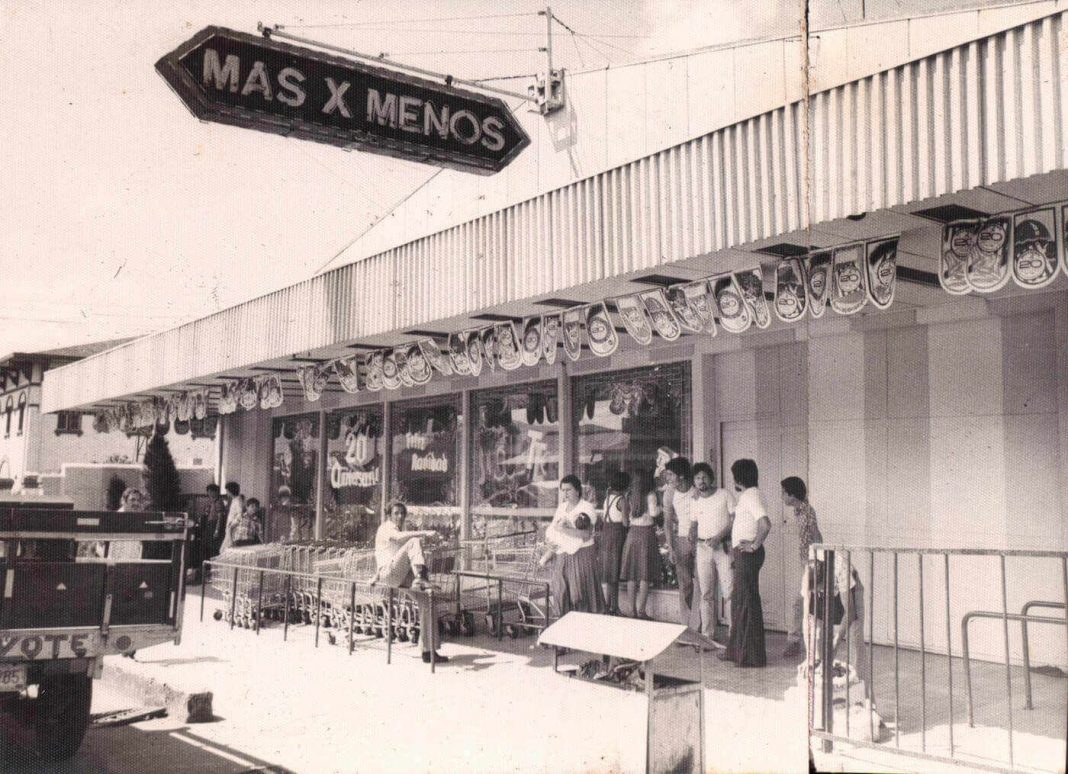 Costa Rica is known for its beautiful natural diversity, its active volcanos and, more recently, for its strong push towards renewable energy and sustainability. This small, dynamic Central American country is also home to an impressive array of entrepreneurs and family businesses.

The Cuestamoras Group is one of Costa Rica’s most prominent family businesses. Their story leaves no doubt as to why they made such a mark on the country’s history. Having been in business for more than a century, the Uribe family can count the founding and growing of one of Central America’s first supermarket chains, MasxMenos, as one of their greatest achievements.

Led by Enrique Uribe, his brother-in-law John Moretti and their friend Samuel Hidalgo, the supermarkets grew over many decades until the family, faced with international competition, decided to diversify into other activities. Now in its third and soon fourth generation, this family business boasts three different family branches descending from each one of the original founding partners, the Uribes, the Uribe-Morettis and the Hidalgos, all of whom are shareholders in what has evolved into the Cuestamoras Group, a multi-business conglomerate with activities in urban planning, hospitality, retail and renewable energy.

Though strong in numbers and affection in their family ties, for the first two generations, the Uribes adhered to the policy of keeping the family and the business separate. For a long time, most family members did not know much about the goings on in the business, and the third generation was taught not to think of the business as a provider for their future but rather as an inspiration to build their own careers. However, in 2009, the family decided that it was time to initiate the process of installing a family and corporate governance system.

Today, the family has a fully-functional Family Office in place. It also runs various committees and Cousins Consortiums to tie in the next generation.

The Beginnings – Rodrigo Uribe, President of Cuestamoras, Costa Rica, tells the story of how, in 1868, at the age of 13, his great-grandfather, Enrique Uribe, lost his parents and was sent from Spain to Costa Rica. Landed in this beautiful part of the world, he started to work and soon was able to open his own store. He married a girl from Spain and had several children, amongst them was my grandfather Luis.

It is with Luis that this family business story really begins.

From the very beginning, the Uribes were invested in retail. There were stores on both my grandfather and my grandmother’s sides of the family. Eventually, my grandfather Luis went into business with his father-in-law, starting a successful general store that imported all sorts of products, mainly from Europe.

Luis eventually inherited the store and sold a variety of goods ranging from liquor to building materials. My father, Enrique, was the youngest and rarely agreed with his father and his elder brother who naturally was considered the successor to the business. Running out of patience, my father announced one day that he was going out on his own. “I just need someone to finance me,” he said boldly.

My grandfather, to his credit, gave him a little money but made it very clear that this would come out of his inheritance. My father was so eager to get started that he didn’t care what the conditions were. He went after his dream: to open his own supermarket chain, like the ones he had seen in the US, right here in Costa Rica. At the time, this didn’t exist here as everything was unpacked and sold over the counter.

My father found an old garage in a busy part of town and without knowing much about it began a small supermarket. He later discovered that my grandfather had helped him out behind the scenes by getting him credit approvals from suppliers. My father was unstoppable.

From the very beginning, he thought of setting up, not just one store, but a whole chain of supermarkets. This is how “MaxMenos” (More for Less), one of the most important supermarket chains in Central America, was born.

My father soon was joined by his brother-in-law, John Moretti, and his father’s finance person, Samuel Hidalgo. These men were there from the beginning, which is why today we have three main family branches, the Uribes, the Morettis and the Hidalgos.

My father was a great leader and, in spite of nationalized banks and scarce financing sources, the supermarkets prospered. Forced to running the business with no bank financing, we were able to prosper and grow by keeping very tight controls. We gained a reputation for being resilient in tough times and expanded from regular supermarkets into discount stores and hypermarkets. We also went deep into the perishables supply chain to buy directly from farmers and set up integrated poultry and egg production. Likewise, meat processing and centralized packing was part of our value chain.

Even when we created the Corporación de Supermercados Unidos (CSU) – a holding company held by the Uribe family until sold to Walmart – for three separate store formats, we remained low profile as a business family.

We grew to a point where we realized that we were too small to face international rivals and too big to compete as a niche player. With this in mind, we partnered with Royal Ahold first, then with Walmart who was interested in coming to the region. We could have fought them, but we realized it would have been an expensive fight.

In time, we decided to trade in our ownership of Central America to create a single company with Walmart in Mexico. This gave us shares in Walmart of Mexico which is traded publicly on the Mexican stock exchange.

Starting in 2005, we gradually sold shares through the market and most of our net worth became financial assets handled by different banks. And that is how we exited the supermarket business and began our path towards becoming the company we are today.

The birth of Cuestamoras – In 2008, encouraged by past success, we agreed to stay together for the next 100 years, a transcendental decision for both the family and the business. We then proceeded to sign a new shareholder agreement that marked the beginning of the company that you see today.

At first, we experimented with different business models, trying out real estate and private equity where we invested in some smaller companies. We soon realized that operating businesses is in our DNA, not as passive investors. We spent a lot of time on the new strategy and planning how to become a multi-business operator under a lean corporate office

This is how Cuestamoras was born, and we are now already active in three key areas. First is sustainable urban planning. The second is health and wellness space, beginning with pharmacies and pharmaceutical distribution. Third area is energy, trading energy contracts and renewable energy generation. We already had some investments in wind farms, and have now invested in a hydro-electric plant with a European partner.

We are expanding across Central America and starting to look at Mexico, which is the next big market in energy. Finally, we have some hotels in our legacy portfolio and some land dedicated to conservation (50% is tropical forest).

Structuring the family business – It all sounds smooth, but of course, it wasn’t. We have faced more than our share of typical family business issues. My father was the typical patriarch. When he died suddenly at the age of 64, we were left in great shock and rather rudderless. I was already taking over, but the loss was enormous for the whole company. My father had a very particular way of doing things; he had a lot of personality, a powerful will and a great ability to go into very small details. He would not tolerate dishonesty or negligence. We didn’t close the supermarkets on the day he died. He wouldn’t have liked us to.

My brother Carlos and I have different personalities. I inherited a role closer to my father’s, pushing the business forward. My brother is more conservative, so together we balance things out.

Starting the governance process was important. Although there is a charm to making decisions without taking everybody’s opinions into account, we knew that it wasn’t a sustainable solution. In the past decisions were made by the heads of the three families in a closed room who then went back to their own branch to communicate the conclusions. So when we decided to implement more structure, we knew we had to change the way we handled things with the family first.

We started sharing more information with the family and began holding periodic meetings for all shareholders. Typically, when you make a business decision, you just execute it. With a family business, it is more sensitive. You can’t just command how people feel. You have to convince, inspire and motivate.

I knew that once we opened the floodgates and shared information, there would be no stopping this. The process has been rewarding but also incredibly time consuming. We have to be clear about the right time and place to discuss things and make sure that the right channels are used for the right topics.

We have borrowed a lot of the structures from public companies. We have a Family Office that regulates all questions for the family and a separate Investment Relations Office for shareholder questions.

The Future – My future concerns center around the family and their wellbeing. Having all these structures in place will safeguard us from making the usual family business mistakes. Hopefully, we can keep the family united under the common goal of keeping the company going.

We want to see the next generation flourish in their own businesses. We want successful shareholders because they reinforce the business and ease the pressure of it being the sole income for anyone. In the short-term, it’s great to have money helping the family. However, in the long-term, it’s the family’s healthy outlook that keeps the business alive.

Following the sale of CSU in 2008, the Uribe family invested in businesses operated by others, such as the Marriott Los Sueños (Herradura), Marriott Belén (Heredia) and the Bogotá Beer Company.

In 2015, the family redefined their strategy, moved from being just investors to operators of the businesses they invested in. Under this vision, the family’s most notable purchases included CEFA Fischel (2015), Farmacias La Bomba ((2017) and began the process of developing two mixed-use major real estate projects, Oxigeno and Santa Verde, both located in Heredia, and in 2018 became a majority shareholder of the Costa Rican start-up Go Pato.

Read more on the Cuestamoras by Tharawat Magazine that met six Uribe family members who told four different stories about one family business.

- Advertisement -
Paying the bills
Previous articleCosta Rica Government Seeks To Revive Credit But Faces A Pessimistic Consumer
Next articleGone, But Remembered? Companies And Brands That Have Disappeared.

With the objective of protecting the health of customers and employees,...
Read more

The market of fine or "gourmet" coffee is the one that...
Read more