The End of the BlackBerry, the End of an Era 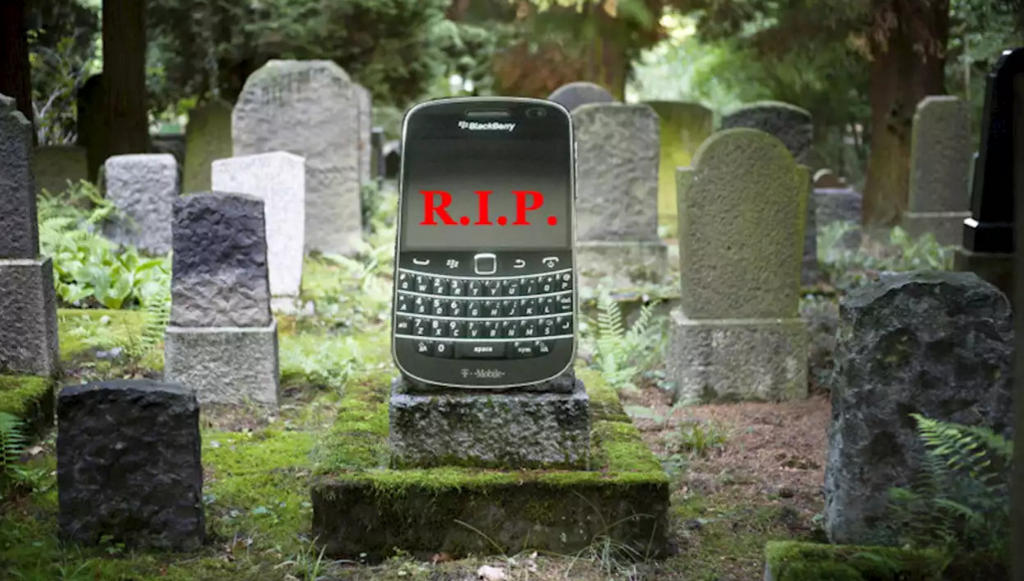 On December 22, 2021, Blackberry limited, the Canadian software company specializing in cybersecurity originally known as Research In Motion (RIM), announced that as of January 4, 2022, that it will no longer support its BlackBerry 7.1 OS and earlier OS, BlackBerry 10 software, or BlackBerry PlayBook OS 2.1 and earlier versions, cutting off data, phone calls, SMS, and 9-1-1 functionality.

BlackBerry was founded in 1984 by two Canadian engineering students, Mike Lazaridis and Douglas Fregin. On the 4th of January 2022, BlackBerry decommissioned their infrastructure and operating system used by their phones.

This is quite a change for a company that defined the era of the Personal Data Assistant (PDA) and the smartphone.

There was a period when no self-respecting Wall Streeter or politician would be caught dead without his or her BlackBerry. By 2010, largely due to its enhanced security features and QWERTY keyboard, BlackBerry had 50 percent of the U.S. smartphone market and 20 percent of the global market.

The company was selling more than 50 million devices per year, but a spoiler was waiting in the wings, called the iPhone, and by 2011, it had toppled BlackBerry from the top spot. In 2016, BlackBerry announced that it would no longer manufacture its iconic devices.

While Apple and Google made smartphones accessible to end-users, providing them with increased screen real estate, user-friendly interfaces, and multiple apps, BlackBerry continued to focus on its enterprise customers. When those enterprise customers allowed their employees to use their own devices at work, BlackBerries started disappearing, being replaced by Android devices and iPhones.

But BlackBerry phones remained popular. One reason was that the iPhone was more expensive than the BlackBerry, it was also exclusive to AT&T (until 2011), forcing US customers to switch providers. At the same time, many people were reluctant to give up their keyboards.

BlackBerry’s next misstep was not making its apps available on other platforms. The company’s most popular app, BlackBerry Messenger (BBM), would only run on BlackBerry devices, which eventually allowed third-party messaging apps such as WhatsApp, which was released in 2009, to rise.

Missteps continued in 2008 with the introduction of the company’s first touchscreen device, the BlackBerry Storm. While BlackBerry knew the device had problems.

Though the “Blackberry” phone is no longer a phone, the Blackberry company, on its website says it continues to provide intelligent security software and services to enterprises and governments around the world.

- Advertisement -
Paying the bills
Previous articleDespite a 167% increase in infections, hospitalizations and deaths from covid remain stable
Next articleCellular Internet in Costa Rica is the third cheapest in the world

The brother of Colombian drug kingpin Pablo Escobar has launched a...
Read more

Feeling Ignored For Being On Your Cell Phone? You Are Not Alone.

The cellular phone has become an essential part of life. So...
Read more

QCOSTARICA - Governments around the world are already implementing...
Politics