The Escopetarra: Fusion Of Rifle and Guitar 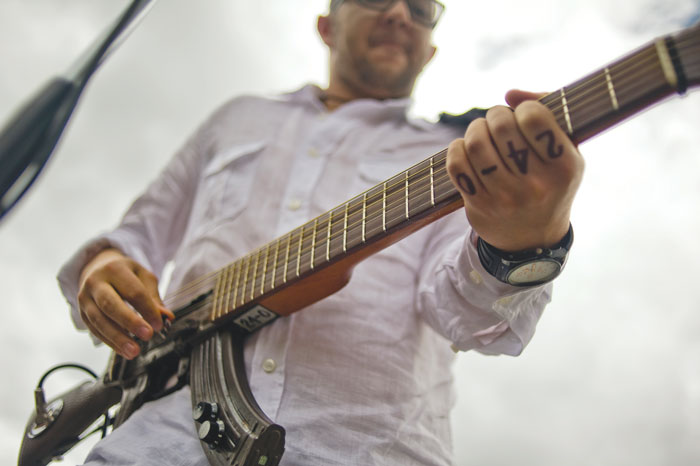 Used as a symbol of peace, an escopetarra is a guitar made from a modified gun. The name is a portmanteau of the Spanish words escopeta (shotgun) and guitarra (guitar), though all escopetarras to date have been fashioned out of rifles rather than shotguns.

César López plays an Escopetarra at Bolívar Square in Bogotá

Colombian peace activist César López in 2003, at a gathering after the El Nogal Club bombing in Bogotá, got the idea for the Escopetarra when he noticed a soldier holding a gun like a guitar. The first escopetarra in 2003 was made from a Winchester rifle and a Stratocaster electric guitar.

López initially had five escopetarras built by Colombian luthier Alberto Paredes, four of which were given to Colombian musician Juanes, Argentine musician Fito Páez, the United Nations Development Program, and the city government of Bogotá, while one was kept for himself. Juanes later sold his escopetarra for US$17,000 at a Beverly Hills fundraiser held to benefit victims of anti-personnel mines, while the escopetarra given to the UN was exhibited at the June 2006 of the UN Conference on Disarmament.

In 2006, López acquired an additional 12 decommissioned AK-47 assault rifles from Colombia’s peace commissioner’s office, with plans to convert them into guitars and give them to high-profile musicians such as Shakira, Carlos Santana, and Paul McCartney, as well as political figures such as the Dalai Lama. However, a member of the Dalai Lama’s staff rejected López’s offer, citing the inappropriateness of giving a weapon as a gift; López has said he will try to explain his purpose more clearly.

One was also given to Kenyan singer Eric Wainaina on the occasion of the UNODC’s 2008 International Day against Drug Abuse and Illicit Trafficking, to honour his appointment as a UNODC Messenger of Non-Violence. 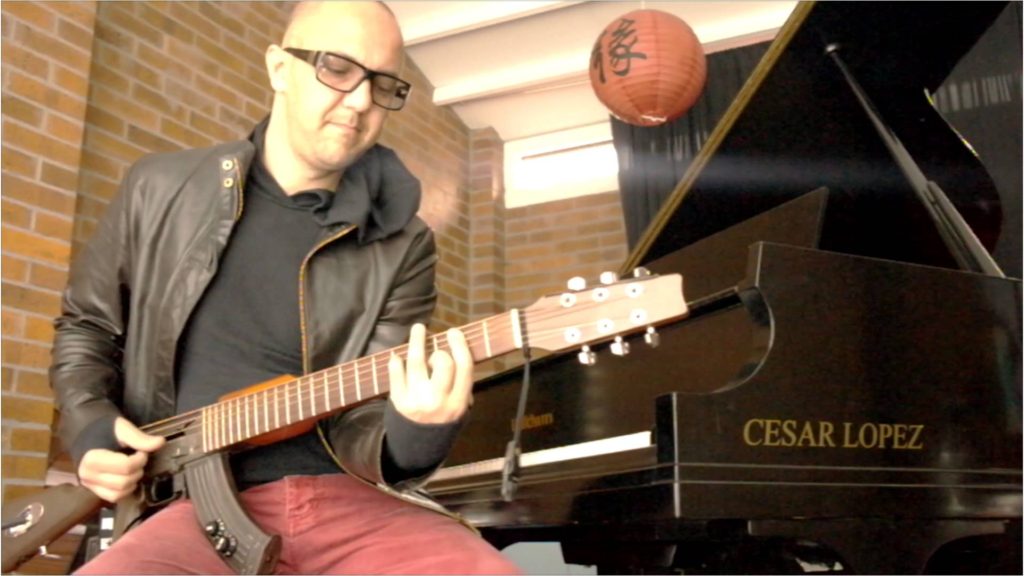 Cesar López creator of the Escopetarra

An escopetarra was presented by César López on 23 September 2012 to the President of Guatemala General Otto Peréz Molina at the Estadio Mateo Flores in an event called “Jóvenes por la Paz.” The event gathered 20,000 people advocating for peace in Guatemala. After the presentation of the escopetarra, the President of Guatemala gave the order to destroy thousands of weapons that had been confiscated. The message of the event was “Dale a la Música y No a la Violencia” (make music and not violence).

QCOSTARICA - With the intention of protecting minors, a...
Coronavirus