The “Gringoization” Of Costa Rica Spanish 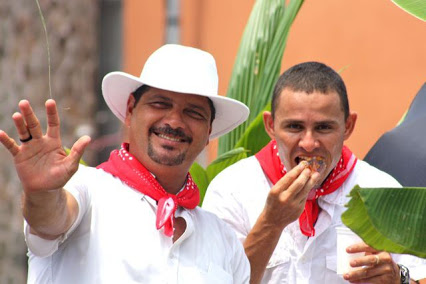 QCOSTARICA – The “Spanish of Costa Rica” is the form of the Spanish language spoken in Costa Rica. Despite its small territorial size, each province of Costa Rica has distinctive features in their speech, accent and phonetics.

The province of Guanacaste (north) has a lot of influence from neighboring Nicaragua, Central Valley (Cartago, San José, Alajuela and Heredia) maintain a common line, but still the sayings, expressions and phonetics vary from province to province and change with education and social class of the speaker.

Are Costa Ricans becoming a monolingual gringoized people? Costa Rica was never an American colony. But in recent years American has creeped into the Spanish of Costa Rica. We like to call it the “Agringamiento” (Gringoization) of Costa Rica Spanish.

(BNamericas) - In order to strengthen the well-being of the population and the sustainable development of the country, Costa Rica has been incorporated a...
Costarica History

QCOSTARICA - This year Costa Rica celebrates 200 years of independent life. And the road to commemorate the 200th has begun with the launch...
Banking

QCOSTARICA - Loans in dollars, which had a great boom in 2000, began to slow down since 2016 and today, despite the fact that...
The Americas

Q REPORTS - U.S. President Joe Biden is expected to outline his vision of Washington's Latin America policy at the next Summit of the...
Coronavirus

Japan is beefing up measures against loneliness, taking a first major step toward comprehensively tackling a pervasive problem in the nation that has again...
Vaccine

QCOSTARICA - A new batch of vaccines of 92,430 doses, and the largest received since December against covid-19, arrived Tuesday, as part of the...
Pura Vida

QCOSTARICA - The quijongo is now in very good health thanks to the care of the people of Guanacaste, who are dedicated to protecting...
El Salvador