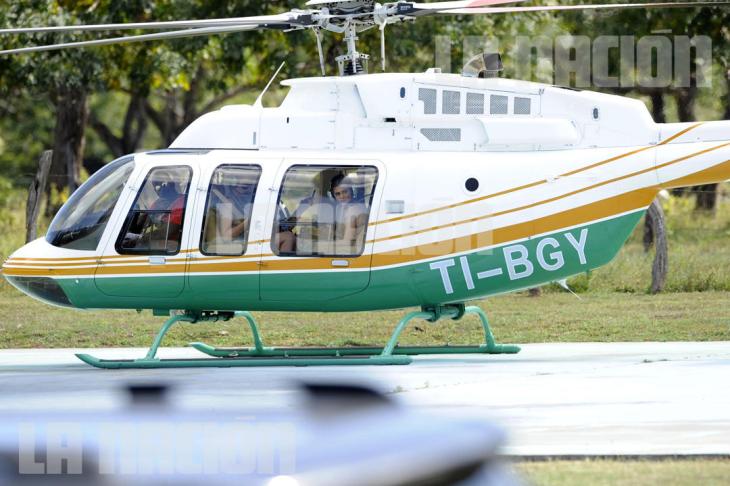 COSTA RICA EXTRA – How do the rich and famous take in Costa Rica? La Nacion gives us an ‘exclusive’ glimpse on how the Kardashian clan do Costa Rica.

First off, the Kardashian-Jenner sisters and family don’t move about the country as you an I, they take helicopters. Three in fact.

A team from La Nacion managed to capture photos and videos of the celebrities as the board the helicopter on Saturday afternoon in Papagayo Bay.

The Kardashian clan arrived at the Liberia, Guanacaste airport (LIR) on Thursday, arriving in a private airplane and whisked (by car) to the Papagayo.

The clan is here in on vacation, but also to film an episode of Keeping Up With The Kardashians.

What is notable is that Kardashians travel about with relatively little security. According to area residents, who spoke to the La Nacion in anonymity, the famous visitors made several (helicopter) trips around the area on Friday and Saturday.

They say Scott Disick is the only who preferred to walk, with bodyguards, between the homes the clan are renting.

- Advertisement -
Paying the bills
Previous articleCosta Rica Among The 12 Best Countries for Americans Who Want to, Y’Know… Live Abroad All of a Sudden
Next articleIranian National Resident In The UK Stranded in Costa Rica