(QCOSTARICA) Spanish is one of the fastest growing languages in the world. This was revealed by the Instituto Cervantes in its latest report.

Defining how many languages are spoken around the world is almost impossible, because there are dialects and languages not classified. However, Spanish is one of the most spoken language by far, says the Cervantes report.

According to the report, 24 countries have Spanish as an official language. In addition, 12 other states recognize the language with the status of co-official and the language is spoken in large communities in 30 other countries, including Japan, Brazil, Switzerland and Israel.

Spanish is so popular, according to the report, that it is the second most spoken language in the world.

Currently, topping the list is Mexico with 121 million, followed by Colombia, Spain and Argentina, each with over 40 million people. 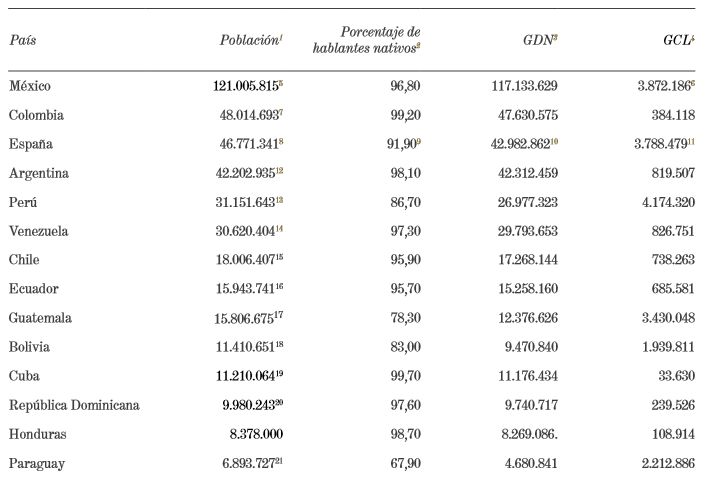 Making matters worse, Spanish is now the second language of Wikipedia by the number of visits. Only English precedes Spanish visits of the virtual encyclopedia that is available in over 280 langauges.

(In Spanish of course)

Around the social media, popular sites led by the likes of Buzzfeed is also in Spanish, a trend occurring in the past year.

In conclusion, the report says, that writing in Spanish is trendy and increasing the power of the language.

- Advertisement -
Paying the bills
Previous articleDonald Trump, You’re Fired! But…
Next articleNicaragua Says It Will Pariticipate in Miss Universe