The Most Dangerous Roads In Costa Rica

(TICO BULL) A Youtube video by The Talko  listing the 10 most dangerous roads in the world inspired me to make a list of my own, a list of roads in Costa Rica that although may not be considered among the most dangerous outside Costa Rica, they certainly are locally.

Following is a list of the top 5 roads I consider the most dangerous, either because of its design (or lack of it mostly), bad driving habits on these roads – I would even go as far to say there are no bad drivers in Costa Rica, just bad roads. Ok, maybe I am stretching that a bit, or  a lot, but anyone who has driven on these roads knows perfectly what I am talking about.

And though some of these roads are called an “autopista” (highway in Spanish) – other “Rutas” (Routes), in Costa Rica they are considered a highway. A stretch of any imagination. At best they are a road. And even then…

This road (cannot call it a highway) that starts in La Sabana, became six lanes (from four) from Pablo II bridge to the airport by eliminating the shoulders and making the lanes narrower. And it still has two four lane bridges, one of them, the infamous “platina”.

Traffic on the General Cañas east from the San Jose airport on an easy day.

What was supposed to be the “best” road in the country is, in my opinion, is bad and dangerous. Transport authorities want us to believe otherwise, perhaps it is for Ticos that have never driven outside of Costa Rica. With years behind schedule, is the best of the best?  I drove it before it became official and then after. I say, it is the worst. 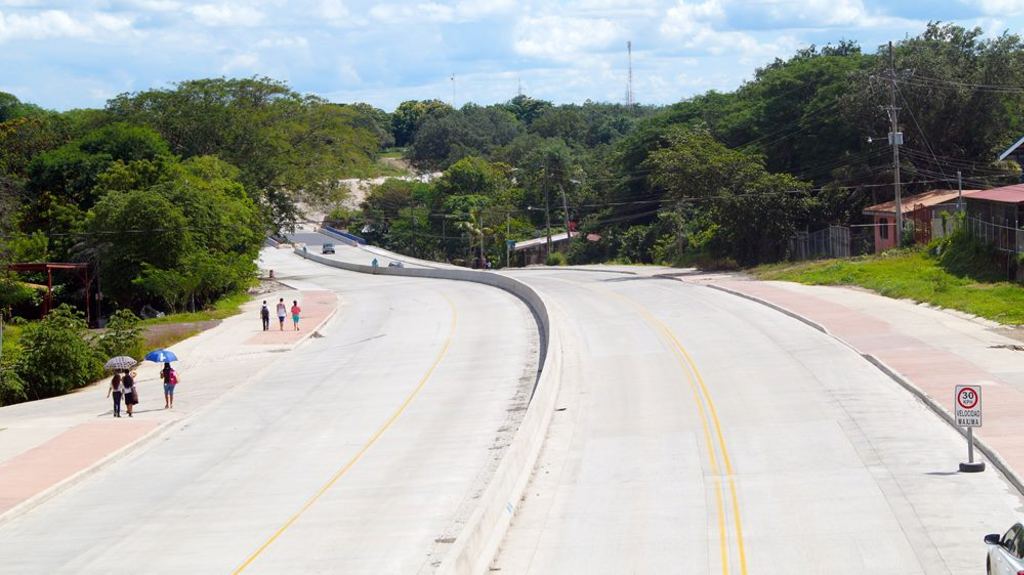 The new Cañas – Liberia road. A marvel of Tico engineering.

The Bernardo Soto is the road that runs from the airport to San Ramon. It includes what can be called the worst intersection in the country, the turn off to Alajuela immediately east of the airport. To the east, just before Coyol you have a concrete post in the middle of a four lane road on both sides, that narrow to two and a half. The railway overpass was never refurbished with the reconstruction of the road. It doesn’t get any better from there. 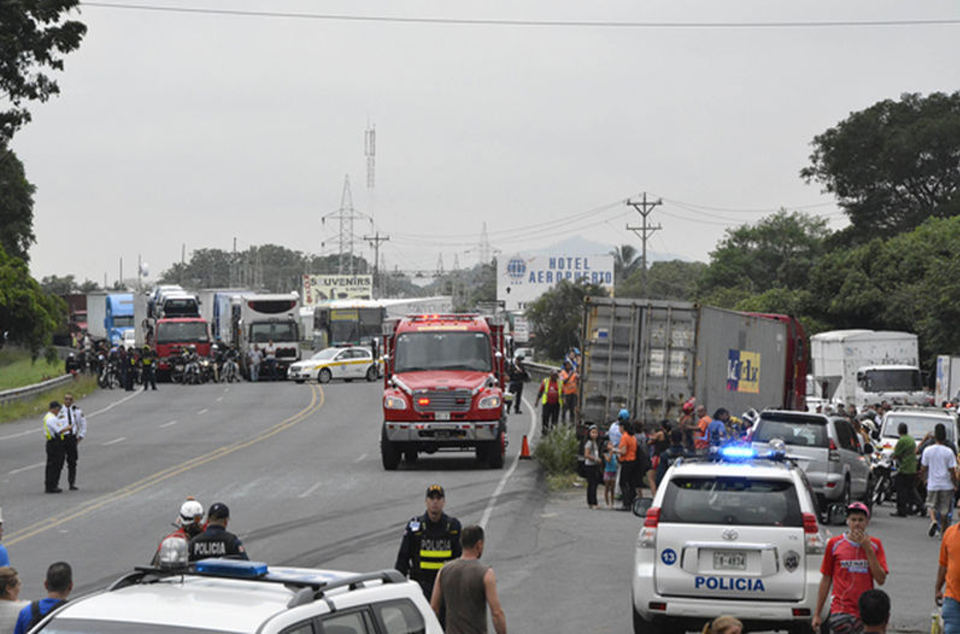 Scenes like this are common on the Bernardo Soto

I remember driving this road before it was open to the public, from Santa Ana to past Atenas, half way to Orotina. It was a marvel. This was January 2010. By June 2010, when the road was officially opened, it became the “death road”, fatal accidents almost every other day. Today, six years later, the only thing reducing the carnage on this road is the constant congestion. One of my best drives was following a police escort, from Santa Ana, on the way to the opening ceremony in Orotina. 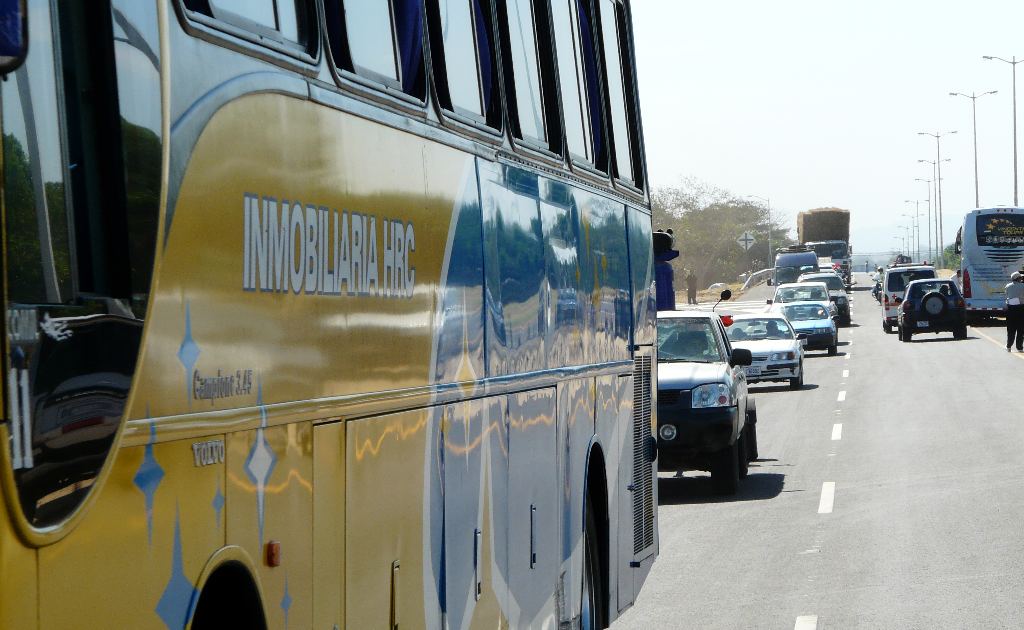 From its first days of opening to the public it was evident the toll road would not be able to handle the volume of traffic.

This is a road you don’t drive at night. Or in the rain. Even in good weather you are taking your changes. The worst could be said is through the Braulio Carillo national park, as it winds through the mountains, the Zurqui tunnel, etc. But don’t forget the straight stretches between Guapiles and Limon, as speeding vehicles dodge pedestrians crossing the road, stopped buses without a bus bay and vehicles turning left and right. This road is the main road between the port city of Limon, the major port and San Jose and the rest of the country. Truck traffic on this road is at maximum. 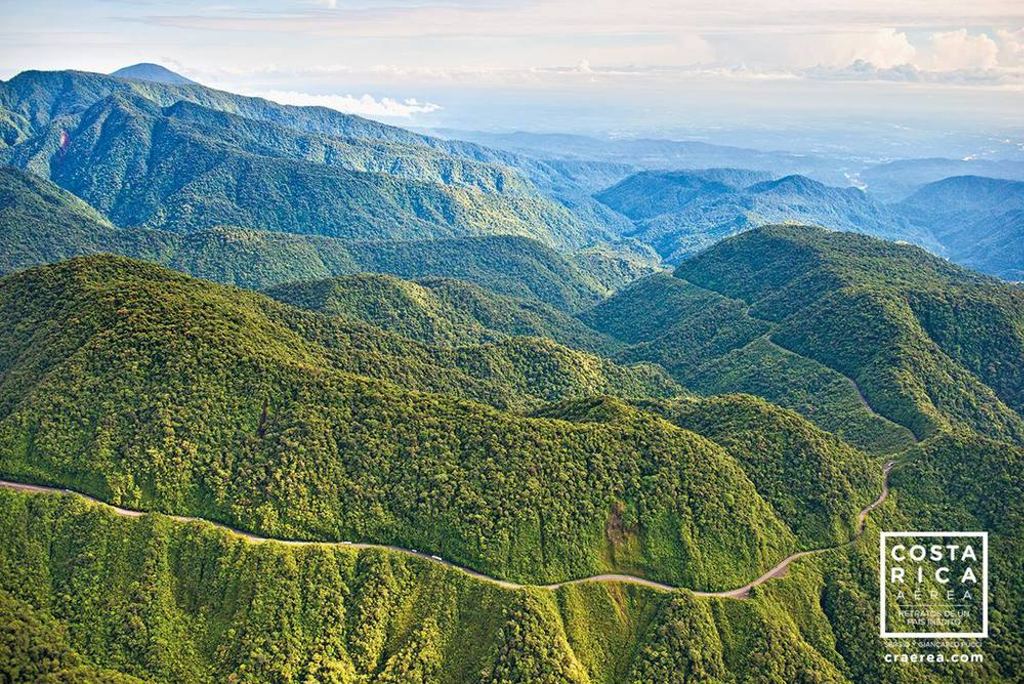 The Ruta 32 as wit winds through the Braulio Carrillo national park.

I have logged in many kilometres on each of these roads. I have been fortunate never to have had any serious incident, but there have been too many times when I came close, like the time driving, at night on the Ruta 27, back to San Jose, when ahead of me is a truck without any lights. None at all.

Sign our petition for the foreigner’s driver’s license exemption

QCOSTARICA - In several days, foreigners (tourists) who have been in...
Read more

QCOSTARICA - After a year of no work, engineers, technicians, producers, cleaners, food and beverage personnel, among others, held a peaceful march this Thursday...
Greater Metropolitan Area

QCOSTARICA - The images filled the morning news television screen, for no apparent reason, the driver of a big rig begins to beat with...
Heredia

QCOSTARICA - Despite losing their home entirely in December, a Heredia received electricity bills from the Heredia Public Service Company (ESPH) for January and...
Politics

UPDATED: The DGME confirmed that anyone entering the country on or after December 17, 2019, will be allowed to legally stay until June 1st,...
Fashion & Beauty

Q MAGAZINE - Miss Costa Rica 2020, Ivonne Cerdas, will soon be traveling to Florida to represent the country in the Miss Universe pageant. After...
HQ