‘The New York Times’: Doctor who denounced Oscar Arias says to have been inspired by the #MeToo Movement

“It’s the right thing to do, even if it destroys me.” 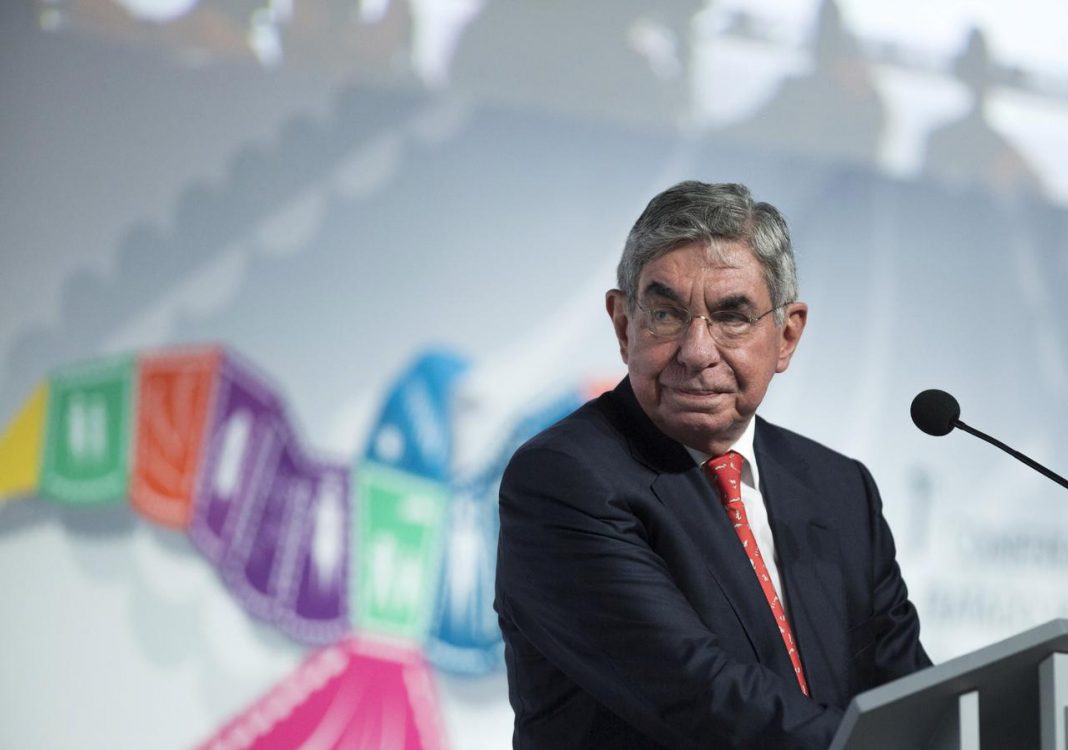 The doctor and nuclear disarmament activist accusing former Costa Rica President and Nobel Laureate, Oscar Arias, told the New York Times (NYT) she was inspired by the #metoo movement over sexual misconduct and that she was coming forward to protect other young women.

The woman, identified by the NYT as Alexandra Arce von Herold, who is not seeking monetary damages, alleges that Arias sexually assaulting her four years ago, in December 2014. 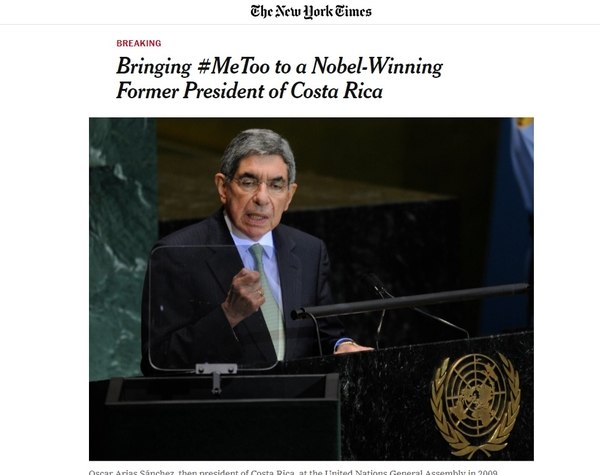 On Monday, Arce filed a ‘denuncia’ (criminal complaint) against the two-time president and 1987 Nobel Peace Prize winner. In the copy of the 10-page complaint she provided to the NYT,  Arce says she was at Arias’ home when he came up behind her, touched her breasts and shoved his hands up her skirt, penetrating her with his fingers.

Arias, through his lawyer, Rodolfo Brenes, said he categorically denies the accusations made against him. “I have never acted in a way that disrespected the will of any woman,” said the statement by the lawyer.

Arce told the NYT she regretted not having fought back that afternoon when Arias allegedly grabbed her. Arce had met Arias through her mother, a former legislator for the Partido Liberacion Nacional (PLN).

“I just froze, and I didn’t know what to do,” she said in an interview with the NYT. “I was so much in shock. That had never happened to me before.”

Arce said she did not go public earlier because, before the #metoo movement, the notion of making such a serious allegation against someone so powerful seemed unimaginable. She said that seeing women accuse powerful men like Harvey Weinstein and Bill Cosby of sexual harassment and sexual assault was inspiring.

But it was watching the young gymnasts testify one after the other about sexual assault by a United States Olympic team doctor, Larry Nassar, condemned in the United States for sex crimes against gymnasts, between 2017 and 2018, that clinched her decision to come forward.

“All the other women, that did, that helped me. So I thought maybe, maybe, I can help other people too,” Arce told the NYT.

The New York Times said Arce provided the newspaper a copy of the 10-page complaint she filed with the Fiscalía de Género del Ministerio Público.

The allegation against Arias is the highest-profile in Central America to date, that could deliver a serious blow to the legacy of the most powerful figure in Costa Rica.

- Advertisement -
Paying the bills
Previous articleDoctor Accuses Oscar Arias Of Rape
Next articleHead of the PLN caucus on Oscar Arias case: “Legislators Must Be Respectful”

If improving your audience reach for better sales and...
Economic Recovery