The “Platina” That Gridlocks The Capital City 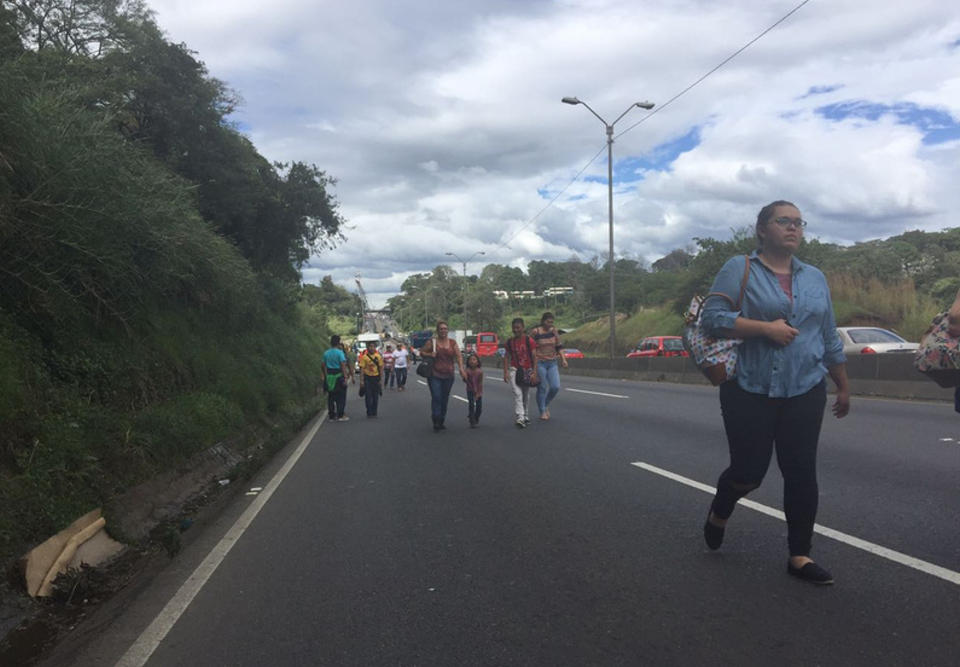 Did the Romeria, the pilgrimage to Cartago, come early? That’s what it seemed like on Wednesday as hundreds walked the hot pavement of the autopista General Cañas, in the area of the Virilla bridge better known as the “platina” to get to their destination.

Walking on the empty road with bags, one man on crutches, mothers holding on to their children, was the only way to beat the tremendous traffic chaos resulting from the closure of both lanes of the San Jose bound portion of the bridge. 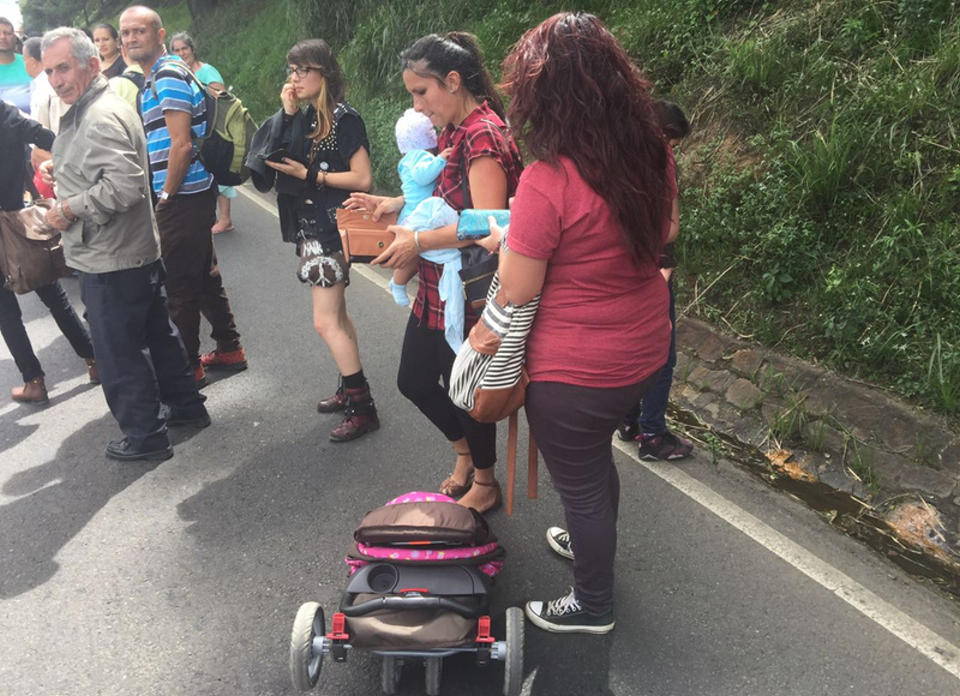 Many told the television cameras of leaving Alajuela at 5:00am for 8:00am appointments at medical centres in San Jose. It was now after 10:00am. Some decided to walk the almost two kilometres to the Hospital Mexico, in hopes that the medical centre will receive them.

A pregnant woman, almost ready to give birth, was just one of the many caught in the nightmare that according to Minister of Transport was ill coordinated and not to be repeated. At a 100 metres from the closed bridge, an ambulance awaited on the wrong side of the road, then travelling against traffic, to take her to hospital.

Drivers were in complete gridlock. The three lanes of the San Jose bound General Cañas was backed up for kilometres, traffic diverted at the La Castella for Valencia de Heredia, to get back onto the autopista in La Uruca, at the Juan Pablo II bridge. 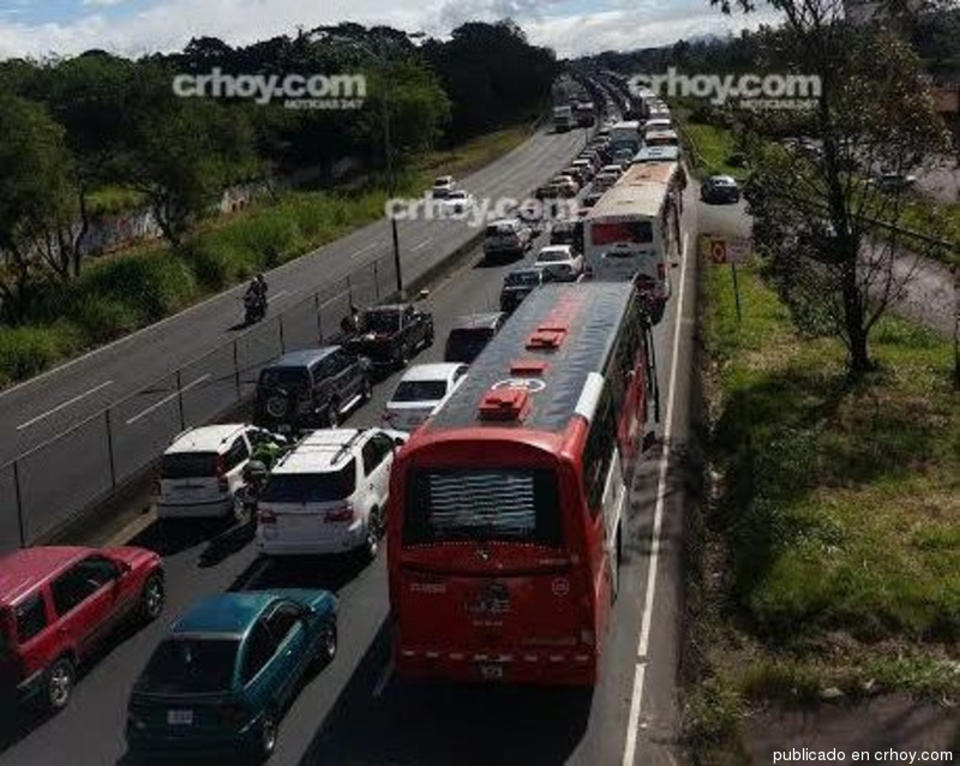 The situation would have been even worse if the planned closure of the bridge, also over the Virilla river, between Valencia and Pozeulo had not been cancelled.

By and large the Alajuela bound traffic moved normally, save for a major issue when a big bus broke down in the middle of the platina bridge, choking off one of the two lanes for almost an hour until transit authorities were able to have it removed. Moments later a fender bender on the bridge almost continued the chaos, thanks to the drivers deciding the damage was minimal and not warranting causing even more pain for fellow drivers.

The platina has been a thorn on the side of Costa Ricans for more than 8 years. The government has spent more US$16 million dollars to fix it, after a four-inch gap in one of the spans was detected, a metal plate, hence platina in Spanish, was used as a temporary fix. Several platinas are still in place and this after a complete overhaul of the bridge surface a few years ago.

This nightmare is only to get worse before the work is completed by the end of February, a date which the Ministry of Transport, Carlos Villalta, said he will resign if not met. But, wait, that date may be extended given that, as a precautionary measure, machinery and equipment were removed from the construction site ahead of Hurricane Otto. A move that could mean delay in the completion.

The next closure of the same San Jose bound side of the bridge is on Monday, December 26 starting at 10:00pm to 5:00am Tuesday, which will open and then close again for a few hours.

In the coming weeks and months similar closures will be made on the other said, the Alajuela bound lanes, meaning this platina bridge will continue to play havoc on the lives of thousands in the country and visitors who, if they fail to properly plan ahead, will lose their flights out of the country.

MOPT Says It Will Present Proposal For The Juan Pablo II Bridge. Will History Be Repeated?

RICO's DIGEST. How many times, driving in the wee...
National