The Protest Is On! 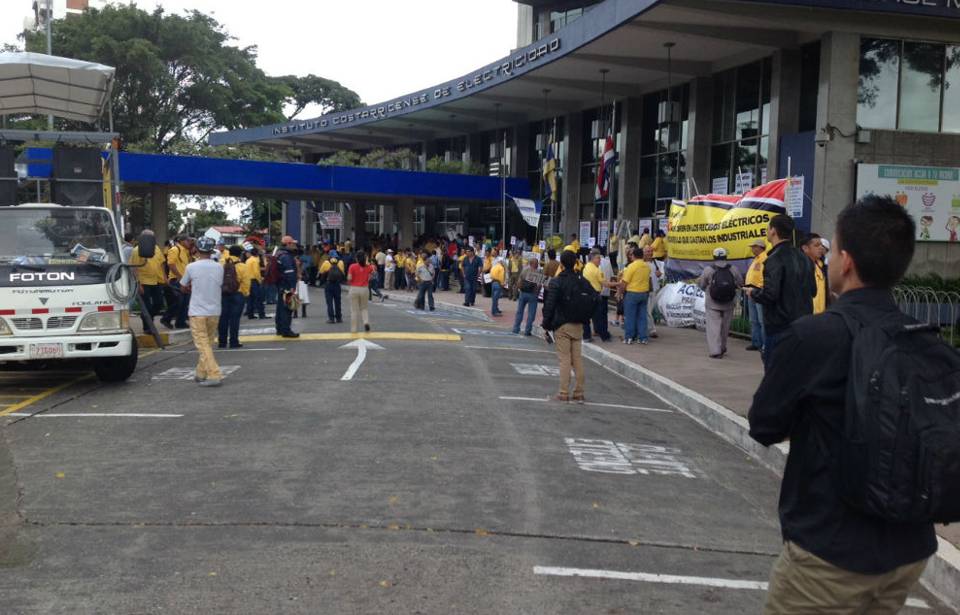 Protestors began to have their mark felt on the city of San José from the early hours of the morning Monday.

It all began minutes before 6:00am. A red colour truck with “tumbacosos” (loudspeakers) and an Undeca union flag blocked the Avenida Segunda at the Parque La Merced. Meanwhile, in La Sabana, in front of the ICE central offices, a considerable group of protestors started to gather.

Dozens of union leaders began their protests in front of the Hospital Mexico (in La Uruca) and the San juan de Dios hospital (downtown San José), all ahead of the programmed 8:00am gathering in the Parque Central.

Heading into San José, on the Autopista Genera Cañas from Alajuela, was congested more than usual and and starting earlier. At 6:20am traffic into San José was already backed up by the Hospital Mexico. By 7:30am the bumper-to-bumper was at the Firestone, a short distance from the Juan Santamaria international airport.

In La Sabana, more than 2.500 members of the Frente Interno de Trabajadores (FIT) are expected to start making their way to downtown, where they will join the thousands more in the middle of downtown San José.

If you haven’t heard it yet, here it is, avoid if you can downtown San José, La Uruca and San Pedro.

More than 100 traffic officials are assigned to control traffic and more than 200 officials of the Fuerza Pública (police) to maintain security.

QCOSTARICA (Elfinancierocr.com) Costa Rica has a total of 338...
Politics