The Protest: Tourists Forced To Walk To The San José Airport 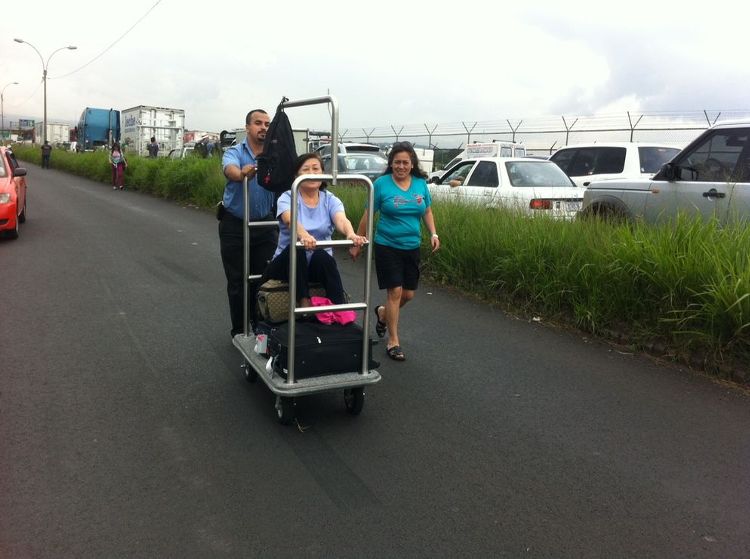 With bags in tow, many tourists were forced to walk between the cars to get to the Juan Santamaria airport terminal on time for their flight from Costa Rica.

The General Cañas from to Alajuela was completely blocked off in the area of the toll station. On the other side, protesters took to the street, blocking completely access to and from the airport terminal.

Police were on hand to ensure that tourists were able to get through the crowds without being harassed.

The human blockade of the Interamericana occurred around 10am this morning and still continuing after 1pm. Drivers trapped in between the protestors turned off their engines, some even took out folding chairs to sit it out.

TODAY NICARAGUA – The vice president of Nicaragua and First Lady, Rosario Murillo, assured that those who feel persecuted are for the crimes they...
Redaqted

Today, Wednesday, June 9, only EVENS can circulate. The measure is countrywide and applied between 5:00 am and 9:00 pm, save for those under the...
Coronavirus

QCOSTARICA - Six months after the start of vaccination against covid-19, will it be time to open the campaign to those who want to...
Disasters