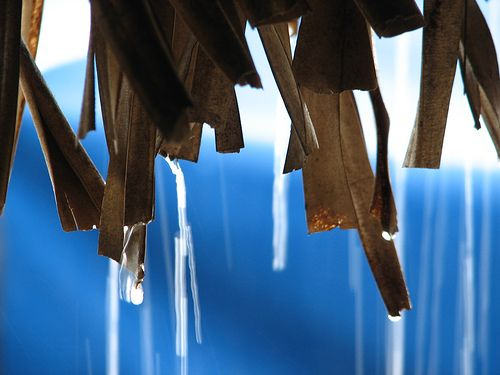 The rains finally arrived in Costa Rica, breaking a killing drought and feeding the dangerously low hydroelectric reservoirs – – but it took a tropical depression to do it. 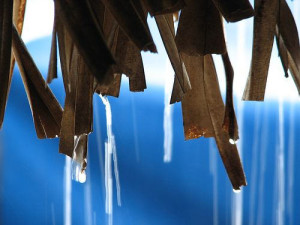 Friday morning, the rains began and extended into the evening in the Central Valley and the Pacific slope, although in the north and the Caribbean water was still scarce.

The tropical low pressure area first dumped some rain in the Caribbean area before moving on the the rest of the country. Rains had been predicted a week or so earlier but it was a false alarm.

As usual, the beginning of the rainy season caught some municipalities by surprise and caused some flooding in urban areas when clogged drains backed up. This is despite the rainy season being an annual event and not a novelty.

According to meteorological institute sources, the entire weekend would be cloudy with a drop in temperature. The experts also issued a warning about rivers and lightning.

Each year, Costa Rica suffers some fatalities from lightning in rural areas. Avoid open spaces, even if it is not raining, and never take refuge from the rain under a tree.

Rivers are another danger from flash floods. Even if it is not raining in the area in which you are, watch clouds upriver. Water can rise suddenly in rivers, becoming raging torrents in minutes.

Residents who would like to see electric rates go down are asked to have patience. Generating electricity with diesel or bunker has raised the rates due to low water levels in hydroelectric dams but it will take some time for the the basins to fill to comfortable levels.

QCOSTARICA - It is reasonable to believe the major...
Chile