The reflective vest and its use by drivers 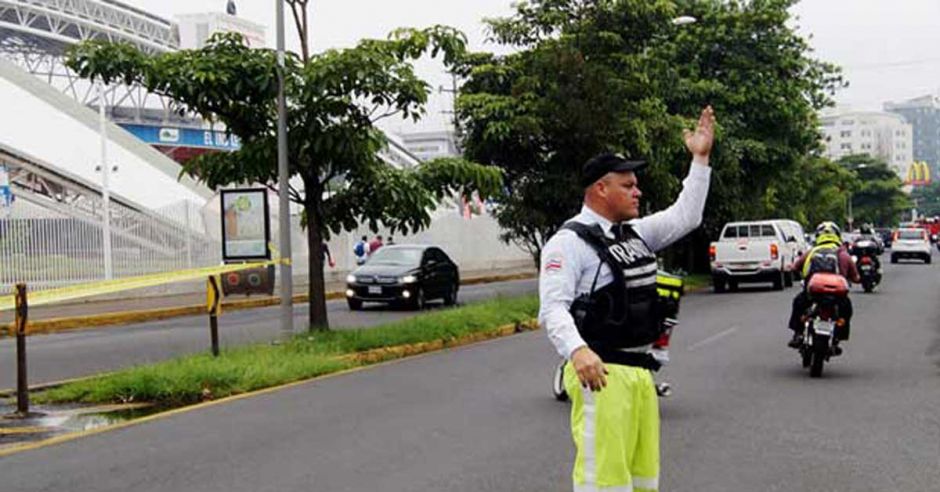 QCOSTARICA – In recent weeks a rumor spread on WhatsApp that drivers who do not have their reflective vest in the glove compartment were going to be fined.

While it is recommended that a reflective vest be handy, it is not required to be in the glove compartment, or in the vehicles’ interior, rather that it be handy for the driver to be able to use it when he or she steps out to attend to an emergency, such as a flat tire, an accident, whatever.

Though the use (wearing) of a reflective vest is mandatory for motorcyclists, it is not for drivers of other types of vehicles, ie a passenger car or truck, big or small. However, a reflective vest should be carried in the vehicle.

Article 36 of the Ley de Transito (Traffic Act) of 2012, a requirement to circulate is a spare tire and all the necessary tools to change it, along with a fire extinguisher, at least two safety triangles or other similar device, and at least one vest or other retroreflective accessory.

These are part of the “safety kit”, that in addition to the above should also include jumper cables and rope, which should be in every vehicle.

The Director of the Traffic Police (Policia de Transito), German Marín, explained that the extinguisher must be current and equivalent to triangles can be used, such as cones, for example.

“The important thing here is to focus on safety, we are taking up these aspects of the Traffic Law to advise and guide users,” Marín said.

In August of this year, the police chief said: “The important thing here is to focus on safety. We are taking up these aspects of the Traffic Law to advise and guide drivers.”

According to a clarification issued by the MOPT: “In the case of motorcyclists, wear it (the vest) whenever they ride the motorcycle and, in the case of drivers of other motor vehicles, have it on hand in case they have to get out of the car due to an accident or to change a tire, in short, to be visible on the road”.

The MOPT added that no one will be fined in case a traffic officer asks the driver to get out of the vehicle and is not wearing the vest, or in case the vest is not in the glove compartment of the car.

“We take the opportunity to clarify that no one is going to be fined for getting out of the car without a vest when they have to show an officer the contents of the trunk, nor should they carry the vest in the glove compartment, they can carry it wherever they want,” said the Ministry.

However, MOPT statement recommends that the vest not be carried in the trunk. “It is recommended that it not be in the trunk because there are many crashes from behind and it may be impossible to get at it in that event.”