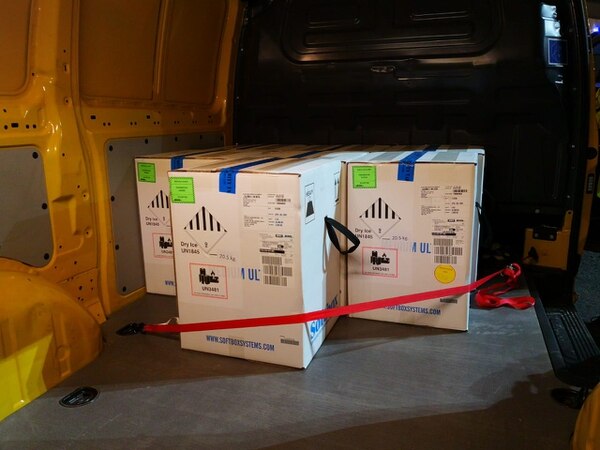 QCOSTARICA – Costa Rica paid Pfizer US$36 million dollars for the three million doses of covid-19 vaccines, that is, US$12 each.

The information was provided Wednesday afternoon by the Government after Pfizer authorized the disclosure. The confidentiality clause in the contract had prevented data such as the price from being made public.

According to a statement from the Ministry of Health, the amount includes transportation to the storage centers in Costa Rica.

“We are able to make this information known because we have managed and obtained the corresponding authorization from the Pfizer company, which was communicated to us this afternoon by its General Management for Central America and the Caribbean.

“This allows us to fully respect the confidentiality clause that is an integral part of said contract and at the same time inform our citizens about the investment made to acquire the contracted doses of that vaccine,” the statement said.

Costa Rica began the application of the vaccine on December 24, ranking among the first ten in the world to have access to the Pfizer / BioNTech vaccine.

Since then, three deliveries have been received (December 23, December 30 and January 5) for a total of 54,600 doses, and the expectation is to continue receiving product weekly throughout the year.

“This rapid and continuous access to this vaccine has allowed the vaccination of the first priority group to be in full swing, benefiting health personnel, police forces, firefighters and other front-line personnel in the response against the pandemic, as well as residents and staff of long-stay centers for the elderly.

“The Government is committed to the continued development of this vaccination campaign, because in this way the health and lives of millions of people will be protected and, in addition, greater economic activity can be developed, supporting the recovery of employment that thousands of families need,” says the statement.

On Tuesday, the National Emergency Commission (CNE), the institution that made the purchase under the Emergency Law, reported that it was waiting for the company’s response to find out what information could be released.

The Finance Ministry said in November it had set aside US$84 million for the purchase of the vaccines, for three million people, from Pfizer, AstraZeneca and through the Covax mechanism of the World Health Organization (WHO).

- Advertisement -
Paying the bills
Previous articleThe reflective vest and its use by drivers
Next articleCosta Rica recovers more than 18,000 jobs from the most critical moment of the pandemic