The Role of Rare Earth in Costa Rica’s Future

Costa Rica is becoming an even greener country than it already is; sometimes at an ecological cost for other countries, and often to the gain of a few savvy investors. 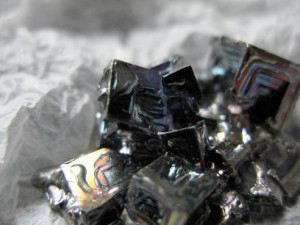 In the hills of Santa Ana, overlooking the city of Escazu and its ritzy suburbs, construction crews from the National Power and Electricity Company (CNFL in Spanish) have begun work on the future Planta Eólica Valle Central (the Wind Power Farm of the Central Valley). When completed, this project is expected to produce 15.3 megawatts of energy among 17 wind-power generators that will bring electricity to almost 6,000 families.

The Wind Power Farm of the Central Valley is just one of the projects that government-sponsored companies like CNFL, ICE and others are rushing to complete in order to achieve Costa Rica’s goal of becoming a carbon-neutral nation by 2021. In the area of creating electricity from renewable sources, public utilities are looking at new hydroelectricity projects in Pirris, wind-power farms in Los Santos that will power communities in El Guarco and Desamparados, as well as geothermic plants in Garabito, Moin and Pailas.

Each wind turbine and electricity generator installed for the purpose of producing clean energy in Costa Rica will have at least one thing in common: hundreds of pounds of rare earth, a precious mineral that is made into alloys for the manufacturing of components used in everything from lasers to magnets, and from electrodes to the screen displaying the article you are currently reading.

Wind turbines and heavy-duty generators can easily contain hundreds of kilograms of rare earth alloys, more than likely extracted via massive open-pit mining operations in China, a country that currently produces 95 percent or more of the world’s rare earth minerals. This fact puts China, a country that is currently enjoying close ties with Costa Rica, in an enviable position in terms of geopolitical power -perhaps at a great environmental cost.

The Rise of Rare Earth

Three centuries ago, Swedish scientists began to isolate and discover the first of seventeen rare elements in the periodic table. French and American scientists would later conduct research on the properties of the rare elements.

As it is often the case in many scientific discoveries, rare elements have played an important role in the arms race. It is estimated that the United States military is a major consumer of rare earth, as it can be found in optics, precision-guided munitions, advanced electronics, and more. The U.S. has been researching the application of rare earths for martial use since the Manhattan Project -which developed early nuclear weapon technology- in the middle of the 20th century. Rare earth plays a crucial role in today’s modern armament, particularly in advanced weapons systems (PDF) such as the unmanned aircraft currently flying the unfriendly skies of Afghanistan and Iraq. For the record, Costa Rica also uses drone technology -for scientific purposes.

Where to Find Rare Earth Minerals

Rare earth elements are fairly abundant in our planet, and just like many other minerals they are unevenly distributed around the planet. These elements can be extracted from alluvial sand deposits caused by the downstream flow of other elements, like water and lava, on the Earth’s magma (the top crust). Imagine all the geological changes that have occurred over millions of years; those changes increase the likelihood of widespread distribution of rare earth.

In countries like Australia, Brazil, India, and South Africa, rare earth has been extracted from sedimentary deposits. Rare earth production in those countries saw its heyday in the last century. In the United States, there is a massive rare earth deposit deep in the Clark Mountain Range of southeastern California. The Mountain Pass open-pit mine guaranteed American supremacy in rare earth production from the 1960s until the late 1980s. Since then, the U.S. has been greatly surpassed by China in this regard, due to depletion and the aggressive Chinese approach to open-pit extraction.

Afghanistan is a country that may be ripe for rare earth exploration. NATO security forces aren’t the only foreign interests combing the deserts and mountainous regions of the Graveyard Empire; the United States Geological Survey announced significant discoveries of rare earth deposits in the Helmand province just a few days after the tenth anniversary of the 9/11 terrorist attacks on American soil.

Rough geological estimates indicate that China may hold between 35 to 40 percent of the planet’s rare earth reserves, yet she has exploited her Inner Mongolia mines relentlessly to produce the great majority of rare earth used in the world. There is a good chance that the rare earth elements used in the wind turbines and generators of our current clean energy projects come from China.

Rare earth exports have undoubtedly played a significant part in the meteoric rise of the Chinese economy in the last few decades. In the last two years, however, China has significantly scaled down its production and exportation of rare earth. Other countries have speculated that this drastic slowdown suggests strategic reserves and stockpiling in the face of rare earth depletion in other mines around the world and increasing demand. China has explained that she is curbing production to concentrate on anti-smuggling efforts, but other sources have declared that over-explotation has taken a huge ecological toll that the Asian colossus is secretly trying to contain.

Modern rare earth extraction calls for open-pit mining techniques. Some of the rare elements produce radioactive waste when refined, and such waste always finds a way to enter natural sources of water supply such as aquifers, lakes and rivers. The environmental impact of open-pit mining includes erosion, major changes to biodiversity, and non-radioactive contamination of groundwater.

The known cases of ecological disasters caused by open-pit mining of rare earth include radioactive waste-water spills in Mountain Pass, a refinery project in Malaysia that has been blamed for birth defects and leukemia in the local population, and a widespread disaster in Baotou, a barren Chinese city that The New York Times once described as a place where the air smells and tastes acrid and metallic.

The high levels of volcanic and fluvial activity in our country make her a likely candidate for rare earth deposits. In recent years, geological surveys published by the University of Costa Rica indicate the presence of rare elements, particularly around protected and agricultural areas in the skirts of the Poas volcano (PDF), extending out to Sarapiqui and even out to San Carlos (PDF). Prospecting and further exploration have not taken place.

Speculation regarding China’s possible intentions to extend her rare earth empire to Costa Rica were prompted by the announcement of a possible petroleum refinery plant for CNPC, the Chinese oil company that is owned by the government. Former President and Peace Nobel Laureate Oscar Arias was a strong supporter of the project, which in the end fell through due to complex financial disagreements and pressure from environmental groups. That was back in 2007, and it fueled fear from eco-activists that such a project would be a stepping stone for rare earth prospecting.  Oscar Arias would later nix the project.

In December 2011, China announced that instead of building a new oil refinery, her Development Bank would extend a loan to RECOPE to make improvements to its refinery in Moin, Limon. Fears of rare earth prospecting in Costa Rica can be taken with a grain of salt, as open-pit mining is not a welcome activity in our country, as evidenced by the high-profile Crucitas mining project case.

The Lucrative World of Rare Earth Investing and Trading

The importance of rare earth in the geopolitical stage makes it a very precious commodity that attracts the attention of investors and traders who are willing to plunge into the world of private markets. Unlike gold, silver and other metals, rare earth elements are not traded in public exchanges like the Chicago Board of Trade or the NYMEX. They are traded separately by element, but their pricing can be influenced by more than just market conditions. There are purity and source factors to consider.

Investing and trading in rare metals involves the exchange of kilograms of the element, although physical delivery is rare. The world of rare earth trading is highly speculative due to the many factors that can affect pricing. A kilo of near-pure Europium Oxide extracted from the polluted Baotou region in China is currently priced at $3,850. Europium is widely used in the manufacturing of Magnetic Resonance Imaging (MRI) equipment in medical facilities around the world.

Respected financial analyst James Dines, author of a long-running newsletter for investors, called attention to the bullish patterns and emerging opportunities of rare earth investing back in 2009. Previous to that call, Mr. Dines had warned investors to turn abandon Internet holdings and look into raw materials and commodities like gold and oil. That was back in 2000. On his 2009 announcement, Mr. Dines highlighted the rare earth markets as extremely bullish, yet equally volatile. The factors that can make investing in commodities so lucrative -geopolitical instability, unprecedented demand, high speculation- are all present and accounted for in the rare earth markets.

So, the next time you turn on the lights in your nice home in Costa Rica, there will be a good chance that the electricity will come from a clean and renewable source of energy. There will also be a good chance that an unfortunate region of the world suffered ecologically for it, and that a savvy investor somewhere made a nice profit.